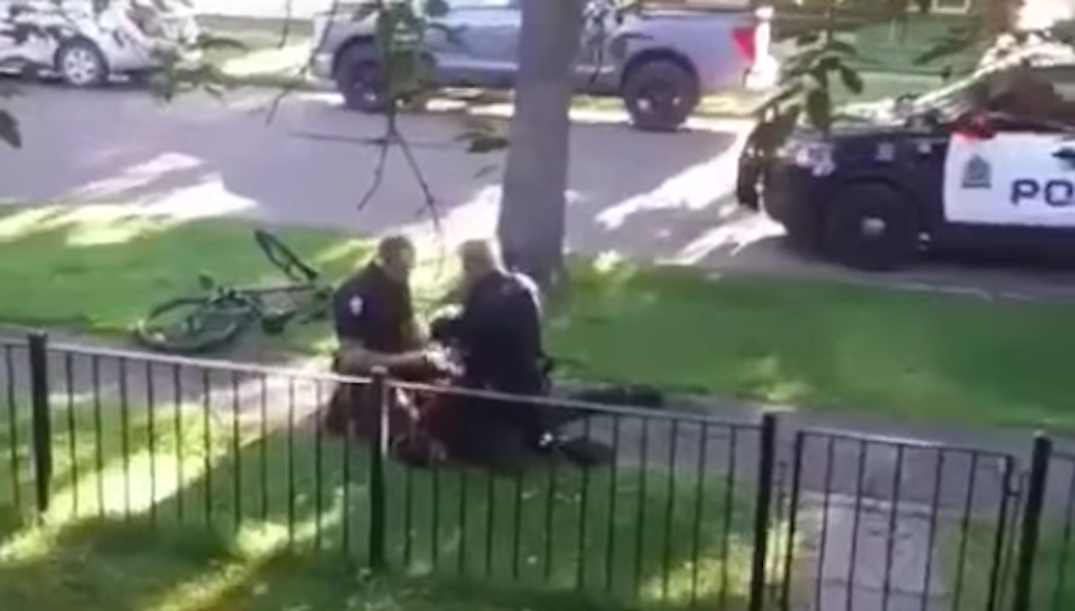 Warning: This article contains a video with footage involving violence that could be disturbing to some readers.

An officer with Edmonton Police Service has been charged with assault in relation to an incident that occurred in August 2019.

Const. Michael Partington, a four-year member with the EPS, has been arrested and charged with one count of assault, with the charges stemming from an arrest that took place in the area of 115 Avenue and 95 Street on Aug. 27, 2019.

According to EPS, the charges stem from an investigation by the EPS Professional Standards Branch following the receipt of a video on Tuesday, Aug. 29, 2019.

“Upon completion of the investigation, PSB concluded that the level of force described in the police report was not consistent with the force observed in the video and, on Tuesday, March 31, 2020, referred the investigation to the Alberta Crown Prosecution Services in Calgary to determine if a criminal charge was warranted,” EPS said in a release.

On Friday, June 12, 2020, the Alberta Crown Prosecution Services recommended a criminal charge be laid against Partington, and the officer has been removed from duty without pay.

The incident from 2019 was captured on video by an Edmonton woman, who shared the video on Facebook about two weeks ago.

The Natasha Kimberly recounts seeing the officer hit the man, who she says was already handcuffed, as well as place his knee and body weight on the man, who was screaming and asking him to stop.

As the matter is currently before the courts, the EPS says they were not able to provide further comment or information about the incident or investigation.