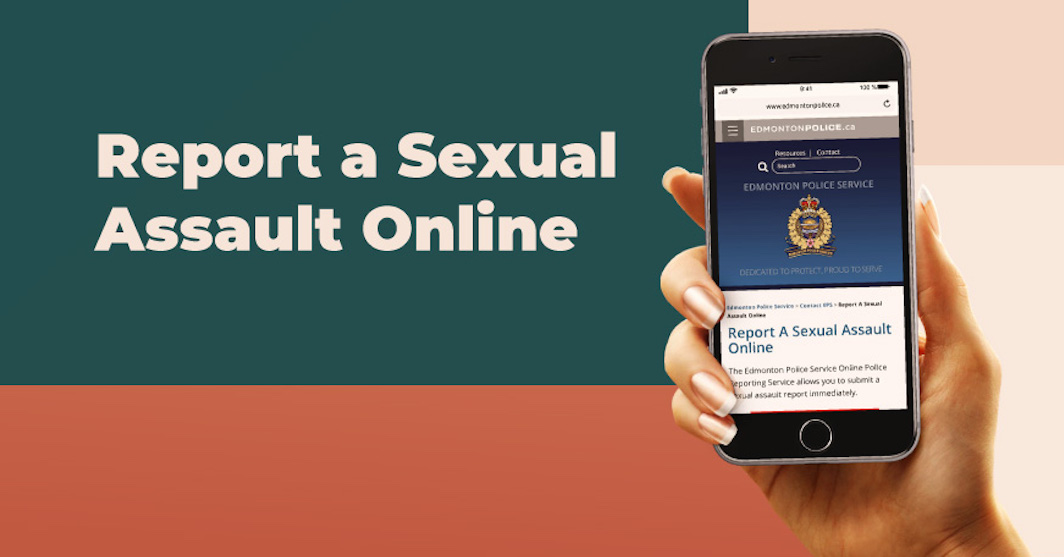 Through a new secure web-based tool, individuals can decide if they wish to submit a report or open an investigation.

Details are gathered online and then sent to the EPS Sexual Assault Section, and survivors can choose whether or not they want to pursue further steps.

According to EPS, 1,057 cases of sexual assault were reported in 2019, and 10 cases have been reported through the EPS online system since its soft launch in November 2019.

“Online reporting assists in instances where sexual assault has occurred more than seven days prior and there is no longer any physical evidence to collect,” says a release from EPS.

“Every year a large number of sexual assaults go unreported,” says Staff Sgt. Terrie Affolder, with the EPS Sexual Assault Section. “If we can make it easier for just a few of those victims to share with us, we’ll consider this a success.”

Statistics Canada estimates that only one in 20 cases of sexual assault are reported to police.

“Walking into a police station can be difficult, so giving victims the ability to choose when and how they report makes us hopeful we’ll hear from them.”

According to police, when using the tool, victims can choose to submit their report for information until they’re ready to proceed with an investigation.

“Only when they submit the report for investigation will they be contacted by an officer for follow-up,” said the release.

“When a person experiences sexual assault, their power is taken from them. One of the most important things we can do to help survivors reclaim that power is give them options about what happens next,” says Mary Jane James, Chief Executive Officer of the Sexual Assault Centre of Edmonton.

Police say that although the non-emergency line remains the primary way to report, the online tool looks to make reporting more accessible.

“If assault has happened within seven days and evidence may need to be collected, victims are encouraged to call the EPS non-emergency number, or see a SART nurse at the nearest hospital,” the release states.