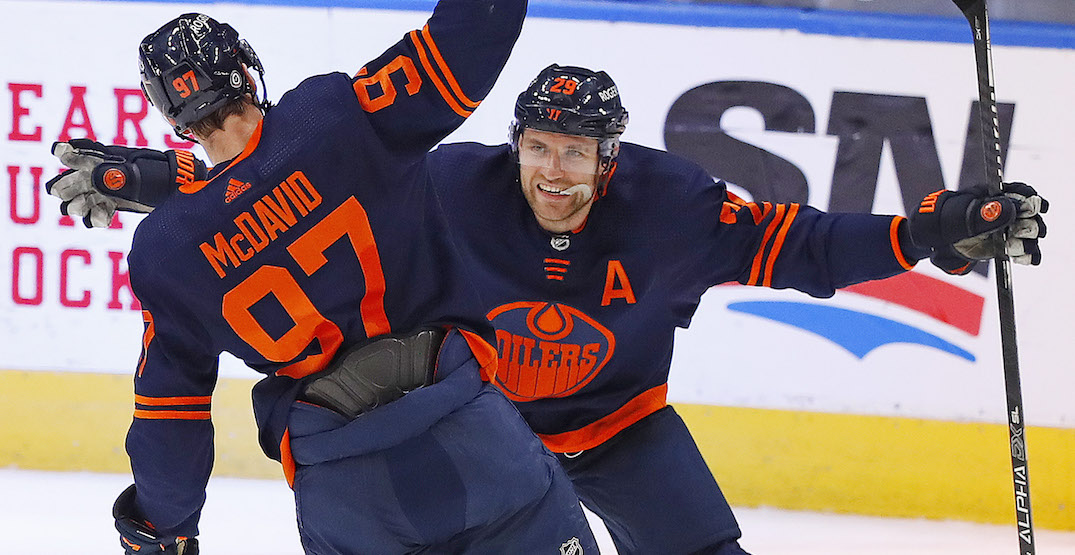 Orange is out and navy is in for the Edmonton Oilers next season.

The Oilers are making a change to their primary home uniform, according to a report from Tom Gazzola of TSN 1260.

Edmonton will turn to their navy jerseys, which were previously part of their alternate uniform.

For the jersey geeks (like me), expect the Oilers to make the navy uniform the team's primary home look while sprinkling in some games using the orange next season. A return to royal blue could come after, perhaps with a modernized look. Haven't heard anything on reverse retros.

While technically Edmonton’s home uniforms were primarily orange last season, the team opted for their navy look for most games at Rogers Place down the stretch, including both of their playoff home games.