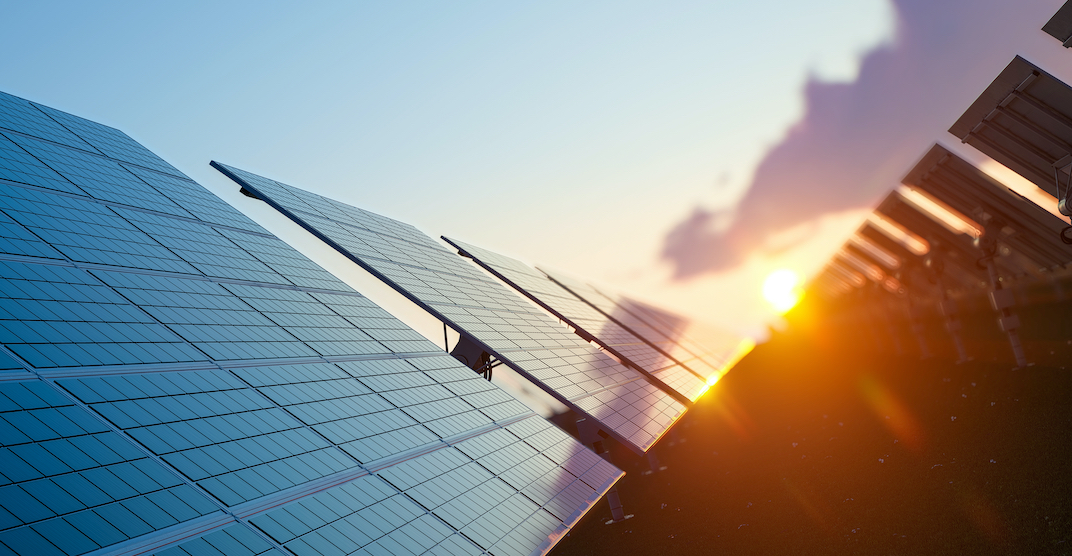 Edmonton International Airport is taking a big step towards sustainability with plans to bring the largest airport-based solar farm in the world to the city.

According to a release from EIA, a new large-scale investment from Alpin Sun will see the company develop a 627-acre, 120-megawatt solar farm on the west side of EIA’s lands.

According to EIA, power generated by Airport City Solar, composed of 340,000 solar panels, will feed into Fortis Alberta and airport distribution systems.

“One of our core principles is being dedicated to sustainability,” said Tom Ruth, president and CEO Edmonton International Airport.

“With Airport City Solar and Alpin Sun, we’re creating something the whole world will notice. We’re Canada’s largest airport by land size, so we have the space to do something very special – the largest solar farm at an airport in the world. This will create jobs, provide sustainable solar power for our region and shows our dedication to sustainability.”

The solar farm’s construction will employ 120 workers for a year, with up to 250 workers at its peak.

The project is expected to begin construction in early 2022 and be operational by the end of the year, with the facility area of 627 acres about the same size as roughly 313 CFL football fields.

“This fully private-sector investment in the world’s largest airport solar farm will create hundreds of jobs and represents an investment of nearly $170 million,” said Tanya Fir, Minister of Economic Development, Trade and Tourism.

“The project, when combined with other recent exciting investments in renewables, shows that Alberta is the most attractive place in Canada to invest, not just in renewable energy, but across all sectors of the economy.”