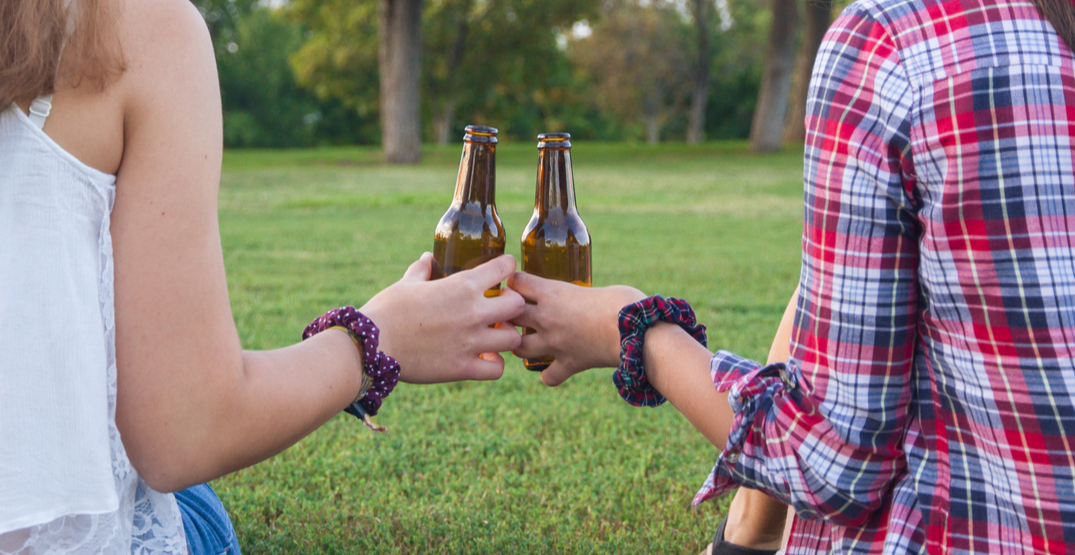 On Monday, Edmonton city council approved a pilot project to allow alcohol consumption at 47 picnic sites across seven parks in the River Valley. The pilot will run from May 28 to October 11.

Until now, drinking alcohol has not been permitted at any of Edmonton’s parks without a festival and event licence.

Those of legal drinking age can enjoy an adult beverage or two from 11 am to 9 pm daily at designated picnic sites, marked with the following signage. 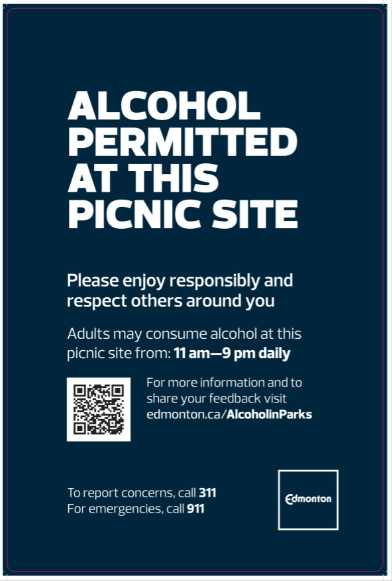 Courtesy of the City of Edmonton

The parks selected for the 2021 pilot project include:

The 47 sites where consumption will be allowed include both bookable and “first-come, first-served” picnic areas.

In a news release, the City of Edmonton noted that alcohol consumption is still not permitted at picnic sites in parks that are not part of the pilot project.

City administration will review the pilot project as the program runs throughout the summer, and plans to report results back to the city council at the end of 2021.