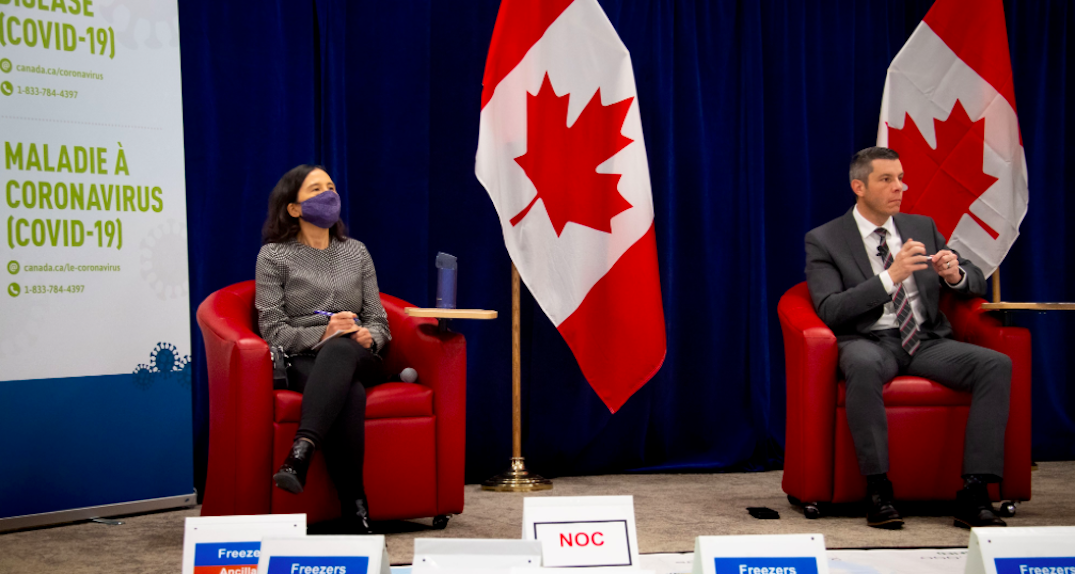 The Government of Canada said they will “actively” monitor new COVID-19 strains that have been found in the UK and South Africa.

In a statement issued on Thursday, Health Canada said that they are aware that the UK is investigating a new SARS-CoV-2 variant, “which has been identified in cases in areas where there is also a high incidence of COVID-19.”

And of a new SARS-CoV-2 virus in South Africa, which shares one of the same mutations found in the variant identified in the UK.

“The Government of Canada is closely monitoring the genetic variants of the virus that causes COVID-19 identified in the UK, South Africa and elsewhere, and is working with international partners, including the World Health Organization, to better understand these variants and their impacts,” the statement said.

Given the high number of cases of the new variant, the Government of Canada suspended entry into Canada of all commercial and private passenger flights from the UK for 72 hours, effective midnight December 20.

“These restrictions do not apply to cargo flights, technical stops where passengers do not disembark, action related to the safety of the plane, or where special authorization has been granted by Transport Canada,” the release noted.

According to Health Canada, all travellers who have been in the UK or South Africa within the period of 14 days before the day on which they seek entry into Canada will be subject to secondary screening and enhanced measures, including “increased scrutiny of quarantine plans.”

In addition, the Public Health Agency of Canada updated its Travel Health Notice to advise extra caution to Canadians if they must travel to the UK or South Africa. The Government of Canada continues to advise against all non-essential travel outside of Canada, including all cruise ship travel, until further notice.

Health Canada noted that genetic variations of viruses such as the one that causes COVID-19 are not uncommon and many other variants of the SARS-CoV-2 virus have been previously observed around the world this year.

And while early data suggest that these new variants may be more transmissible, to date there is no evidence that these variants cause more severe disease symptoms or have any impact on antibody response. But more research is required to confirm these findings.

No cases with this variant have been identified in Canada to date, based on the analysis of over 25,000 virus samples.

It’s also important to note, that at this time, there is no evidence that these variants might affect vaccine efficacy.

“The Pfizer/BioNTech and Moderna vaccines recently authorized for use in Canada have been tested against a number of other viral variants, without impact on efficacy. Health Canada will monitor the emerging variants closely and work with manufacturers and international regulators to assess the impact of the new variants on vaccine efficacy.”

Health Canada added that they, along with the global scientific community, are “actively” evaluating these mutations to better understand the potential impact it could have for transmission, symptoms of the virus, and vaccine development.