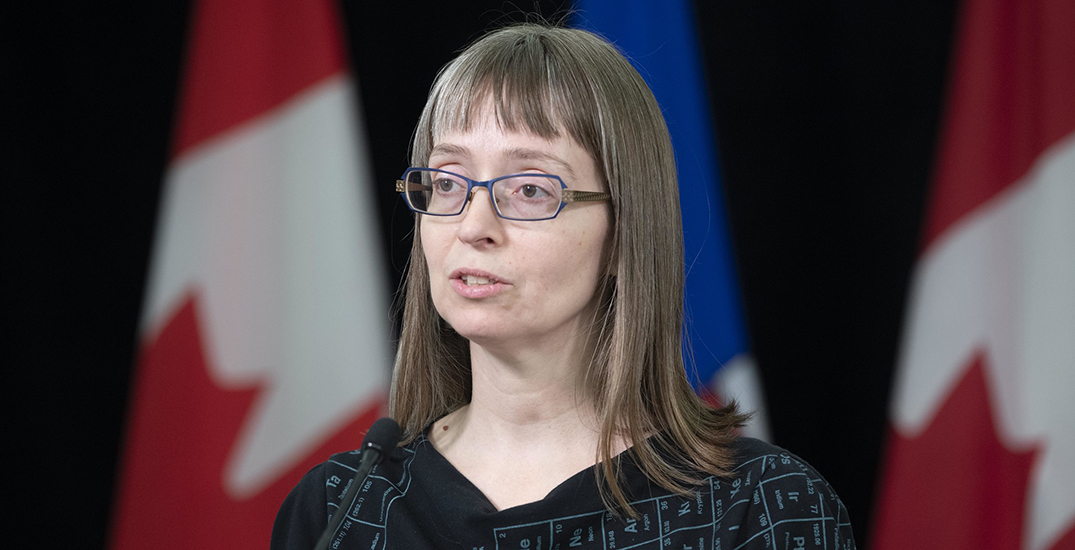 Alberta health officials confirmed the province’s first case of the Omicron COVID-19 variant on Tuesday, becoming the third province to do so.

Hinshaw says the case was confirmed in a traveller returning from Nigeria and the Netherlands and tested positive while asymptomatic.

The country’s first confirmed case of the Omicron variant was in Ottawa over the weekend. The traveller returned from Nigeria and tested positive at Montreal’s Trudeau Airport.

On Monday, Hinshaw said that it was only a matter of time before Omicron was detected in the province.

Last week, the federal government announced new travel restrictions in light of the new variant. So far, travel restrictions have only been applied to seven southern African countries. Other countries reporting Omicron cases include the UK, Germany, Israel, Netherlands, Denmark and Australia.

Premier Jason Kenney acknowledged on Monday that 156 international travellers had been identified who have returned within the past two weeks from one of the countries listed in Canada’s enhanced border measures and were contacted over the weekend on current health protocols.

Those households were also offered rapid testing kits as well as PCR tests.