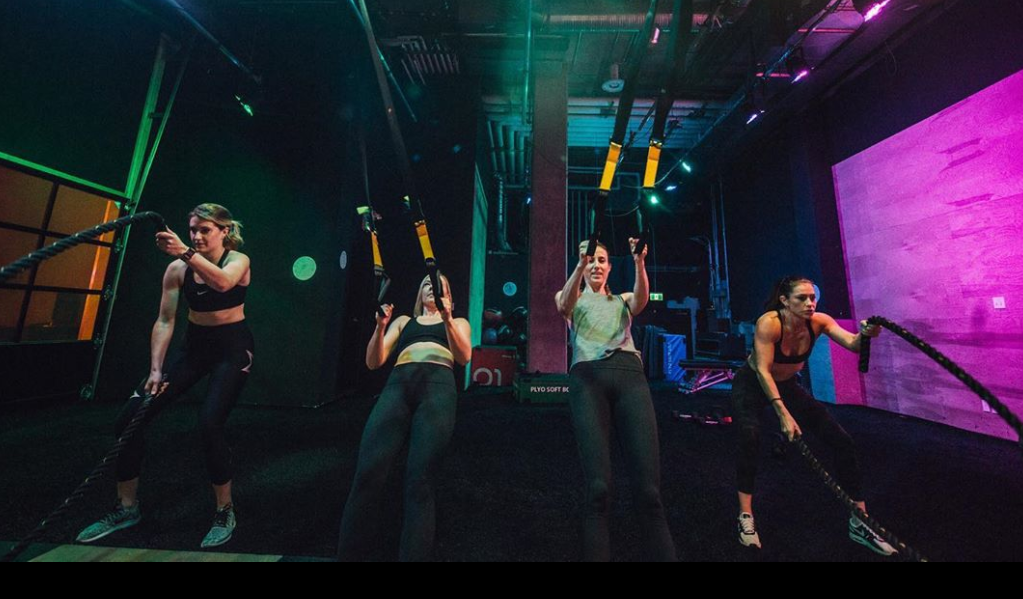 Who knew a trip to the Kitchen could be so productive?

Unlike my usual visits to the kitchen, during which I stare idly at an open fridge until I finally decide to eat the rest of that large Dairy Queen Blizzard (it was a fiscally responsible decision), time spent at Kult’s Kitchen studio is an entirely different experience.

Calgary’s Kult YYC Fitness is unique in that it actually has two entirely different studios to work out at, the Climb Studio and the Kitchen. I had the opportunity to visit the latter thanks to a group outing organized by Daily Hive Calgary’s coworking space, WeWork.

Kult is located just east of 1st Street SE on 14th Ave SW — within a stone’s throw from the BMO Centre, and about a 10 minute walk from the heart of downtown Calgary.

Kult first opened in March 2018 and has been running their two studios in tandem ever since.

Here’s what you can expect from your first Kitchen session at Kult.

Walking into Kult finds you in quite a large open area. The reception space blends in with part of the Kitchen, and unlike many class fitness studios, the entrance to the main Kitchen is a wide doorless opening.

Everything is bright and encouraging, from the decor on the walls to the futuristic floating chairs that make for an ideal pre or post-class gram.

The changing rooms are spacious and have everything you’d need to freshen up before getting a sweat going — including lockers that can be secured with studio-supplied locks.

What impressed me most about the hour-long session at Kult’s Kitchen was the sheer diversity of exercises we took on.

Our group was cycled through four different stations, with each station featuring three different workouts.

Whether it be jump ropes, sprints, weights, crunches, or squats, whatever exercise you’re on will only last for about 30 seconds before rotating to the station’s next. We did four rotations through each exercise before taking a (short) break and heading off to the next station.

The constant switch up keeps your body from becoming too fatigued by the one movement or lift, but, more importantly, it keeps your mind from getting bored of that same exercise, because you’re off to the next one before you even know it.

The wide variety of movements and exercises make for great cardio and ensure that a number of different muscles are having their time to shine.

I’d suggest a Kitchen class just for the chance to try out a bunch of different exercises that could be added to a gym-goers regular routine, as there were definitely a few I had never even thought to try out before.

One of the highlights of the Kitchen classes, in my eyes at least, is that they absolutely fly by. Because you’re constantly moving around the space, discovering new exercises, and switching stations every 10 or so minutes, Kult avoids attendees’ minds from ever wandering off to thinking “Are We Done Yet?” because there just isn’t any time for that boredom to seep in.

The entire sessions ends with a quick cool down that incorporates some yoga movements, and then it’s showers, a quick pic on those fancy chairs, and heading home feeling a little sore (especially in the places you didn’t even know you had muscles) but extremely accomplished.

What’s arguably best about the Kitchen classes are that they are done entirely at your own pace and fitness level.

There’s no beat that you need to try to catch, and there are no recommended amount of reps that you need to do. You’re obviously encouraged to get in there and have a good workout, but, because everyone is so occupied with their new exercises, it hardly feels like there are any eyes on you as you tackle your own station.

All in all, Kult’s Kitchen classes pack an effective, purpose-built workout into the space of just an hour that’s over before you even know it. 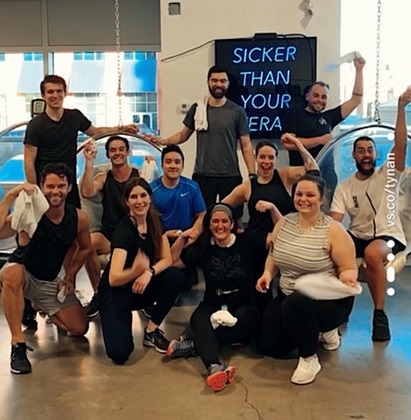 They might not be quite as fun/dancy as some to-the-beat workouts, but the straightforward, exercise-focused formula was honestly a welcome change of pace from the pop-song blasting, instructor-yelling style that you’d find at your regular spin class.

We’re also sure that Kult’s other studio, the Climb, lands a little closer to that format, so the fact that one fitness studio offers both types of workout classes is a definite plus.