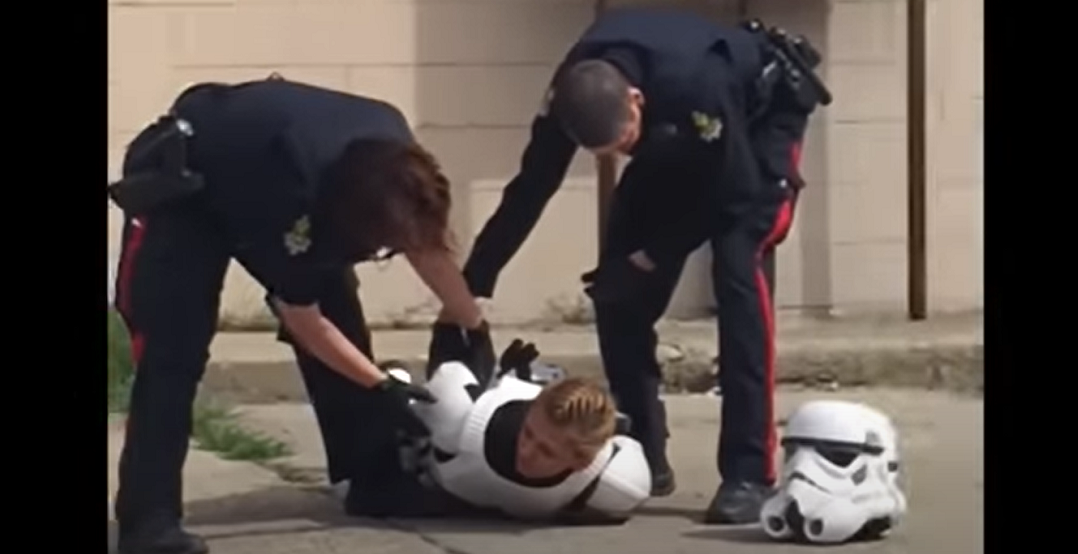 The Lethbridge Police Service has launched a service investigation after a woman dressed as a Storm Trooper was injured during an interaction with some of its officers.

According to a release from the service, 911 had received two calls on Monday morning reporting someone carrying a firearm on the 500 block of 13 Street N.

It is believed that the woman had been promoting a local business, and had been dressed as a Storm Trooper for Star Wars Day, aka May the Fourth.

The costumed woman dropped the fake firearm when police arrived, but was hesitant to comply with their orders to get on the ground.

Police eventually got her to the ground and handcuffed her, during which she reportedly sustained minor injuries.

The gun was ultimately confirmed to be fake.

Following the review of a video uploaded by Deiby Corleoni that saw circulation on social media, Lethbridge Police Service Chief Scott Woods has called for a service investigation under the Alberta Police Act “that will look into whether the officers’ acted appropriately within the scope of their training and LPS policies and procedures.”

The video can be viewed below, though it should be noted that it contains some profanities that may not be appropriate for all viewers.

The Lethbridge Police Service is expected to provide a public update once the service investigation has been completed.