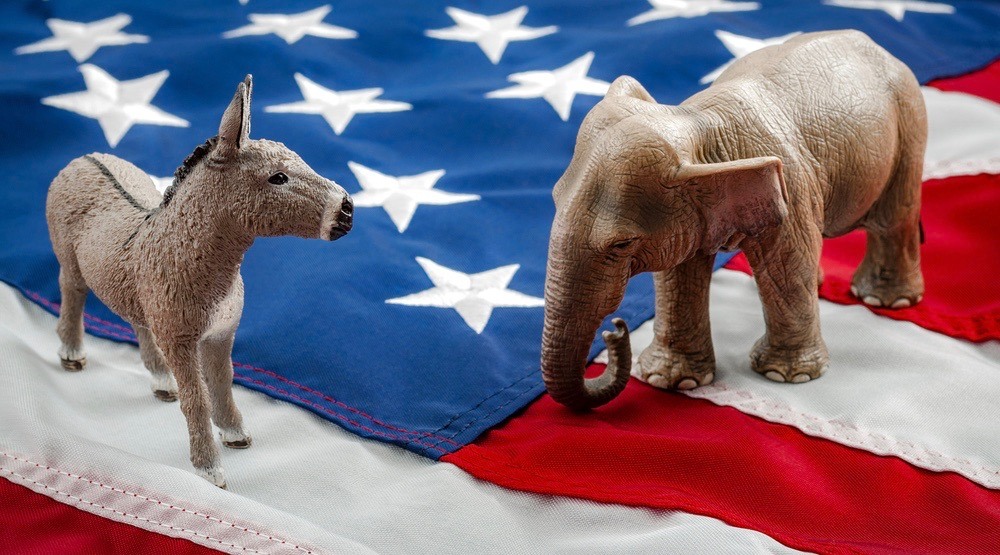 In case you just woke up from a five-month long Pokemon Go journey that saw you walk across all of Canada, lose your job, break up with your life partner, legally change your name to Professor Oak, and dive (far too) deep into the existential meaning of both virtual and metaphysical life, you’re probably aware that the 2016 US presidential election is taking place today, November 8.

In fact, even if all that stuff happened to you we bet you’d still know. It’s been impossible to miss. Regardless of where in the world you are.

And now, thank goodness, it’s about to end.

However, if you’d rather skip the hours of updates to come, the countless minutes of pundit pontificating, and the endless seconds of repeated sound bites and get to the time when you can simply find out who will be the next President of the United States – we got you. 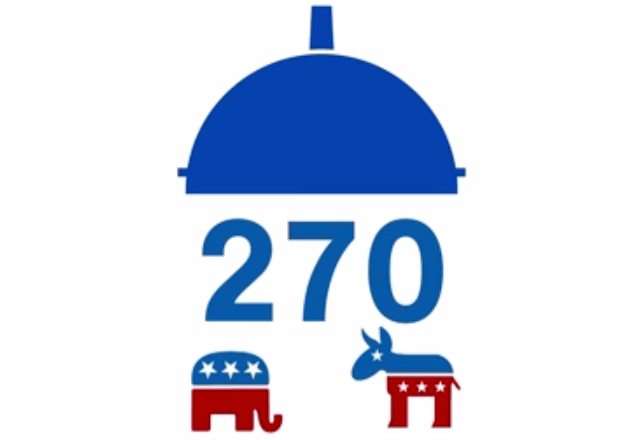 Networks love exit polls. This is that thing where they interview people who’ve just voted and try to use those small numbers as indications of larger trends. Depending on the results of exit polls (particularly in key battle ground states), the election could be called much earlier than usual, as CNN explains, “In order for Trump to win, he would need to secure all of the states currently considered battlegrounds, including Florida, Arizona, Nevada, North Carolina and New Hampshire.”

Keep in mind that you’re dealing with 50 states across six time zones (four in the continental US). So that’s a lot of polls over a lot of time zones that need to close up. Luckily, Politico has a great little map (click to enlarge) that shows what time each state’s polls close: 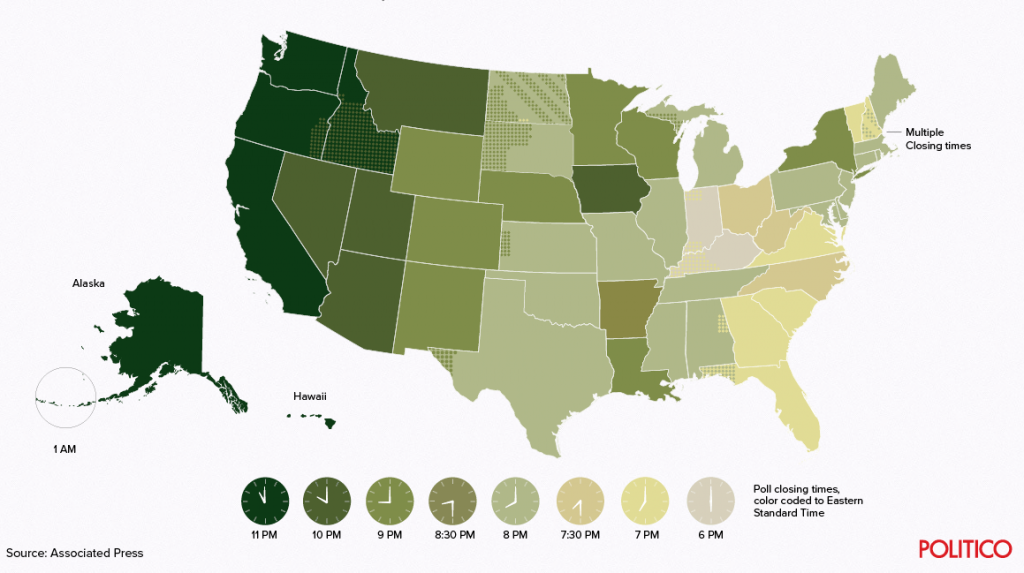 This means that there are some very important times to tune in, if you want to know which way the election is looking to go. Here are some times that could either make or prolong the declaration of a winner: