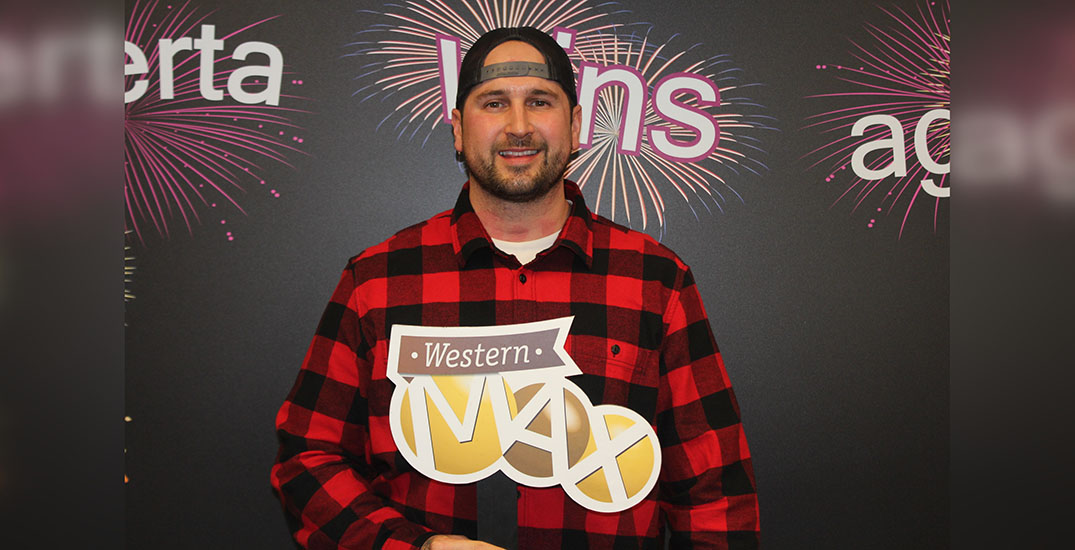 Derek Downey can’t explain the feeling he had when he saw that there was a $1 million winning WESTERN MAX lottery ticket sold in Calgary.

“I told my wife that I was pretty sure we won. She smiled and nodded, but I was serious,” he told the Western Canada Lottery Corporation.

“I just knew I had that ticket.”

As it turns out, he was right.

Two days after the January 12 draw, Downey checked his ticket on the mobile app. Even though he already knew it was a winner, he was surprised to see his numbers there.

Downey plans to share some of the money with his family, pay a few bills, and put the rest in savings and investments.

As for any future plans for the winnings?

“One day we would like to buy a retirement home in British Columbia,” Downey said.

“That’s a long-term dream we’ve had for a while.”

With an extra $1 million in his pocket, that long-term dream just got a little more achievable.

Downey purchased the ticket from a 7-Eleven as part of a $24 Super Pack.