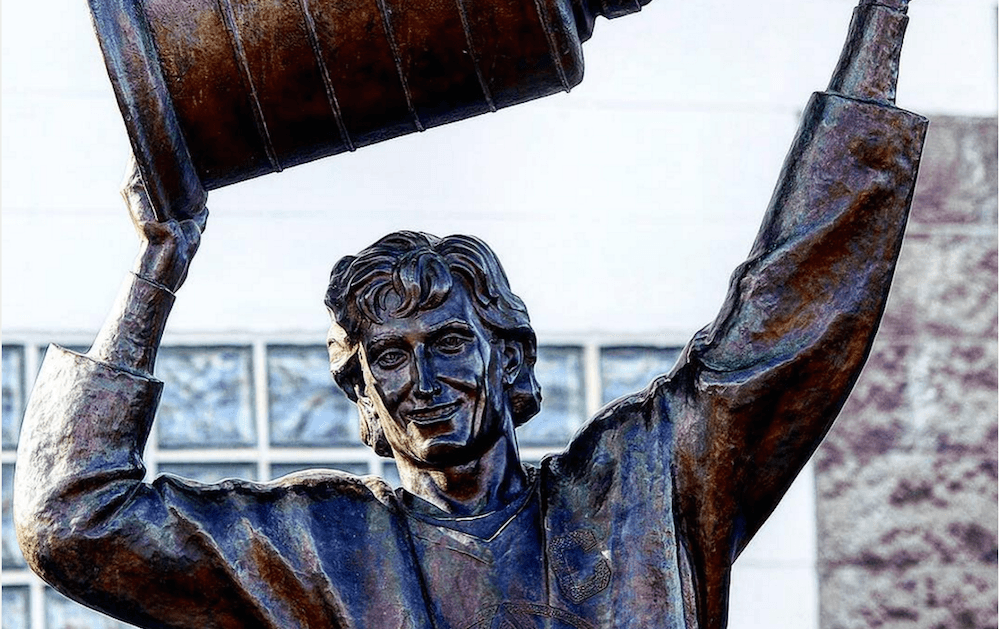 The Great One’s statue, a staple for the last 27 years at Edmonton’s Rexall Place, is on the move.

In anticipation of Rogers Place opening this October, Gretzky’s statue has been taken down from it’s home at Rexall Place and shipped down south to it’s birthplace.

The 430-kilogram bronze statue of number 99 holding the Stanley Cup over his head was created in Cochrane, Alberta in 1989.

The statue is getting a little tune up, a deep scrub and wax before it goes on display in front of the Oilers’ new arena, Rogers Place.

#TheGreatOne is on the move! The iconic #Oilers statue was removed from its longtime spot at #RexallPlace today & will be installed outside #RogersPlace in the coming weeks after getting some cleaning & touch-ups. #Gretzky #OilCountry