The heart of ski season is here. As a result social media is peppered with selfie sticks, GoPros, goggles, and spectacular views.

It wasn’t always like that on the slopes of the Rockies of course, but one thing that’s certainly not changed over the years are those views. Don’t believe us? Check out these vintage pictures of skiing in the Rockies for a visual history of how it used to be done.

1. The first skiing was done in Banff in 1894 after a local had a pair of skis sent to him by an American friend. 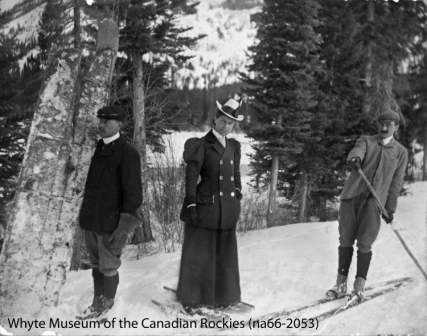 2. In 1911, Austrian mountaineer Conrad Kain built a ski jump down Tunnel Mountain right onto Caribou Street near what it is now the Banff Centre. 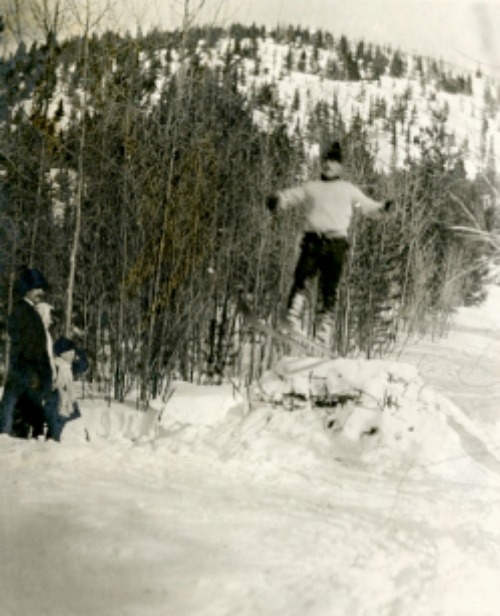 3. Ski jumping was a popular past time and, for a while in the early 20s, there was a ski jump on the top of the Calgary Stampede grandstand. 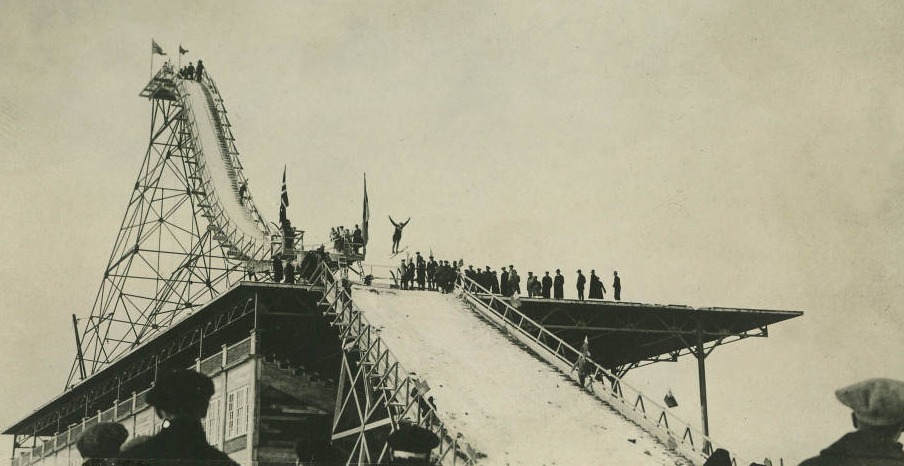 4. And another in Elbow Park. 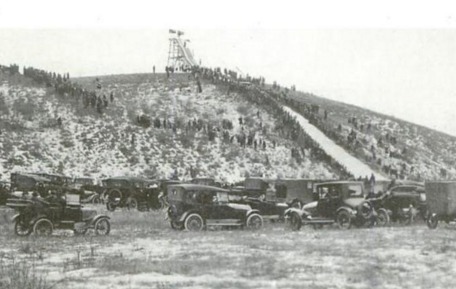 5. Okay, this isn’t winter, but this is hand-tinted photograph of Chalet Lake Louise is still important to the area. It was built by the CPR to cater to tourists in the area. One wing was destroyed by fire in 1924, a Chateau would rise to take its place. 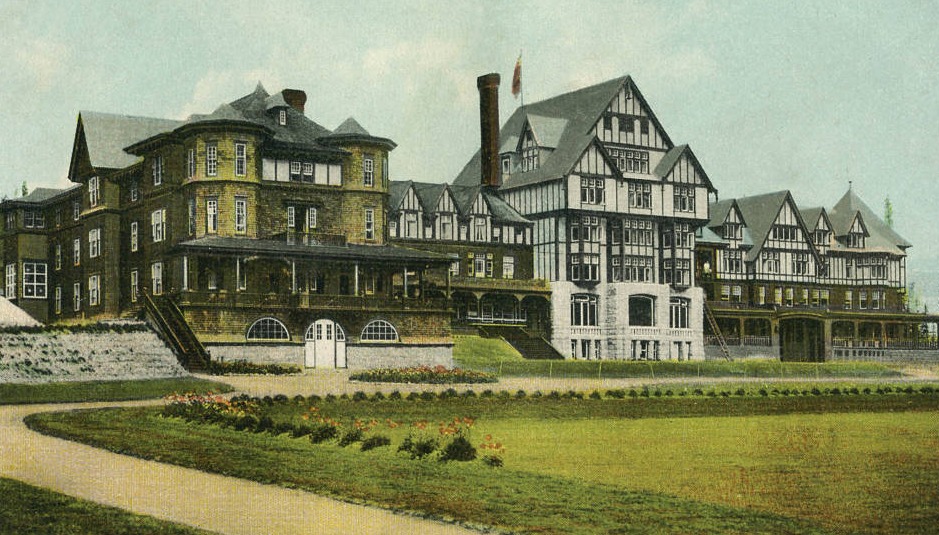 5. Canadian Pacific was a big driver of tourism to the Rockies and quickly capitalized on skiing’s popularity to drive winter business.

6. In the spring of 1928, the first of what would become the annual Slush Cup was held at Sunshine. 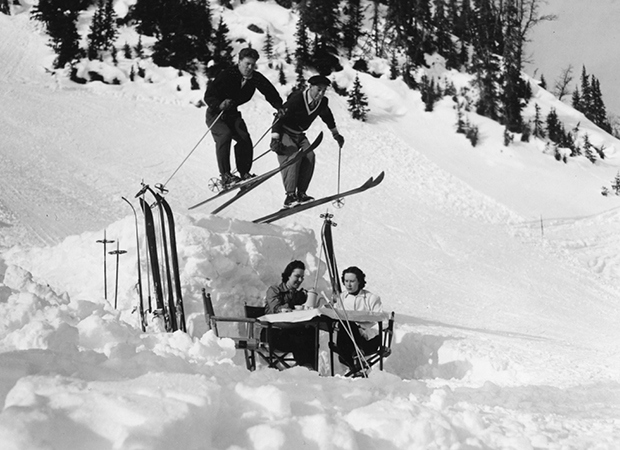 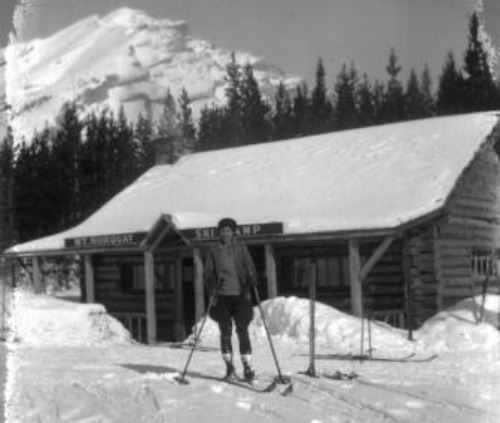 8. Sunshine Village first hosted guests in 1934, when Jim Brewster, president of Brewster Transport Company leased the cabin that was built by the CPR. 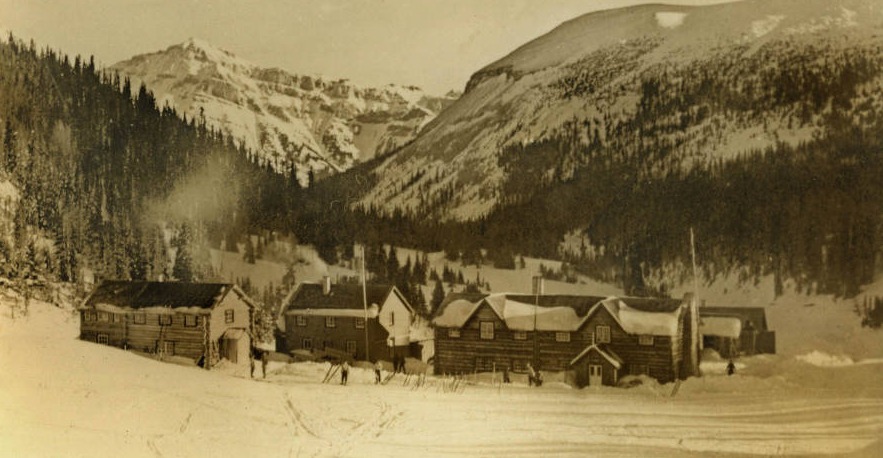 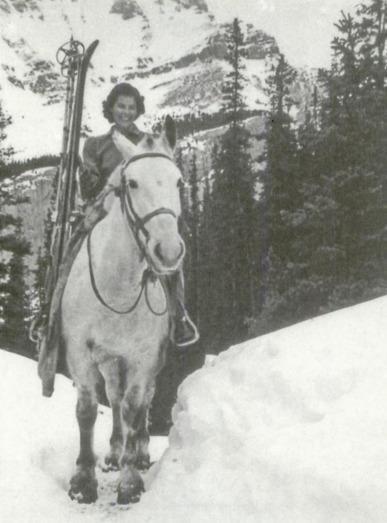 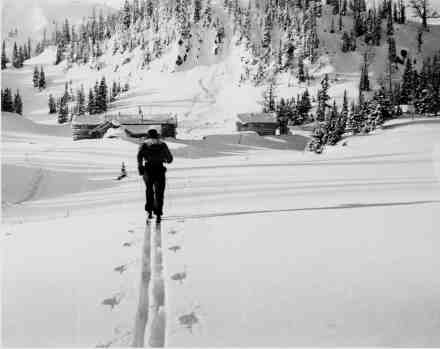 11. Even back in the day, powder hounds chased virgin terrain as these pics from the Skoki area show. 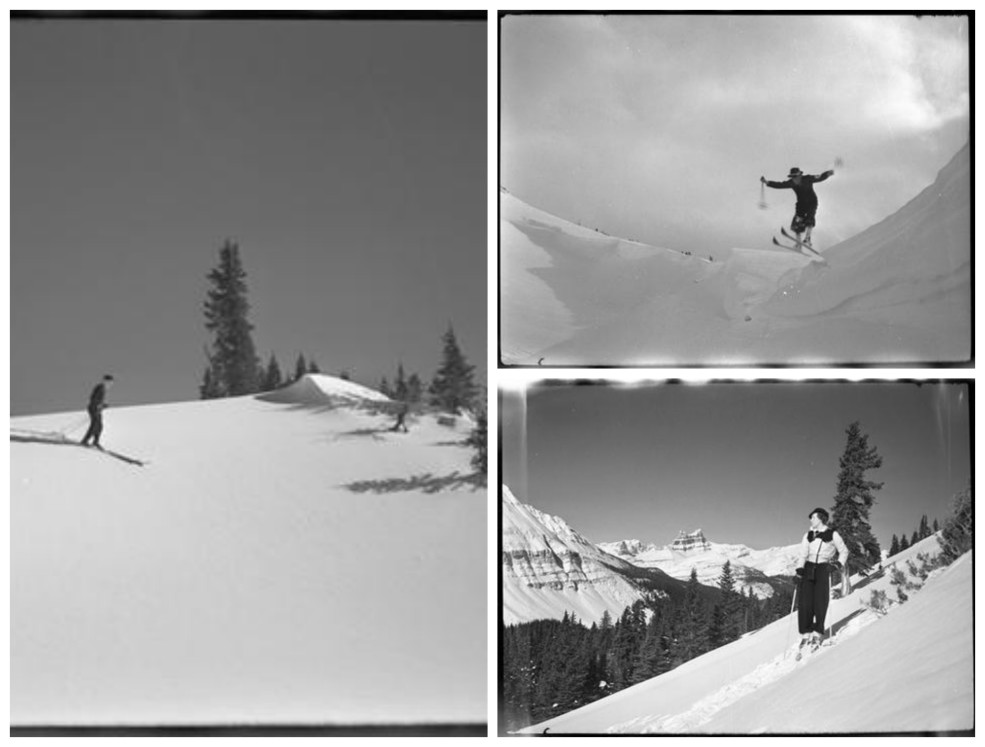 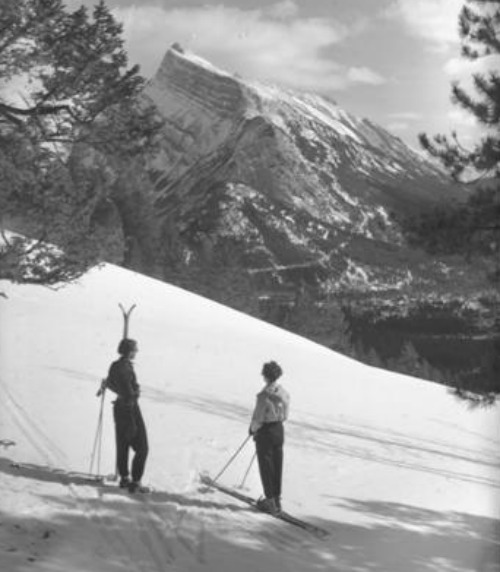 13. Banff Avenue has changed a bit, but Cascade Mountain looks just as awesome as she did in the late 30s. 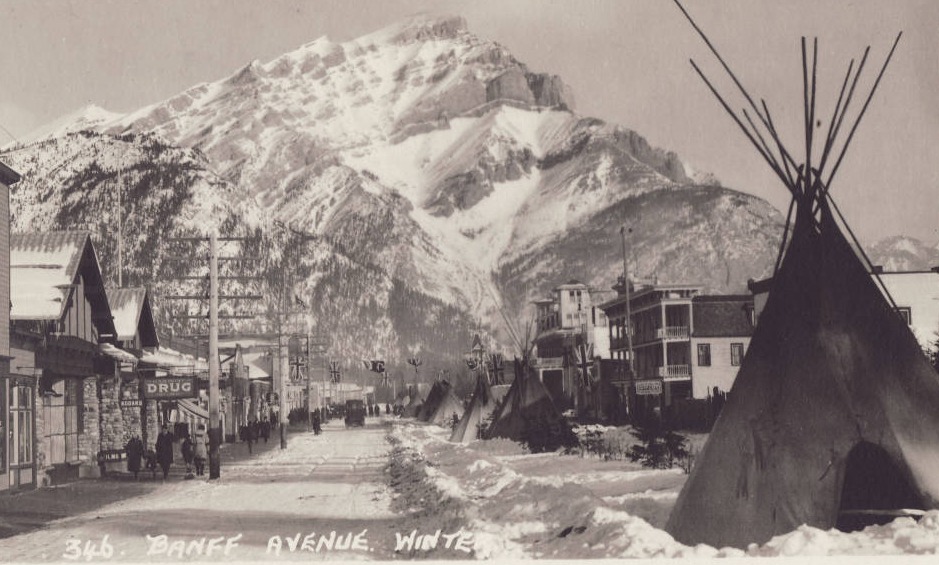 14. In the early 1940s a road was built out to Sunshine and both it and Mount Norquay installed the first motorized lifts to get skiers back to the top of the run – rope tows powered by car engines. 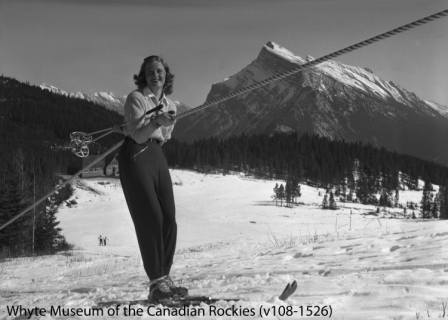 15. In 1948, the first chairlift in the Rockies opened at Mount Norquay. At first it was built for summer sightseers, then the downhill skiers discovered it and the sport boomed in the area. 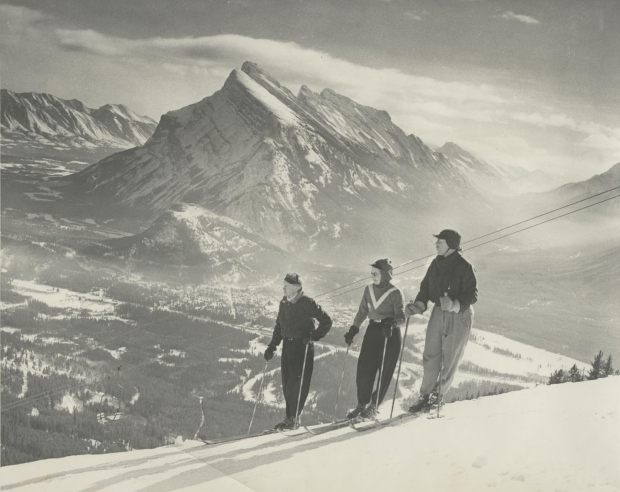 16. By the 50s, skiing in the Rockies was in full swing as these snowmobiles taking riders up to Sunshine in 1953 shows. 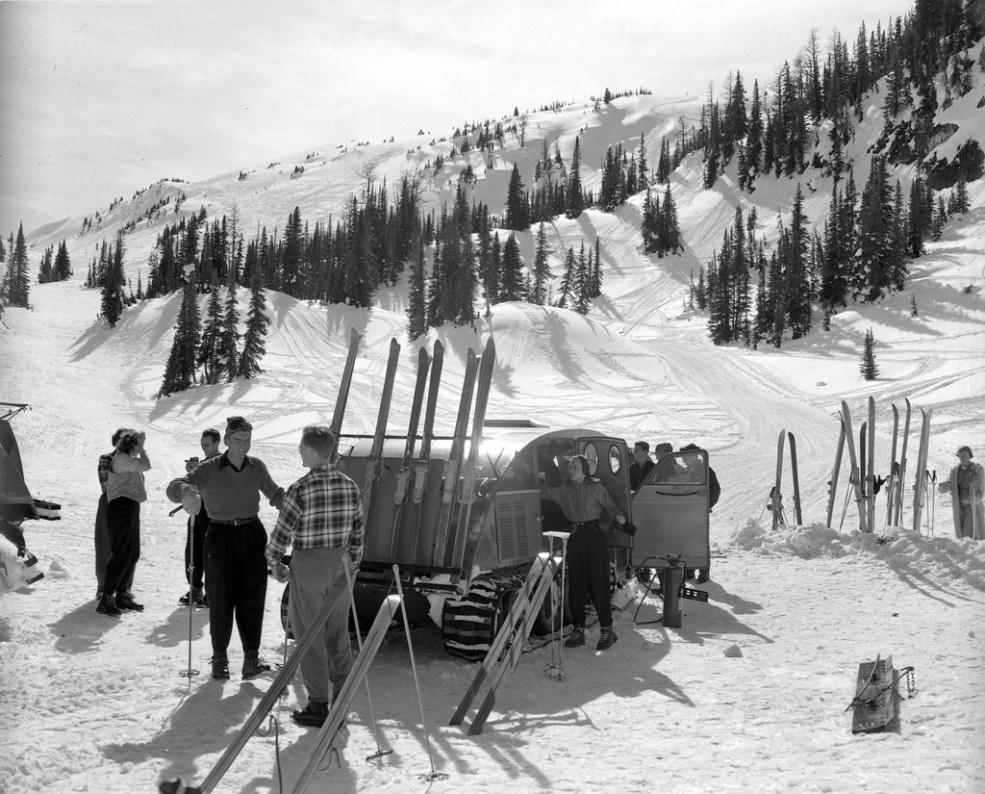