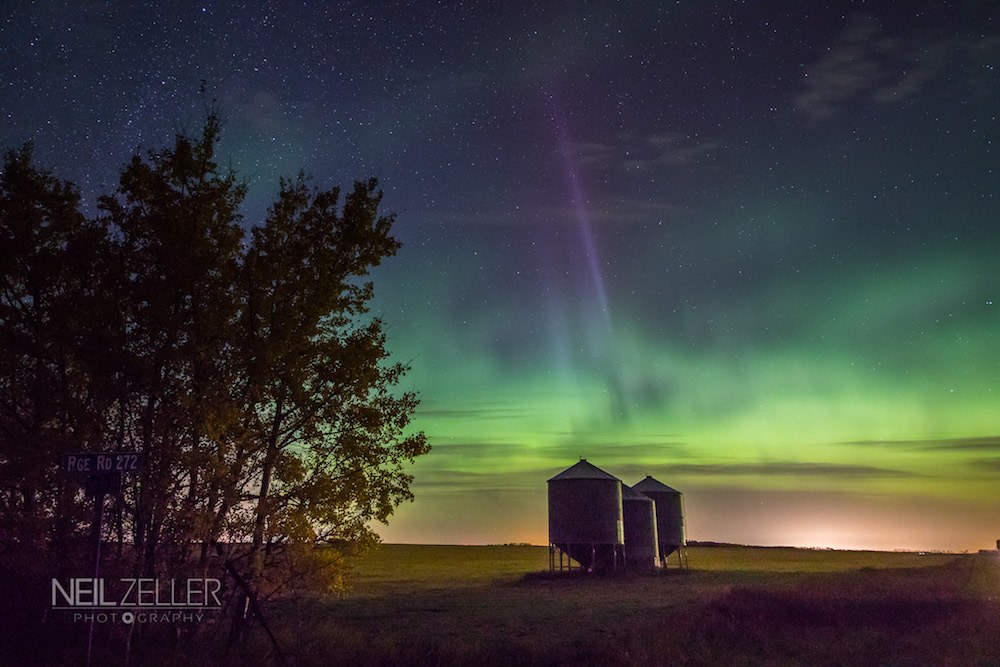 Calgary photographer Neil Zeller is known for his exceptional ability to capture the beauty of Calgary and Southern Alberta with his camera’s lens.

During last night’s solar flare, Zeller did it again and has been kind enough to offers up five places to take pictures of the aurora from Calgary, where you’re sure to catch a great shot and show.

Horseshoe Canyon is just west of Drumheller. It’s wide open to the north sky and when the moon is out, it illuminates the canyon details nicely.

Drive about five kilometres northeast of the Banff and you’ll find Lake Minnewanka. It’s a very popular spot for Aurora viewing. It can be annoyingly busy with headlights and flashes, but a top spot nonetheless.

Out on the Prairies 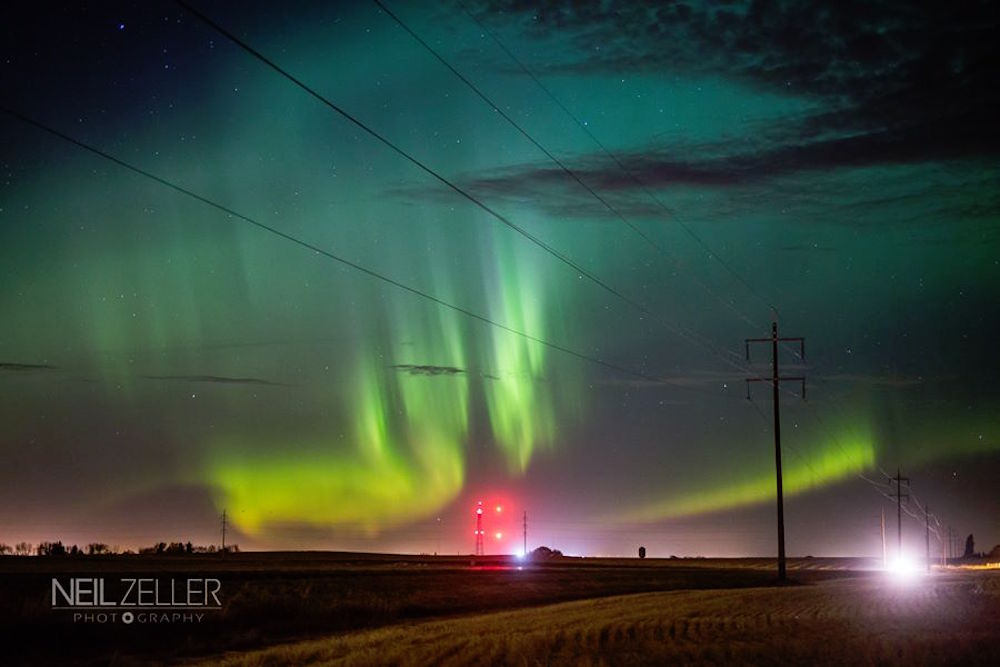 Drive North or East of the city, about 45 minutes to an hour out until the city lights are dimmed behind you. Park your car in a safe spot, potentially picking a spot on top of a hill with view to the Northern Horizon.

When the lights are really strong, it’s possible to see them from inside the city. You still need to find a dark space such as a large park with no streetlights nearby. Up on Nosehill is ideal.

If you are willing to travel a bit, the farther North you go, the better the aurora show will be. Edmonton has at least a factor of 3 stronger aurora than we do, and it only gets better as you travel even further North.

Zeller says to remember the aurora that you see photographers posting are created using long exposure techniques. While a strong aurora show is impressive to the eye, sometimes a weaker one can be missed completely visually but at the same time a camera is producing nice colourful images.

He suggests staying off your phones when you are looking up at the night sky, as it takes up to 20 minutes for most of the effects of bright lights to leave your eyes so you can truly see the night sky in it’s glory.