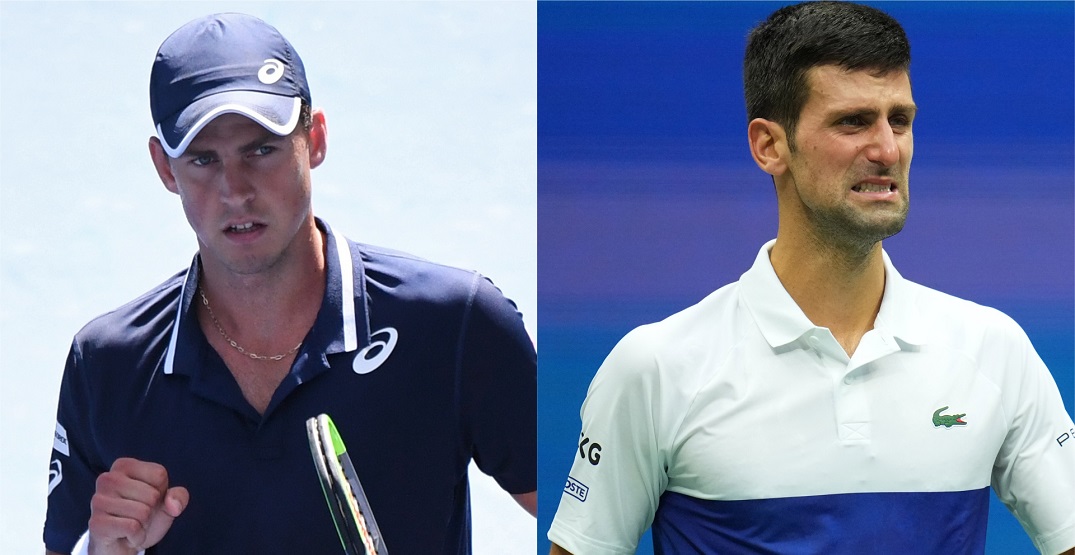 The 31-year-old Vernon, BC, native said that Djokovic’s deportation from Australia (and subsequent departure from the Australian Open draw) resulted from a “political agenda” ahead of the country’s May 2022 federal election.

Djokovic, the nine-time Australian Open champion who is unvaccinated against COVID-19, spent 12 days in Australia before it was ruled that his visa would be cancelled for a second time, with his appeal to stay in the country being overturned.

Djokovic’s initial visa cancellation was overturned due to him not being given enough time to talk to his lawyers while under detention but was revoked again a week later.

“Novak would’ve never gone to Australia if he had not been given an exemption to enter the country by the government,” Pospisil wrote on Twitter.

“He would have skipped the Australian Open and been home with his family, and no one would be talking about this mess. There was a political agenda at play here with the elections coming up, which couldn’t be more obvious. This is not his fault. He did not force his way into the country and did not ‘make his own rules,'” Pospisil added.

“He was ready to stay home.”

.. talking about this mess. There was a political agenda at play here with the elections coming up which couldn’t be more obvious. This is not his fault. He did not force his way into the country and did not “make his own rules”; he was ready to stay home. [2/2]

Pospisil and Djokovic have a previous working history as founding members of the Professional Tennis Players Association (PTPA). Pospisil is currently ranked 133rd in the world in the ATP singles rankings, while Djokovic maintains the No. 1 spot.

Djokovic’s initial exemption was granted by Tennis Australia and the Victorian state government rather than the Australian federal government.

His application for an exemption — based around a mid-December positive PCR test — was sent to the Australian Open organizers a week after their initial December 10 deadline.

Australian health minister Greg Hunt had also reportedly written Australian Open organizers stating that a positive test without full vaccination status would not be grounds for entry into the country.

In travel documents upon arrival to Australia, Djokovic also reportedly wrote he had not travelled in the 14 days prior to his arrival in Australia, despite being pictured in both Serbia and Spain in the previous two weeks, per CNN. Djokovic chalked this up to “human error” in an Instagram post.

Allegedly falsifying these documents goes against the idea of him not “making his own rules,” as Pospisil claimed.

Djokovic was given a three-year ban from Australia, though Australian prime minister Scott Morrison said there was a chance this could be overturned.

“There is the opportunity for [Djokovic] to return in the right circumstances, and that will be considered at the time,” Morrison said on a 2GB radio appearance, per Sky Sports.

The Djokovic-less Australian Open began yesterday and continues through to January 30.