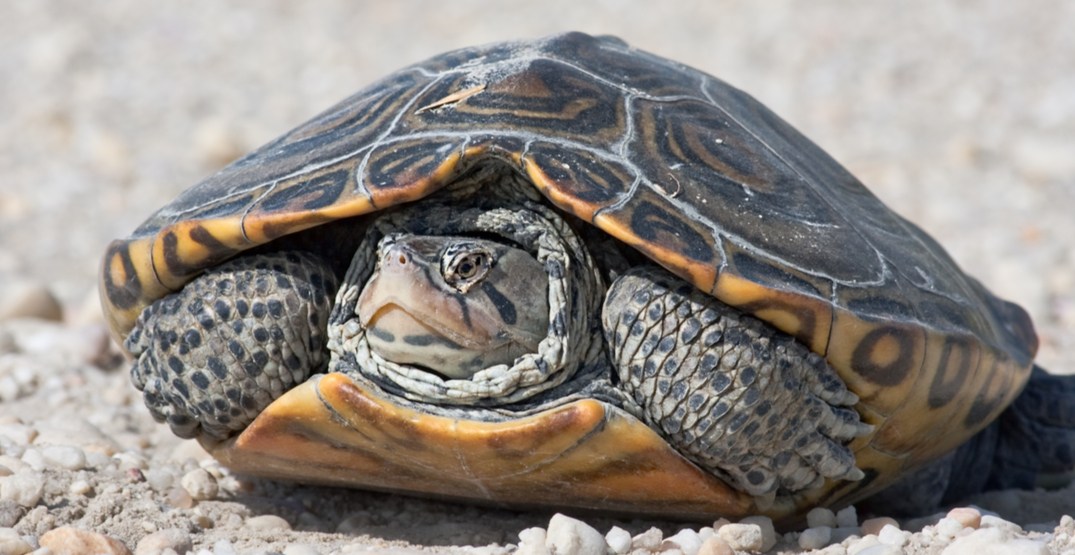 Turtles such as this diamondback terrapin were among those being smuggled in. (Shutterstock)

A Vancouver resident has been ordered to pay $18,000 in fines after pleading guilty to a smuggling attempt of 19 turtles into Canada.

The investigation began on January 27 of last year, when Li Wan failed to declare 19 live turtles (made up of 16 different species) at the Canada-US border.

In a release this week, Environment and Climate Change Canada (ECCC) said that Wan was fined for violating the Wild Animal and Plant Protection and Regulation of International and Interprovincial Trade Act (WAPPRIITA).

“All turtles were seized from Mr. Wan and forfeited to the Crown,” the ECCC said.

The penalty will be directed towards the Government of Canada’s Environmental Damages Fund.

“Environmental crime is a serious and growing international problem,” said ECCC. “The poaching and illegal trade of wild plants and animals is estimated to be worth over $155 billion USD per year and rising.”

Of the 16 species of turtles, six are listed in the Convention on International Trade in Endangered Species of Wild Fauna and Flora (CITES). The CITES-listed turtles include: Spotted Pond Turtle, Pearl River Map Turtle, Black-knobbed Map Turtle, Diamondback Terrapin, and Fly River Turtle.

A permit must be obtained prior to importing CITES-listed turtles into Canada, the ECCC noted.