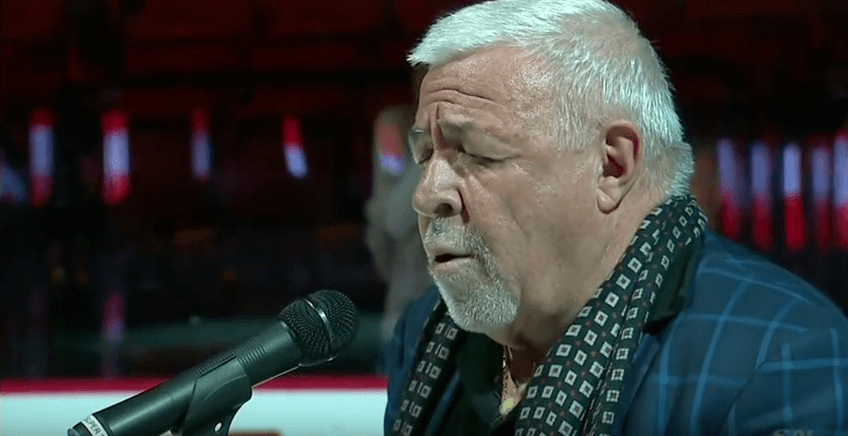 Near the end of the American national anthem, his microphone began to cut out. Lucky for Byrnes, hockey fans in Vancouver are familiar with the lyrics to the Star Spangled Banner.

The faithful at Rogers Arena finished off the American anthem, and when the audio malfunction couldn’t be fixed in time, they sang O Canada in its entirety as well.