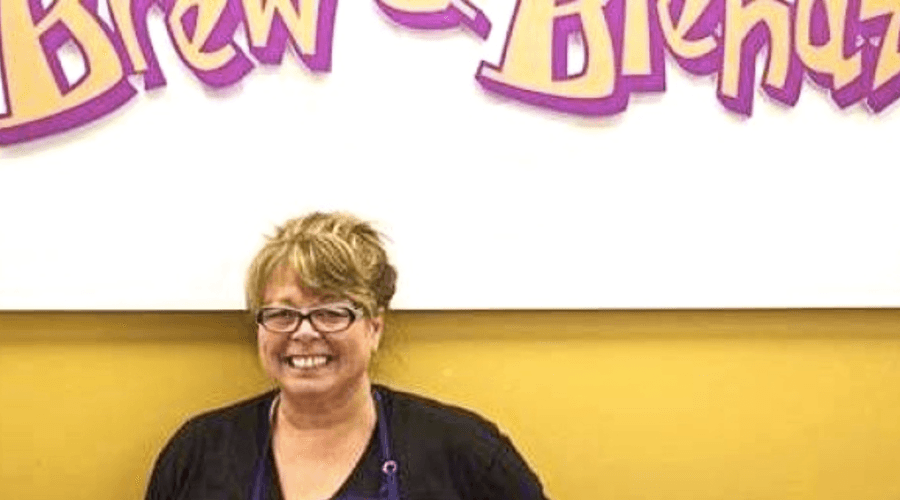 The sudden death of a popular barista at a University of Calgary coffee shop has inspired students and staff to start a petition to honour her legacy.

Annette Schmirler was the popular manager of Brew & Blendz coffee shop in the university’s Kinesiology building. She passed away suddenly on October 14.

Now, the University of Calgary’s campus community is petitioning to honour Schmirler by renaming a hall in the Kinesiology building after her.

The petition is set up on change.org and highlights the positivity Schmirler brought to students and staff.

“The effect Annette had on students and staff could never be described as ordinary, her love and positivity was infectious to everyone she met,” reads the description. “Whether you were exhausted from midterm season, or hating the world before an 8:00am class, or a home-sick first-year living in residence, Annette would never fail to brighten your day.” 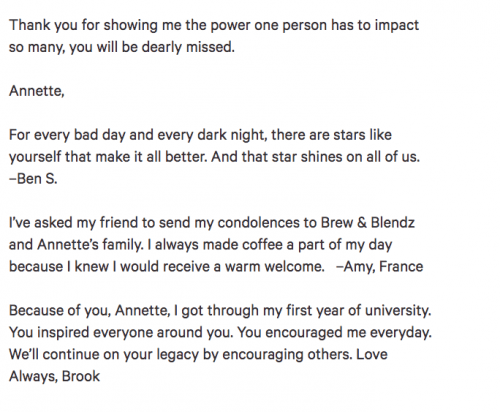 The petition then goes on to explain the reasoning behind the name change.

“While Baron Pierre de Coubertin did contribute to the ideas of modern sport his legacy cannot compare the direct and immeasurable impact Annette had, and her memory will continue to have on our campus and everyone who knew her.”