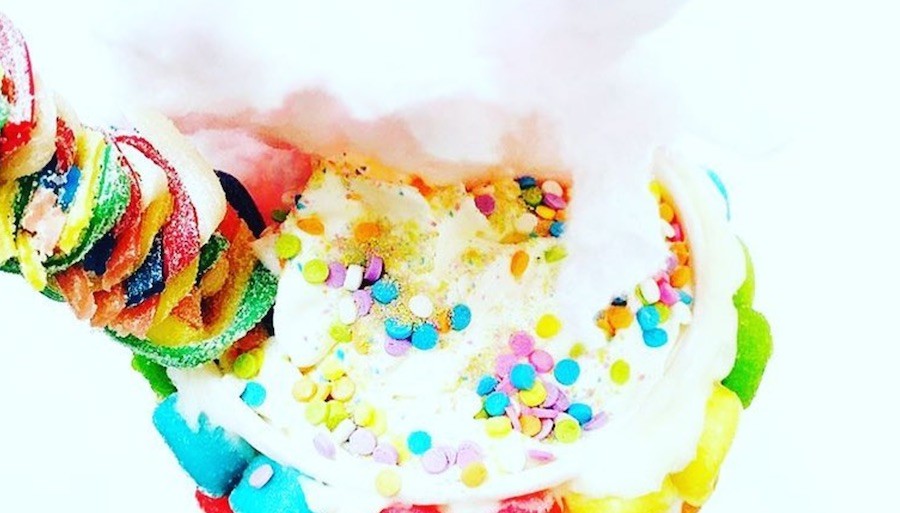 Cowboys and cowgirls, it’s the most glorious time of year in Calgary: Stampede! And that means you’re going to want to put a fresh notch in your belt…to make room for all the decadent eats that you’re about to consume on the Midway.

This year there’s one drink that is absolute unicorn-y, and it will sweep you away on a sugary rainbow wave of sparkly insanity.

It’s from Family Freezed (of course!) and it may not be the first bev that comes to mind when you think Stampede, because it’s a white hot chocolate. 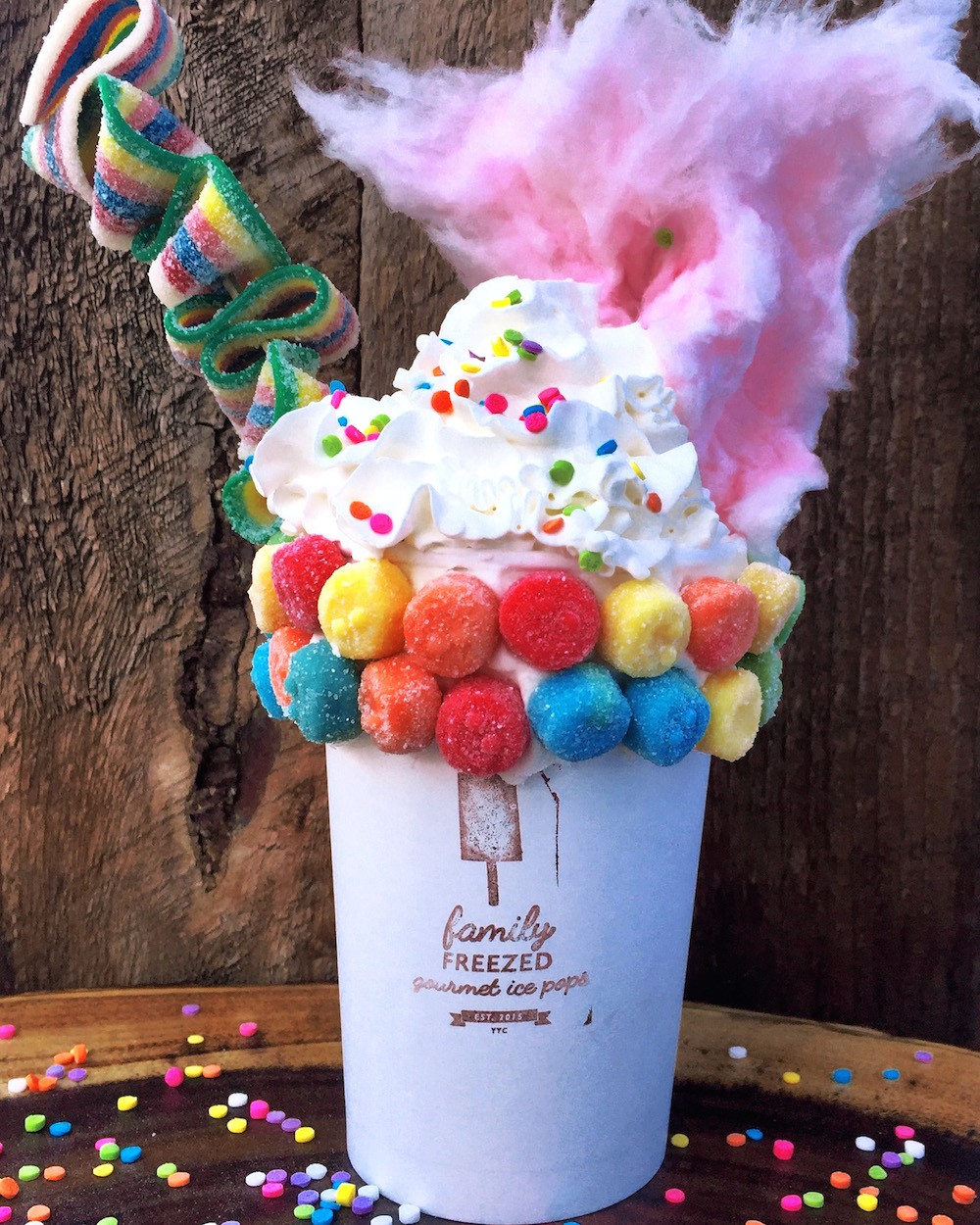 The unicorn drink doesn’t come with magical powers–at least not according to the menu–but if you manage to consume the full rainbow-y sweetness, you might experience a burst of energy akin to having magical powers.

True, the Stampede isn’t the first and only chance Family Freezed has given Calgarians to try the Unicorn White Hot Chocolate, but if there’s any time of the year you’re going to go for it, it’s Stampede, right?

If this drink isn’t enough rainbow craziness for you, look for other new Midway eats this year at the Stampede like the colourful Cereal Monster ice cream sandwiches, a big bowl of Unicorn Cookie Dough, and lots and lots (and lots) of stuff decked out with cotton candy.