Trunch. It doesn’t exactly roll off the tongue in a smooth and sexy way, but that doesn’t matter. Because what goes on your tongue when you’re having “trunch” will make you smile. 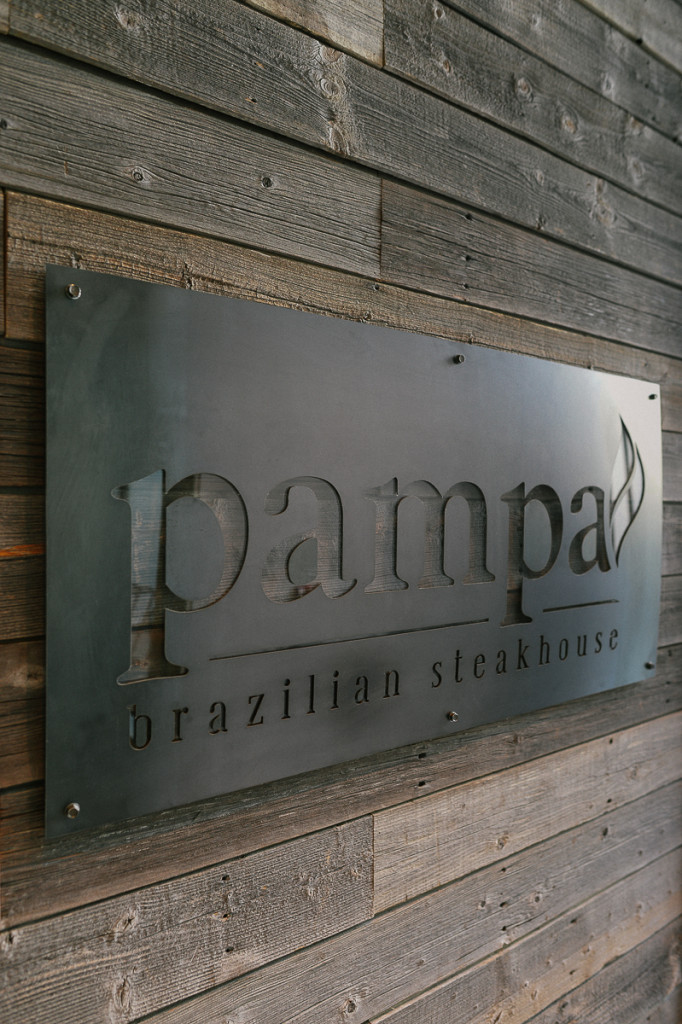 Pampa Brazilian Steakhouse has created a weekend afternoon delight that is part buffet, part rodizio table service, part afternoon tea, and all delicious. I was a guest for the inaugural Mother’s Day trunch service and my boys are already asking if they can have their birthday party at Pampa.

The long narrow room runs the street front of a newer building on 10th Ave SW giving the entire space an abundance of bright light. You’re greeted by a floor to ceiling display of wine bottles in the foyer, and then escorted into a room that mixes rustic Brazilian cowboy charm with modern elegance.  Barn boards and horse herd wallpaper decorate the walls while red tiles brighten up the kitchen space. 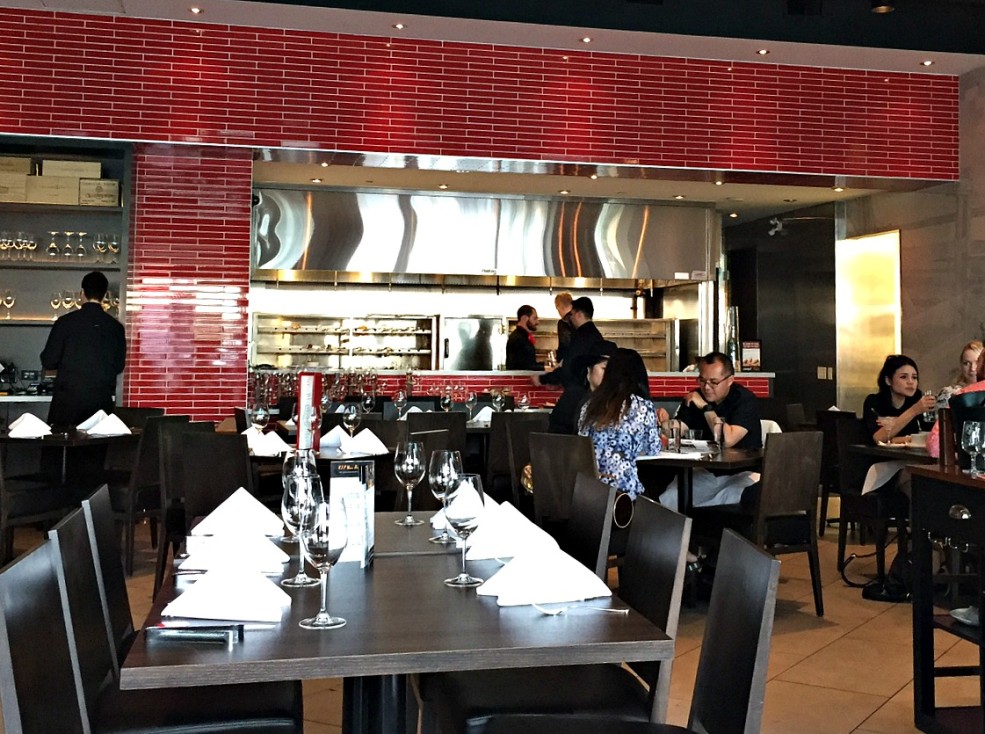 Pampa Brazilian Steakhouse first appeared in Edmonton in 2011 and expanded south to Calgary in January of 2015. Pampa takes its name from the prairie regions of South America where the churrasco was born. Tales of the legendary horse riders of the Pampa dates back to the 17th century. The people of the region were cattle-herders with a diet mostly of meat cooked over open-pit fires on large wooden or metal skewers. 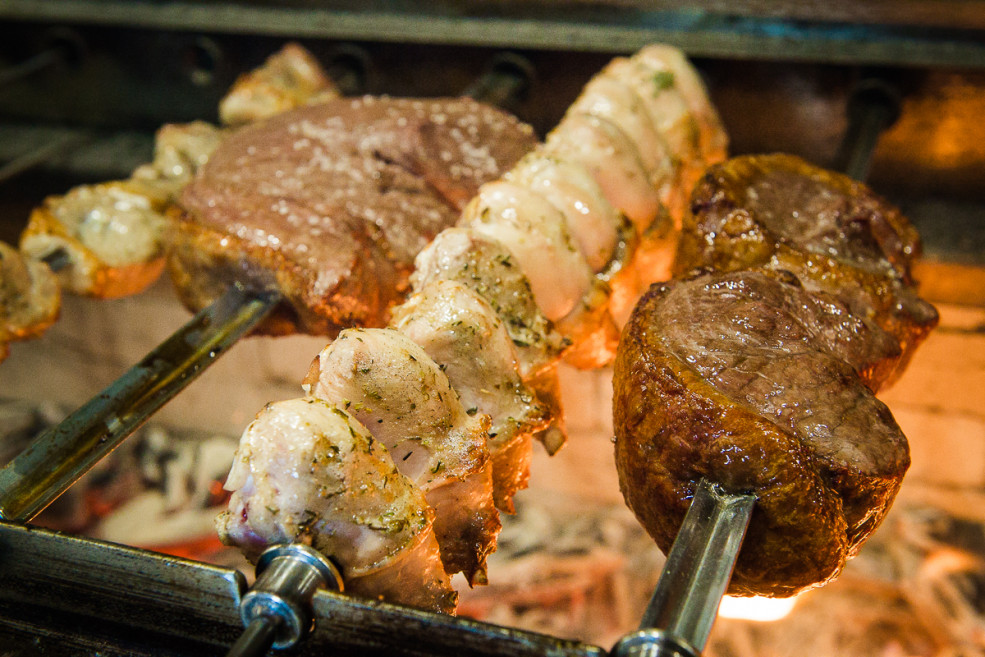 It is that South American prairie tradition you’ll find at Pampa Brazilian Steakhouse on Alberta’s prairies.

The open kitchen is the heart of a Brazilian steakhouse like Pampa. This is where the housemade pork sausage, lamb, and picahna (a rump roast steak) are turned on spits. When the meats are ready, Pampa’s staff (dressed like Brazilian gauchos with high boots, black shirts, and red neck scarves) pull the meat off the grill and slice it right off the spit at your table. 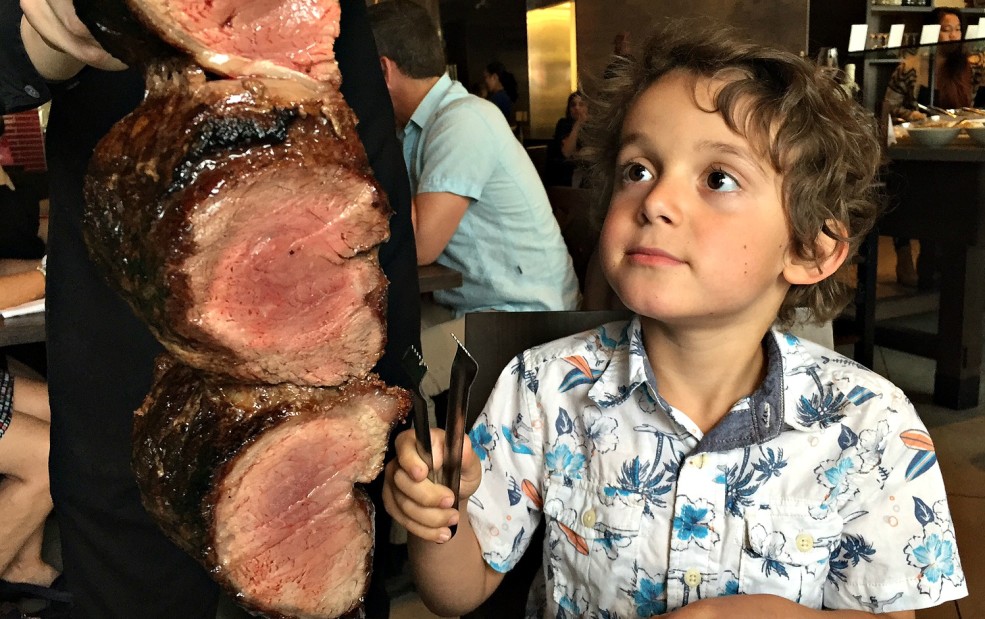 Each seat has a card when you sit down. Show the green side and you’re telling the gauchos to keep the meat coming, flip it over to red when you need them to slow down so you can take a break. 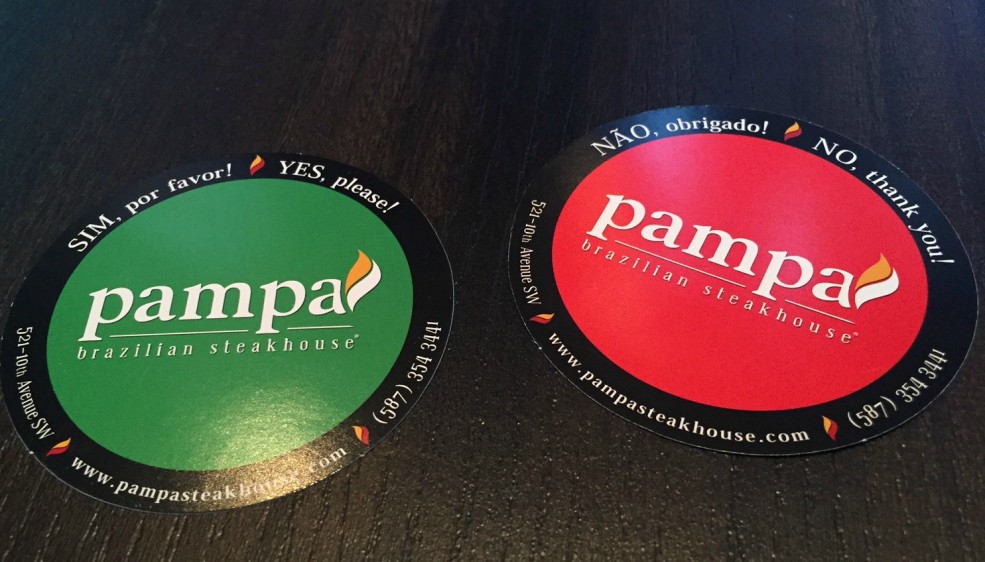 Charlie, all of 6 years old, left his card at green for almost our entire visit. He became adept at the tongs and was eager to try a little bit of everything. 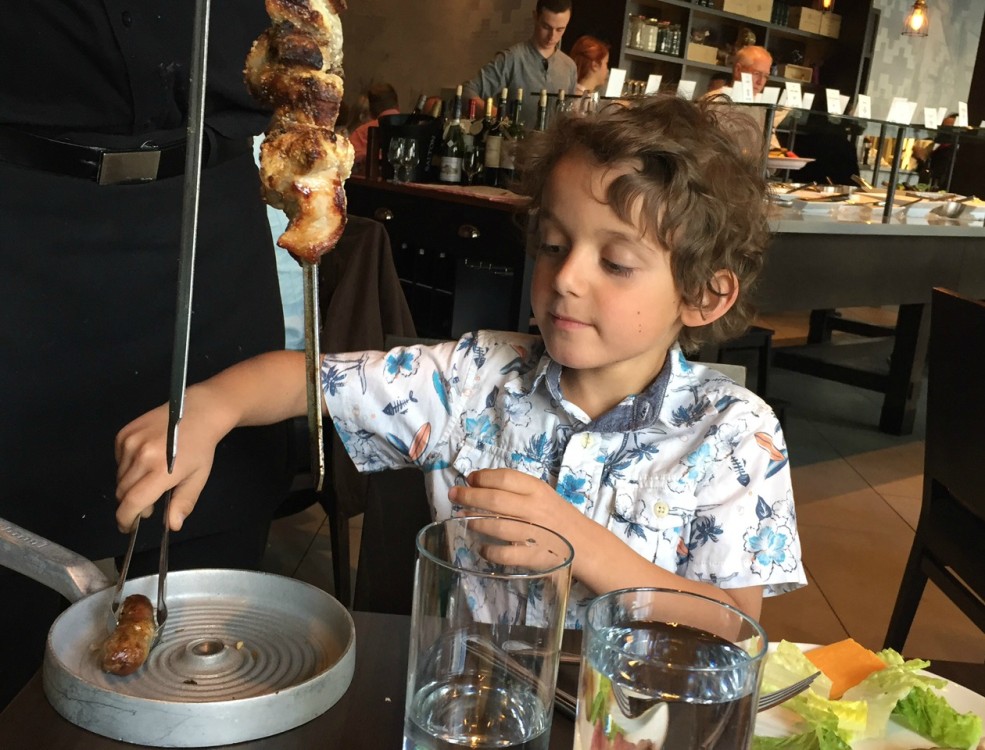 In between meat pluckings, you can visit the spacious hot and cold buffet in the centre of Pampa Brazilian Steakhouse. Here you can choose from quinoa salad, ceviche, and pickled beets. The hot stations had a selection of Brazilian crepes stuffed with beef, a spicy Mexican-styled scrambled eggs with salmon, and a doce de leite french toast. Each one has a list of the ingredients so those with dietary restrictions can choose what they need.

Don’t get too fast with that green card; you’ll need to save room for dessert. There’s a spiced tapioca pudding called sago. It is rich with berries and fragrant with cinnamon and clove. You might choose a chocolate mousse or a coconut and papaya ice cream.

And then, after it all, you can relax with a pampa tea. The tea is an oolong base that tastes like a rich caramel apple cider. 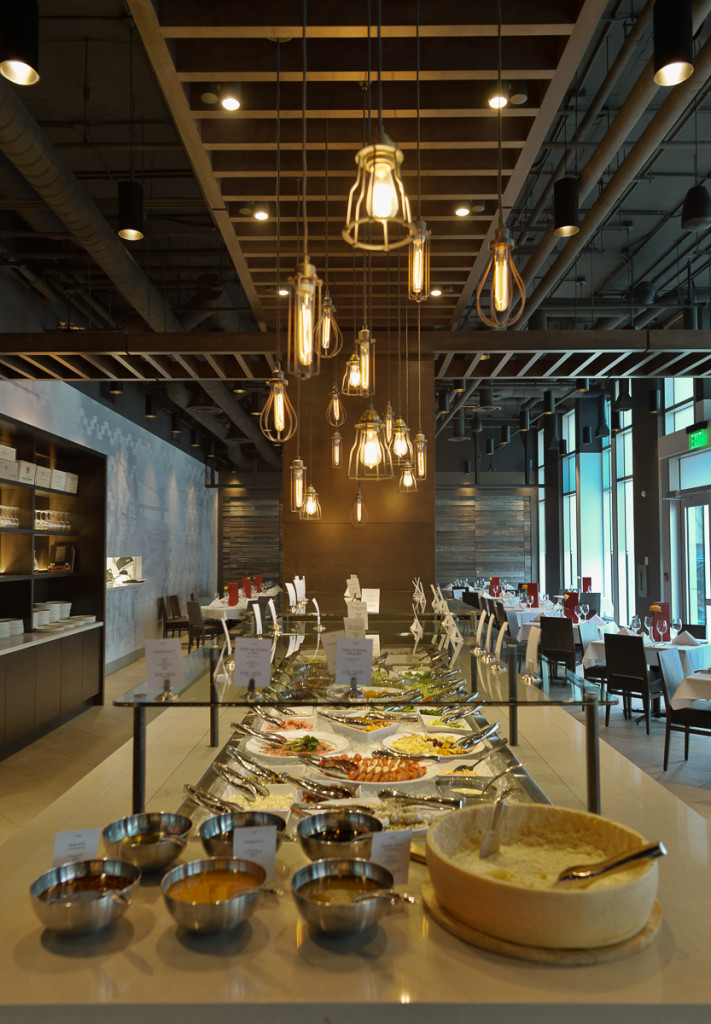 We spent nearly two hours at Pampa Brazilian Steakhouse on Mother’s Day dining and dining and dining. And even though we brought two young boys who can be restless, they made it through the meal with ease. From the frequent slices of meat from the gauchos to frequent visits to the salads, there was much to keep the occupied, and their tummies full.

There’s a private room in the back with a big huge TV, and yes, Charlie has already hinted he’d like to reserve it for his birthday party in January. A 7 yr old’s birthday party at a churrasco? Now that’s a delicious switch.

Trunch is offered every Saturday and Sunday from 11 a.m. to 3 p.m. Pampa is also offering a Victoria Day Trunch on Sunday, May 22 and on Monday, May 23, which will feature a unique cheese bread-making demonstration at noon. Meanwhile, a special Father’s Day Trunch will be served on Sunday, June 19.