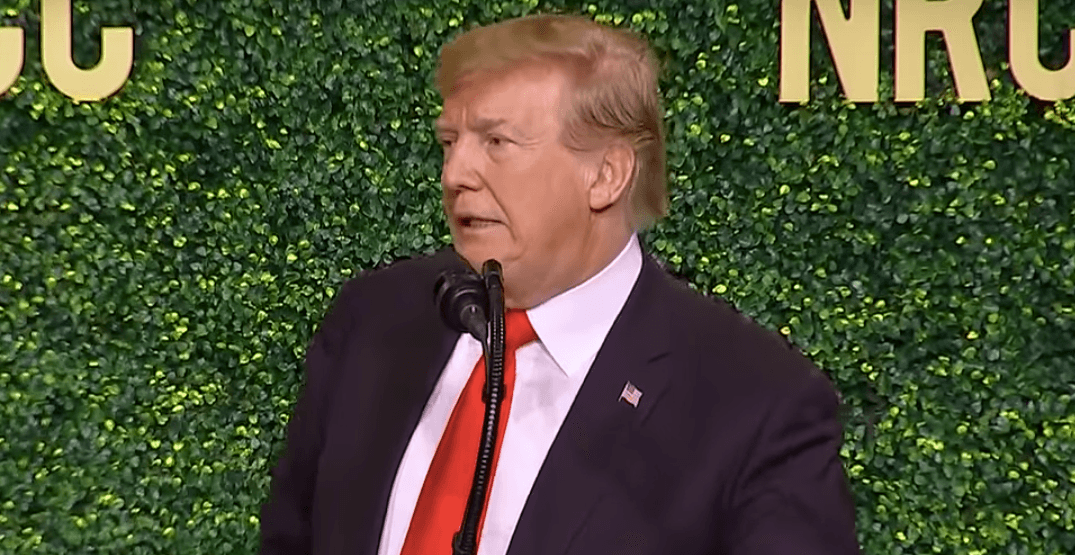 He was there to deliver remarks at the annual spring dinner of the National Republican Congressional Committee in Washington DC, this week, but US President Donald Trump also used the opportunity to take swing at a number of different targets, including his administration’s relationship with Canada, and the new USMCA deal.

The problem, he continued, “is that we have a very, very hostile group on the other side and they don’t want to see us have success.”

Calling the USMCA a “great deal” Trump recalled his threats to “tariff every product at 25% – specifically the auto industry.

“The big thing is the cars,” he said. “Canada’s sending us tremendous numbers of cars – they’re practically untaxed. And yet, they don’t take our agricultural product in many cases, and in many cases, they charge 297% tariffs and that’s very unfair.”

While he admitted that “we love Canada, and we think of the beautiful song, and the ice hockey games – but in the meantime, they knock the hell out of us on trade and they have been doing it for a long time… and they’re not at all nice about that situation.”

However, Trump continued, “we’ve made them nice. They’re not happy about what happened, but our farmers are going to be able to sell now into Canada, which they were restricted from doing.”

Trump’s remarks on Canada begin around the one-hour-45-minute mark of this video.