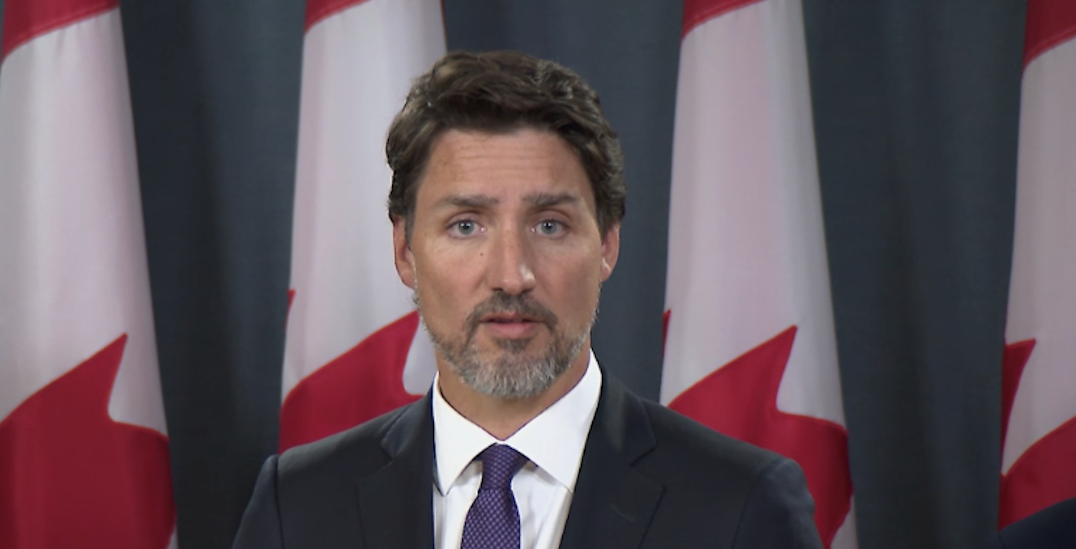 After a statement Thursday evening by the Prime Minister’s Office indicated Sophie Grégoire Trudeau, the wife of Justin Trudeau, has tested positive for COVID-19, Trudeau said on Friday that he will remain in isolation for 14 days, on the recommendation of his doctor.

Speaking from outside his home, Trudeau reiterated that he was “feeling good,” he “has no symptoms,” and “technology allows me to work from home.”

He said working from home is “an inconvenience and somewhat frustrating… but we have to do this. ”

The Prime Minister also spoke about additional measures the federal government is taking to combat the spread of COVID-19 in the country.

“The province and territories are facing various levels of risk, but we will make sure we align our response across the country,” he said. “Addressing COVID-19 must be a team Canada effort.”

To this measure, he announced the federal government “has advised Canadians to curtail all non-essential international travel.”

Trudeau also announced that the cruise season has been suspended until July and that the government is bringing in additional screening measures at airports.

“We are also streamlining overseas arrivals, to be better positioned for screening,” he said, adding that the government is looking into reducing the number of airports that can arrive from overseas, as well.

“We’re also looking at other measures we can take,”  he said.