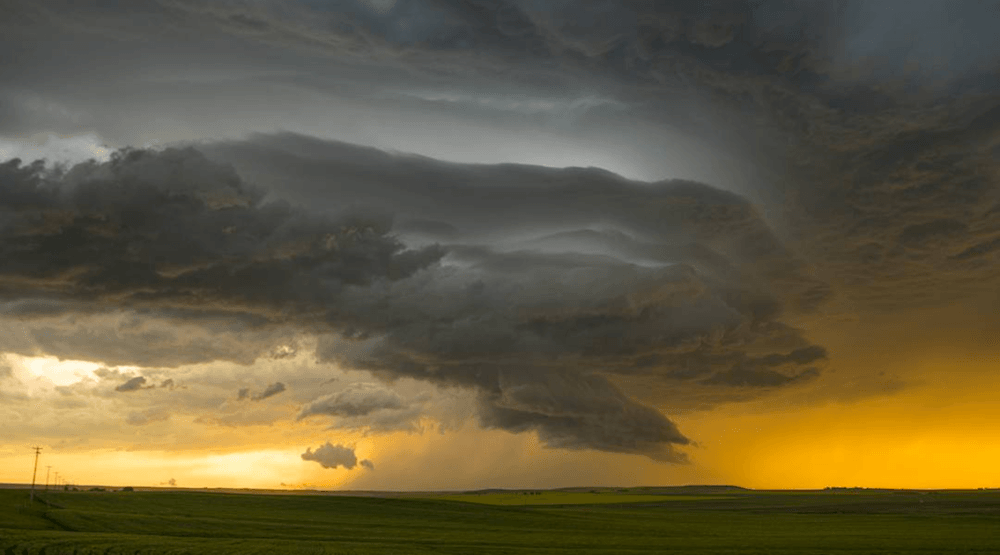 In a summary released by Environment Canada, the agency confirms “a brief tornado was
observed 13 km northwest of Calgary International Airport,” around 8:30pm on July 10.

“The Prairie and Arctic Storm Prediction Centre has so far received no reports of damage; therefore, this tornado has been given a preliminary rating of EF0,” reads the summary.

Environment Canada says on Monday, a series of thunderstorms developed over the Alberta foothills, travelling east over southern Alberta causing a downpour of rain.

The tornado was considered a “non-mesocyclonic tornado,” caused by a weak rotation under the developing thunderstorm.

“These types of tornadoes do not usually cause significant damage but can still be dangerous as they can topple trees, damage roofs, or toss debris a short distance.”

Now officials are looking for pictures of the tornado or any damage it may have caused. If you have any information regarding this event, report it by calling 1-800-239-0484, by sending an email to ec.storm.ec(at)canada.ca., or by tweeting with #abstorm.

Here are a few pictures caught by Albertans Monday.

"Three Strikes and your out" Good thing I was sitting in the car when I got this photo lol! Taken this morning at 1:20am at the Prentiss plant facing Lacombe. What a beauty

Last nights storm near Olds. It's intimidating to stand in one spot and watch this monster aim right for you, your farm, and your house. It's also a bit disconcerting to go check crop damage afterwards and be dodging amateur storm chasers who were caught in the storm… #supercell #clouds #thunderstorm #abstorm #alberta #prairie #summertime

Chased this tornado warned storm the day before yesterday and stopped north of Eckville for this shot.

This was a bit of fun ✯ #ExploreAlberta #ABWX #StormySkies