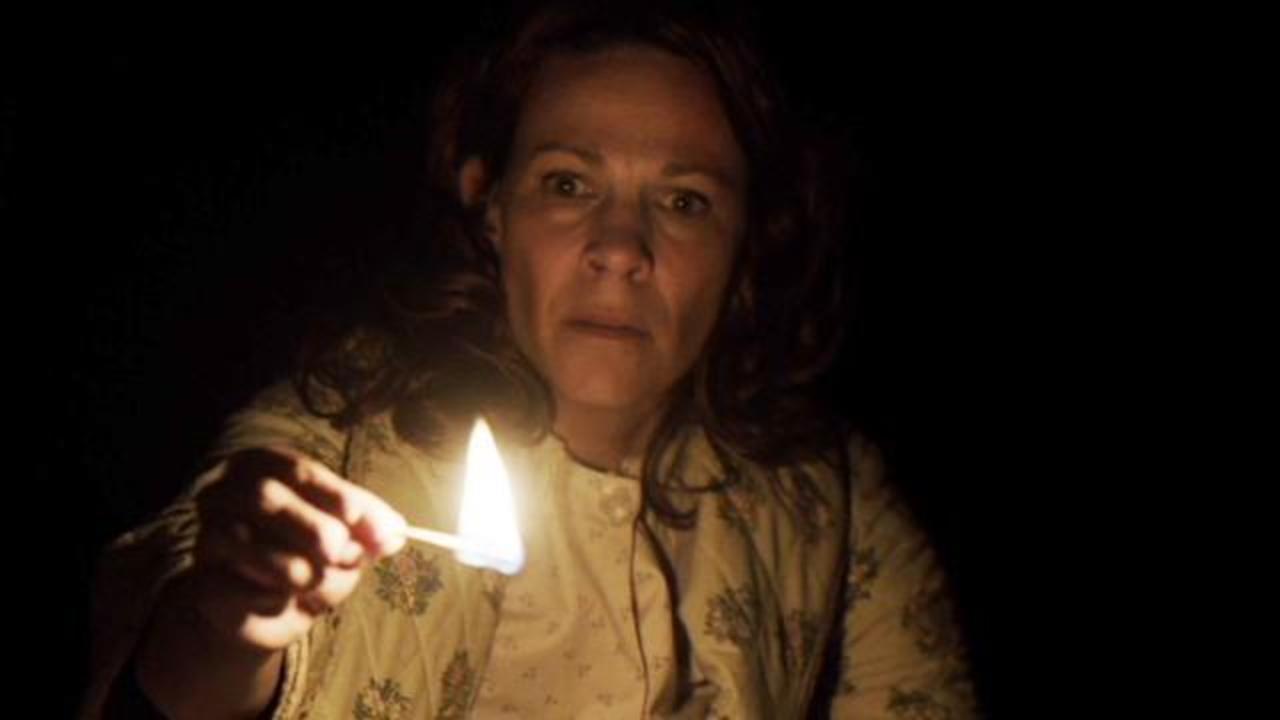 Halloween is a great excuse to indulge in some serious guilty pleasures. First up, there’s the candy, whether you are trick-or-treating or handing out M&Ms, Sweet Tarts and Tootsie Rolls to the kids on the block.

There’s also nothing quite like snuggling up on the couch to turn on some of the scariest flicks ever (armed with a blanket in case you need to hide.) Luckily, there are plenty of spooky options to choose from. Whether you’re looking to watch the latest and greatest fright night films or a classic slasher that takes you back to the 90s, we’ve got you covered.

TELUS Pik TV™ is a great place to find many of these films. Seriously, it’s as simple as plugging the Pik TV media box into your TV or downloading the Pik TV app to your smartphone or tablet.

To help you find the perfect Halloween flick, we teamed up with TELUS to compile this list of the top nine scariest movies:

The first in the series, this 2013 supernatural horror film tells the story of a family that moves into an old farmhouse on Rhode Island in 1971. The parents have five daughters and their dog, Sadie. Paranormal events follow and they soon discover that a number of murders and suicides have taken place on the property. If you love this film then you’ll feel inclined to watch the rest of the series.

Fun fact: Martyrs is a French-Canadian dramatic horror film that was first shown during the 2008 Cannes Film Festival at the Marche du Film. A young girl is imprisoned and physically abused for an extended period of time – then sent to an orphanage. She tells a new friend that she’s being tormented by a disfigured woman and the story goes on to reveal what seems like an endless cycle of evil.

Released in 2015, The Witch is a supernatural horror film that tells the story of a Puritan family that encounters forces of evil in the woods beyond their New England farm. A mom gives birth to her fifth child, who later disappears when she’s playing a game with him. The story reveals that he was kidnapped by a witch who crushed his body. We won’t spoil the rest.

One of the best American horror films out there. Paranormal Activity was released in 2007 and is part of a series. This film tells the story of a young couple haunted by a supernatural presence in their house. They suspect the presence of a demon, but don’t take it seriously until a camera detects it.

Stanley Kubrick’s classic thriller was made in 1980 and based on Stephen King’s 1977 novel, The Shining. The film stars the incomparable Jack Nicholson as Jack Torrance, an aspiring writer and recovering alcoholic who works as an off-season caretaker at the isolated Overlook Hotel in the Colorado Rockies. His son possesses ‘the shining,’ meaning he has psychic abilities that allow him to see the hotel’s past. It’s a crazy, scary ride and one that everyone should experience at least once.

This one might just leave you shaking in your boots. Three girls are abducted by a man with 23 different personalities. When he abducts the girls he is playing the part of ‘Kevin’ – just one of these personalities. The story progresses and we see that his behaviour is the result of his abuse as a child which is manifested through his horrific treatment of the girls.

This one’s strange but you won’t quite understand it until you watch it. The Babadook is a 2014 Australian psychological horror film that features an exhausted widow who’s brought up her six-year-old son by herself. One night she reads her son a storybook called ‘Mister Babadook’ – about a monster that haunts victims once they’ve become aware of its existence. The son figures out that the monster is real and you can only imagine what happens from there.

This one never gets old – and chances are you either loved it or hated it. Released in 1999, this one will take you back to the good old days in the most horrific way possible. The American supernatural horror-thriller film tells the story of a boy name Cole Sear who is experiencing difficulties in life. He gets “help” from a psychologist who appears to be equally as troubled, leading you through a plot line that’s full of surprises – no matter how many times you’ve watch it to the end.

This one debuted in 2016 and it’s garnered positive reactions from some of the greatest critics out there. It’s easy to see why when you watch it since it’s different from any kind of horror film you’ve watched. Neon Demon is a psychological horror film that shows the main character, Jesse, trying to make it in the modelling industry. Her hotel room is broken into where she discovers a…well, intimidating mountain lion. We won’t give away the ending but it involves knives and a swimming pool. Epic.

If you haven’t already heard, Pik TV is not your traditional TV subscription service. Powered by Android TV, Pik offers the most popular live TV channels, an On Demand library of shows and movies, as well as direct access to the Google Play Store for a variety of streaming and gaming apps like Netflix, YouTube, and Spotify. It’s ideal for all you cord-cutters who aren’t interested in signing a contract.