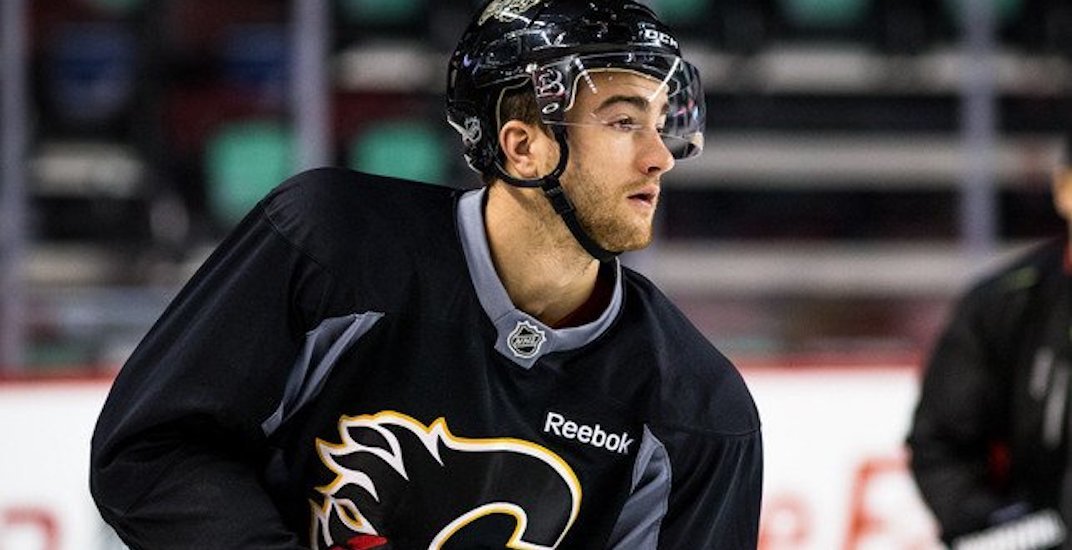 It was a scary scene at the Scotiabank Saddledome today, as Calgary Flames defenceman TJ Brodie collapsed during practice.

Media members on hand are speculating that the 29-year-old may have had a seizure, as he was seen convulsing on the ice. The Flames confirmed that Brodie was alert and responsive as he left the arena to head to the hospital, though the exact details about what exactly happened are still unknown.

“TJ Brodie experienced an episode on ice at practice today,” Flames GM Brad Treliving said in a team-released statement. “He is alert and responsive and has been transported to local area hospital for evaluation. We will provide a further update when available.”

Super scary moment at #Flames practice today. T.J. Brodie collapsed and started convulsing. Fire and paramedics working on him. On a stretcher and looks to be ok. pic.twitter.com/BUue9ZCf8X

It looked like the #Flames D-man, TJ Brodie had a seizure of some sort on the ice. Practice was halted immediately. The ambulance and fire department have arrived on the scene and stretched a conscious and, what looked like, an alert Brodie out of the Saddledome.

A very intense scene here at the Dome, leaving witnesses shaken by the scene of a player convulsing on the ice with what very quickly appeared to be a serious situation. He’s under medical care now and the team is waiting for more details to share. https://t.co/aJJmFTPSmj

Brodie has been remarkably healthy ever since breaking into the NHL full-time with the Flames in 2012-13, missing just 27 games in eight seasons.