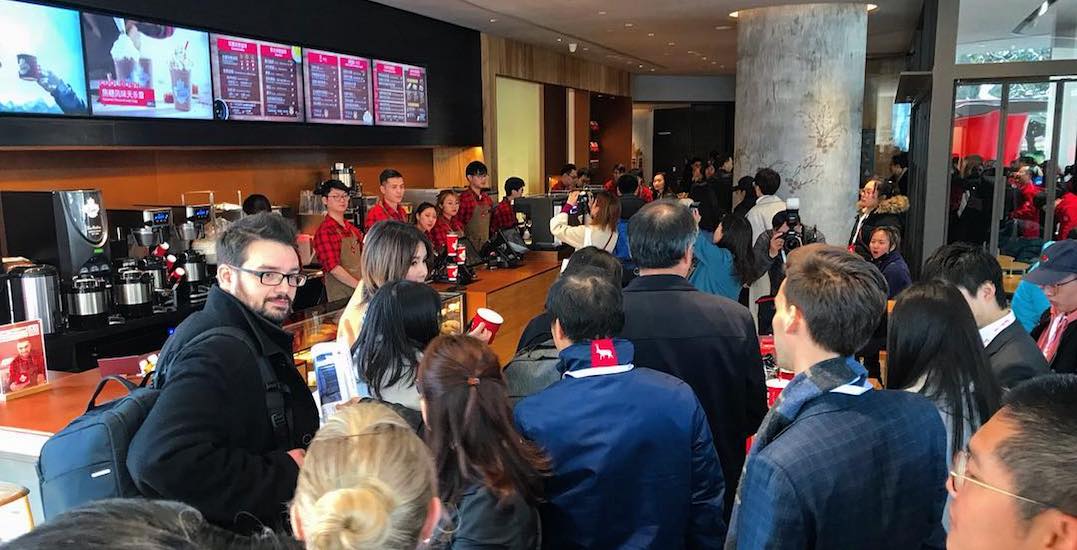 You may have been waiting in a line for your Double Double in Canada this morning, but it was nothing compared to this.

Tim Hortons has officially opened its first restaurant in China — and the line-up is truly something to behold.

The new restaurant, located in the People’s Square in central Shanghai, is the first Tim Hortons in China since the company signed an exclusive master franchise joint agreement with the Cartesian Capital Group last year.

“We’re excited to bring the iconic Tim Hortons brand and a piece of Canada around the globe,” says Alex Macedo, President, Tim Hortons.

While the Canadian institution will have many of its classic food and beverage products at this new location (including the iconic Double Double) there will also be some new food and drinks on offer. 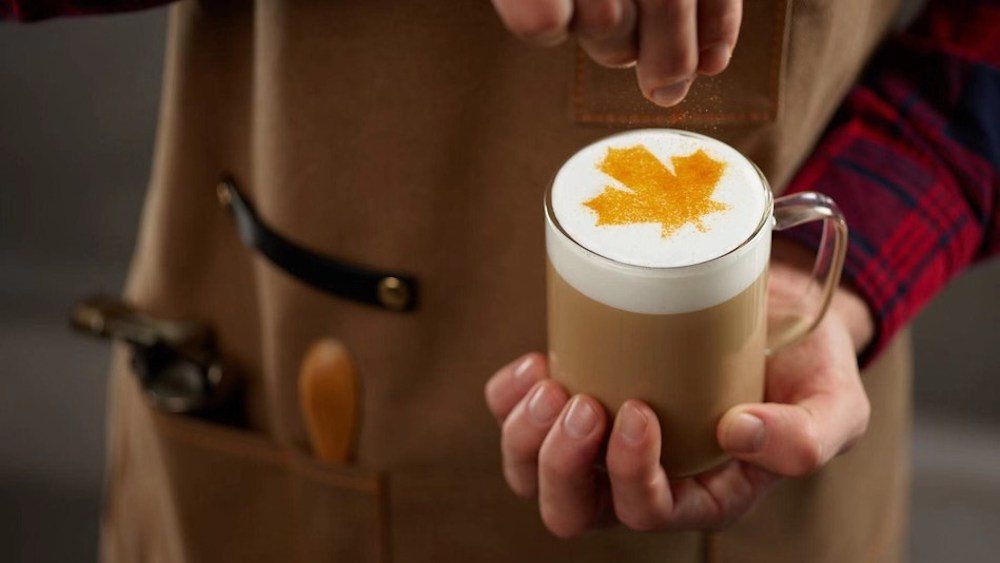 Some of these exclusive additions include maple and hazelnut Ice Capps, matcha and hazelnut lattes, and a salted egg yolk flavoured Timbit. 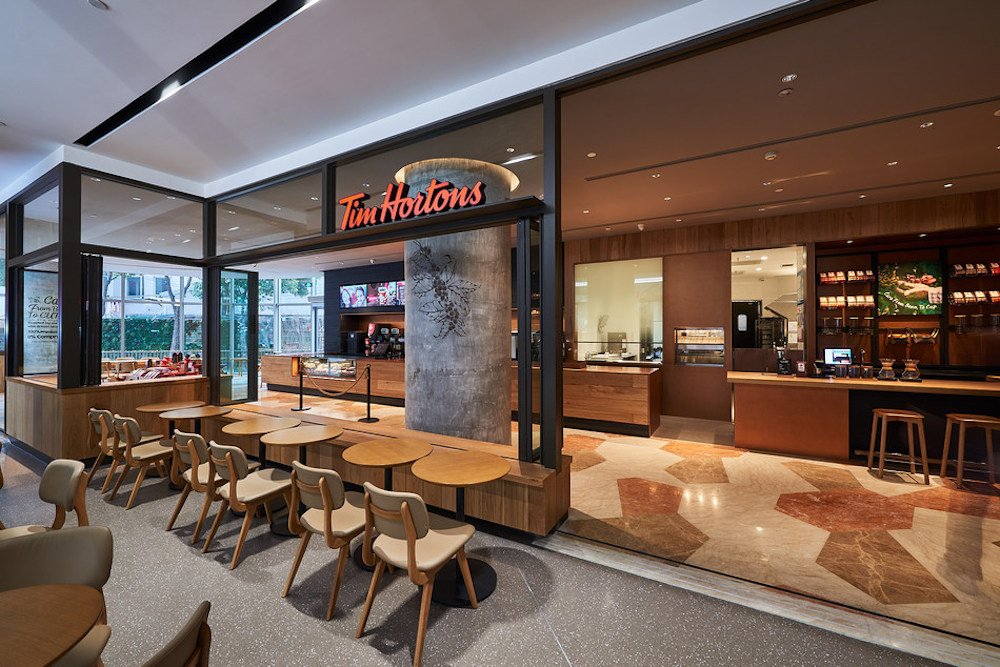 In terms of design, the new restaurant is meant to elevate the experience of visiting Tim Hortons.

From floor tiles inspired by maple leaves scattered on the ground in autumn, to plenty of red and plaid accents, as well as a hockey stick-shaped door handle, the spot is peak Canadian.

Tim Hortons now has over 4,800 locations in Canada and around the globe including the United States, Mexico, Europe, the Philippines, the Middle East and now China.