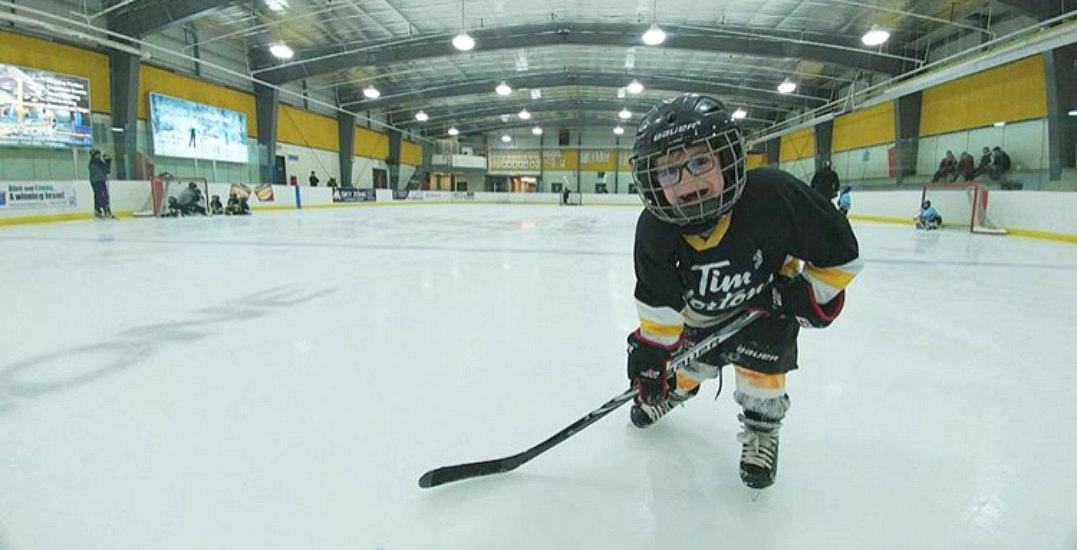 Although there’s no set age for when you should get involved in sports, it’s best to start when you’re a kid. You have the chance to see if a particular sport is something you want to pursue, plus you get to enjoy the sheer fun of being part of a team.

That’s why owners of Tim Hortons are proud to support players in Calgary and Edmonton through the Timbits Minor Sports Program.

It’s a community-orientated sponsorship program that provides opportunities for kids aged four to nine to play initiation level sports. The philosophy of the program is not based on winning or losing, but on having fun, learning a new sport, making new friends – and just being a kid.

Now, restaurant owners support more than 400,000 children on teams in hockey, soccer, ringette, lacrosse, softball, and baseball leagues across Canada and the U.S.

The Timbits Learn to Play Hockey Program with Hockey Calgary provides parents, coaches, and first-time Timbits players an opportunity to experience sports at entry level. And the annual sponsorship by owners of Tim Hortons includes jerseys, coaching tools, participation medals, and local “Timbits Jamborees” to help kick off, or wrap up each season.

There are more than 90,000 boys and girls who play Timbits Hockey in Canada and more than 2,500 of these are in Calgary. On Saturday, March 3, Hockey Calgary will host more than 110 teams and 2,200 players at their annual Timbits Jamboree at Winsport.

Meanwhile, more than 190 teams (with 1,900 players each day) will be competing at the annual Timbits Jamboree at Terwillegar in Edmonton on March 17 and 18.

And to add to the fun, Timbits teams are often invited to attend Canadian Hockey League (CHL), National Hockey League (NHL) and Major League Soccer (MLS) games, to catch the action and showcase their skills between periods.

“Making a difference in our communities is at the heart of what makes Tim Hortons unique,” said Paul Bartel, Tim Hortons restaurant owner in Calgary. “It has been incredible to witness the tremendous growth of the Timbits sports program over the last 30 years, and none of it would have been possible without the continued dedication of our Guests, local associations, parents, and participants.”