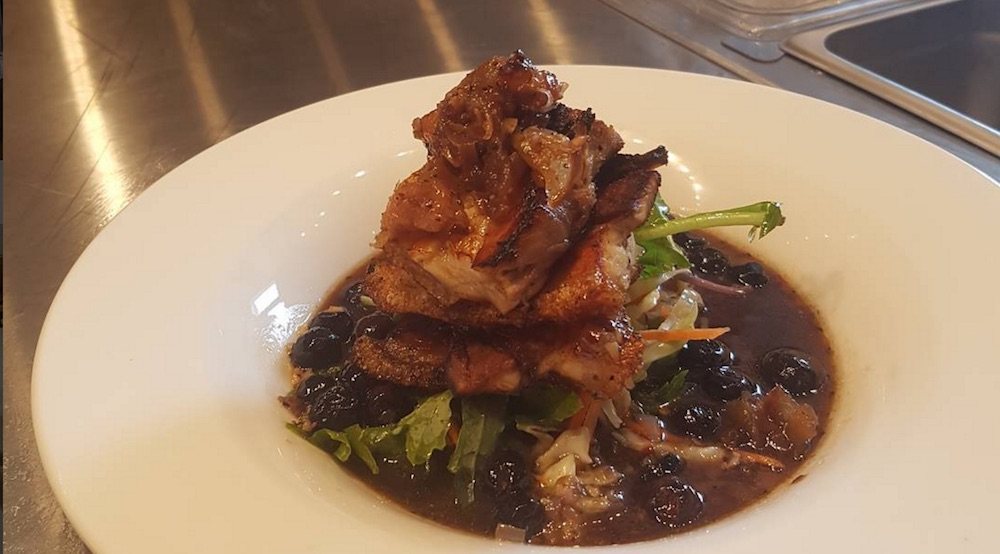 Bar and nightclub industry veteran Omar Polyniak says he’s noticed a real gap in the Calgary dining market: Good, affordable food in a family-friendly environment that still appeals to grown ups. So he opened The Smith, a “premium casual” restaurant that welcomes families in the main floor dining room, and has a bar on the second floor.

“People are going out with their kids,” Polyniak tells Daily Hive via telephone. “I’ve got two kids, and if I take them out, it’s expensive,” he adds, pointing some popular Canadian chains considered what the industry calls casual fine dining. “Families really have nowhere else to go,” notes Polyniak.

Polyniak says the response to The Smith has been overwhelming since their official launch at the start of September.

One reason The Smith has had tremendous appeal is that their menu of modern North American classics is fully adaptable to many of the dietary restrictions eaters face, from meat-free to gluten-free to dairy-free as well as nut-free. In fact, The Smith is entirely nut-free–a boon to parents who want to send their kids with some leftovers to their schools or daycares.

The menu at The Smith features ingredients that are all housemade in competitively priced approachable dishes. Polyniak notes at The Smith they cure and smoke their own meat, bake their own bread, make the pasta by hand. “That allows us to control all aspects of the food,” he elaborates. He also says their vegan mac and cheese is so good “you’d never know the difference!”

Come the later hours, The Smith downstairs becomes more grown-up centric, and Polyniak says he’s particularly excited about their live music program, which he hopes to see expanded to a robust calendar of daily programming.

For imbibers, The Smith has a cocktail menu of about 40 selections, ranging from classics to in-house creations. With the same eye for craftsmanship as in the kitchen, at the bar they are making their own bitters and syrups at The Smith, too. The Smith boasts a big wine list, and taps with craft beers alongside more familiar international labels. As a delicious bonus, the full dining room menu is available upstairs at the bar, too.

For those with a keen eye on budget, The Smith’s discount evenings, like Buck-a-Shuck Wednesdays and 1/2-price wine bottles on Thursdays, are worth noting.

The Smith seats an impressive 260 seats inside, and by next summer both upstairs and downstairs patios will be up and running, which will increase the capacity by 90 and 140 seats, respectively.

Polyniak says he’s been a longtime admirer of the building in which The Smith is housed, and they’ve taken care to make some cosmetic changes to give it a warm, welcoming feel, and guests will find a big island-style bar and open kitchen in the main dining room.