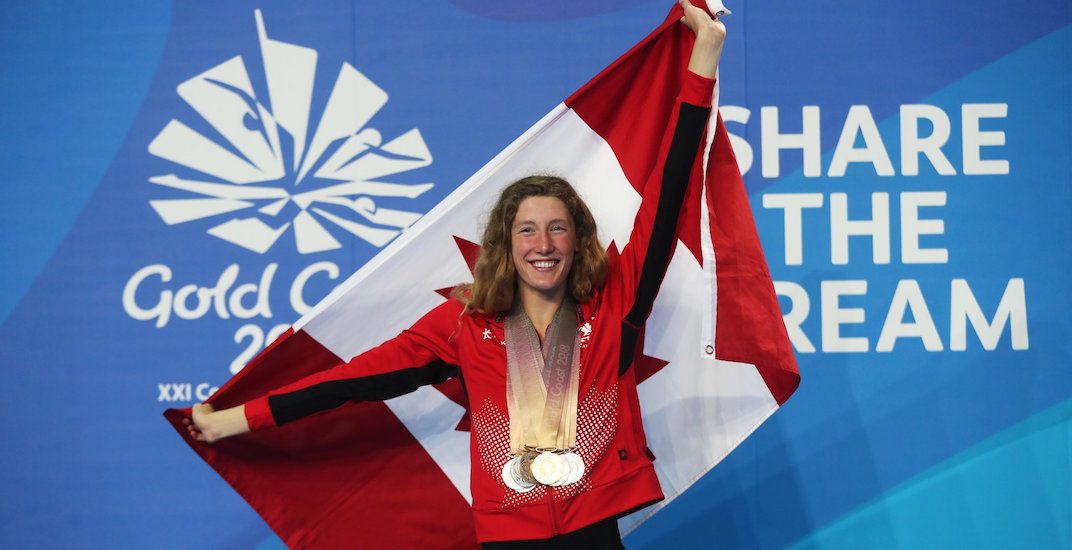 Taylor Ruck isn’t old enough to drink or vote, but she’s already etched her name into the record books after an amazing performance at the Commonwealth Games in Australia.

With eight medals, the 17-year-old Canadian swimmer tied the record for most medals won at a single Games. The Kelowna, BC native became just the fourth athlete ever from any country – and the first Canadian woman – to accomplish the feat at a Commonwealth Games.

“I’m just super excited to win that many medals,” said Ruck, who trains at Swimming Canada’s High Performance Centre in Ontario. “Never in my wildest dreams did I think I would win this many. This has been a fantastic meet for Team Canada. I’m just so happy to share so many experiences with my best friends.”

The first golden moment for @cgc_jcc at the Gold Coast 2018 Commonwealth Games is one for the record books! A Games-record time of 1:54.81 by 17-year-old @taylor_ruck in the Women’s 200m Freestyle has her atop the podium! 🥇 #GC2018 @SwimmingCanada pic.twitter.com/3hb2I2hyPR

While Penny Oleksiak deservedly drew most of the headlines in Canada after the Rio 2016 Olympics, there’s clearly reason to be excited about what the future holds for Ruck as well. The six-foot-tall swimmer, who won a pair of bronze medals in the relay competitions in Rio, is just 16-days older than Oleksiak.

Oleksiak and Ruck will be 20-years-old during the next Summer Olympics at Tokyo 2020.