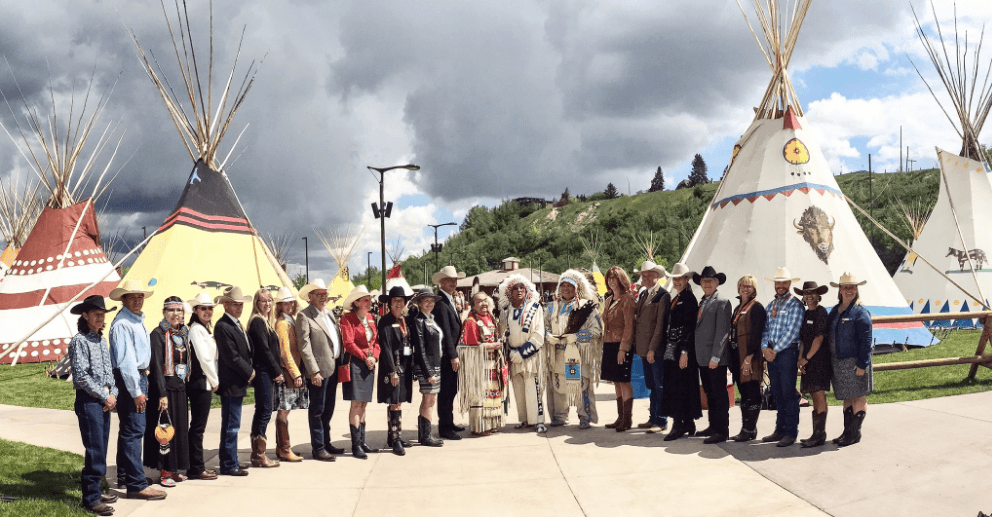 Courtesy of the Calgary Stampede

Suncor Energy Foundation has invested in a new space for Indigenous people to further engage in their unique culture and heritage at the Stampede grounds.

The generous investment to the Calgary Stampede Foundation will see the Sweetgrass Lodge housed in the Stampede’s new ENMAX Park.

The name ‘Sweetgrass Lodge’ was chosen by tipi holder families following a naming contest that was open to all Treaty 7 First Nations.

“We wanted to ensure the name held significance for those using the facility year-round. Braided Sweetgrass demonstrates the perseverance of the Treaty 7 First Nations, which is the basis of the strength and unity of the tipi holders and their families,” says Arlene Strom, vice-president Sustainability & Communications, Suncor. “We have learned a lot from working alongside the Aboriginal peoples in Canada, especially in Alberta, but also know there’s more we can understand. This year-round venue provides all of us a place to gather, celebrate and learn together.”

The new space will also be used for a Stampede School running youth educational programs. The Stampede School will provide students from Grades 2 to 12 with engaging opportunities to learn first-hand about the Calgary Stampede, Calgary, and Treaty 7 culture and history.