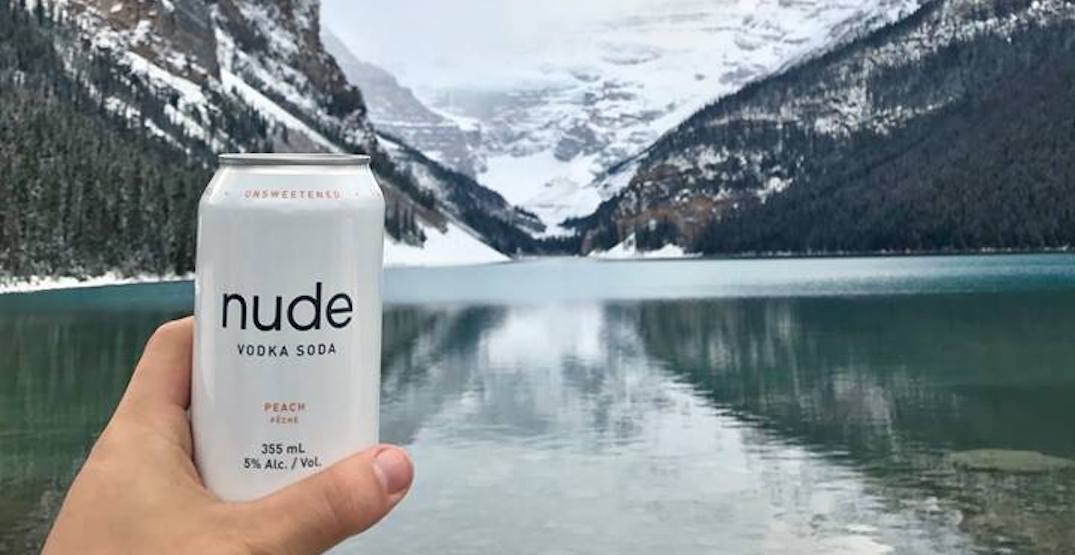 The popular BC-based beverage has made quite a splash on the West Coast as a departure from the sugary drinks that are frequently seen on the bar patios and beach blankets of a Vancouver summer.

Providing an alternative to what Nude’s website calls “Hangover-inducing beverages,” Nudes are made with the sugar-free, sweetener-free, and gluten-free ingredients of triple distilled vodka, sparkling water, and natural fruit extracts and essences.

Following a successful year in BC, Nude has finally decided to head east over the Rockies.

“We wanted to [expand to Alberta] for a year now, but there was such a massive demand in BC that all our production had to go to BC because we kept on selling out,” said Nude Vodka Soda Head of Sales Jerin Mece, in a phone interview with Daily Hive.

“Alberta is super excited, they’ve been wanting to get their hands on our product for about nine months now, so we’re stoked to be here and we’re looking forward to offering a better for you beverage over there.”

Nude has linked up with Southern Glazer’s Wine and Spirits to act as their distributor, and Albertans can expect to see the white cans in liquor stores starting later this week, according to Mece.

The 100-calorie beverages will be available at Ace Liquor, Sobey’s, and Great Canadian Liquor Stores throughout the province.