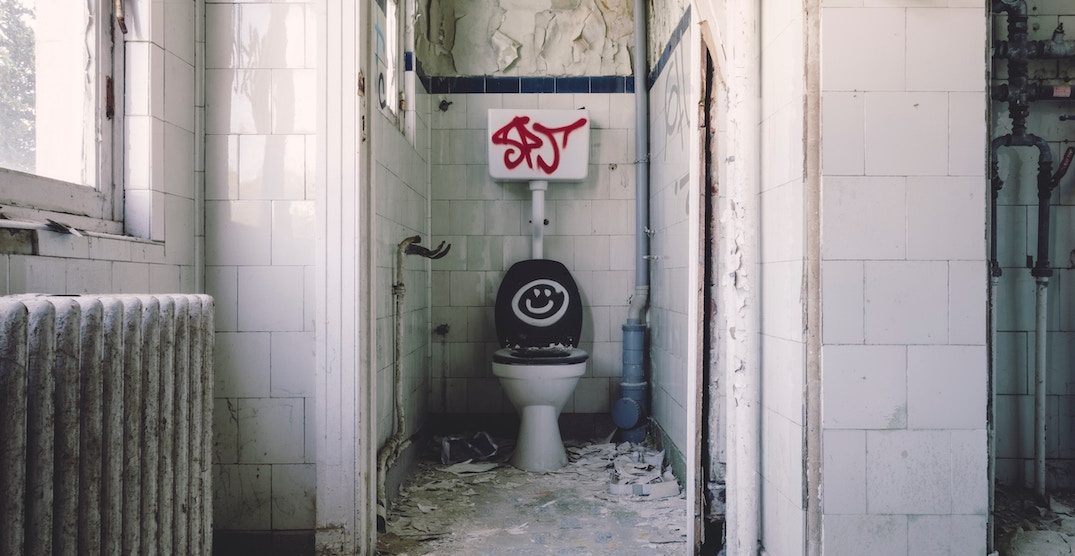 Photo by Gabor Monori on Unsplash

From March to August 2018, the organization has been using a breakthrough technique called wastewater-based epidemiology (WBE) in several major Canadian cities to determine a rough estimate of cannabis use in the population.

They did this because they believe the stigma surrounding pot is causing people to underreport use.

The project is still experimental, but the first stage of the results are in.

From March to August 2018, what StatsCan calls “one of the world’s largest” continuous WBE tests took place at 15 wastewater treatment plants in five large urban centres across the country. Those included Toronto, Montreal, Edmonton, Vancouver, and Halifax, which represents nearly 8.4 million Canadians — in other words, that’s a lot of sh*t.

When the body takes in THC, the best known active compound in cannabis, it flushes it out as THC-COOH. Researchers are looking for the presence of this chemical in the wastewater to make estimates about cannabis use.

The total “load” — there has to be a better way to say that — for all wastewater treatment plants had a combined weekly average of about 4.5 kilograms, or the weight of a normal sized house cat.

The agency also attempted to produce estimates of total cannabis consumed in tonnes per year and grams per day. A tricky thing to do from THC content alone since it varies from strain to strain.

Using cannabis with a 12% THC (a low or midrange strength), the total estimated consumption for 2018 can range between 400 and 1,600 tonnes of dried leaf a year. Using the number of admitted users in the National Cannabis Survey for 2018, this would equal a rough consumption of 0.9 grams a day.

The average load of THC-COOH per person is an estimated 540 micrograms per week, which, when multiplied by 52 weeks, produced an average annual load of 28,100 mcg per person. 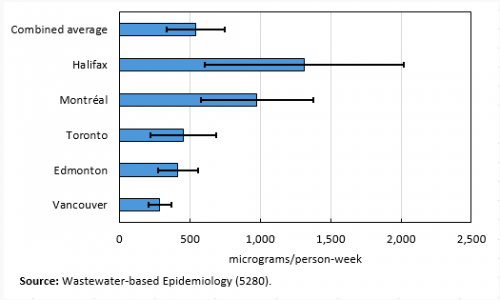 Micrograms estimated per person on a weekly basis. (Statistics Canada)

When applied to the Canadian population of roughly 37 million, this would mean Canadians are flushing away a total load of 1.04 tonnes of THC-COOH a year. The pilot project’s 8.4 million unwitting test subjects represented 23% of Canada’s population.

On average, Halifax and Montreal showed significantly higher levels of THC-COOH than other, larger pilot cities, though StatsCan believes this “may be the result of sampling or statistical methodology.”

Toronto produces an estimated 451 micrograms/person-week, while Vancouver has 288 micrograms and Edmonton 416 micrograms.

To conduct the study, participating wastewater treatment plants were sampled continuously during the second week of each month. Sampling started in March 2018 and will continue through the spring of 2019. The analysis was validated by the Sewage Analysis Core Group Europe, a worldwide academic consortium of really fun sounding guys specializing in WBE.

The wastewater analysis was provided by Dr. Viviane Yargeau and the laboratory in the Department of Chemical Engineering at McGill University in Montreal, which is part of the Sewage Analysis Core Group Europe network.