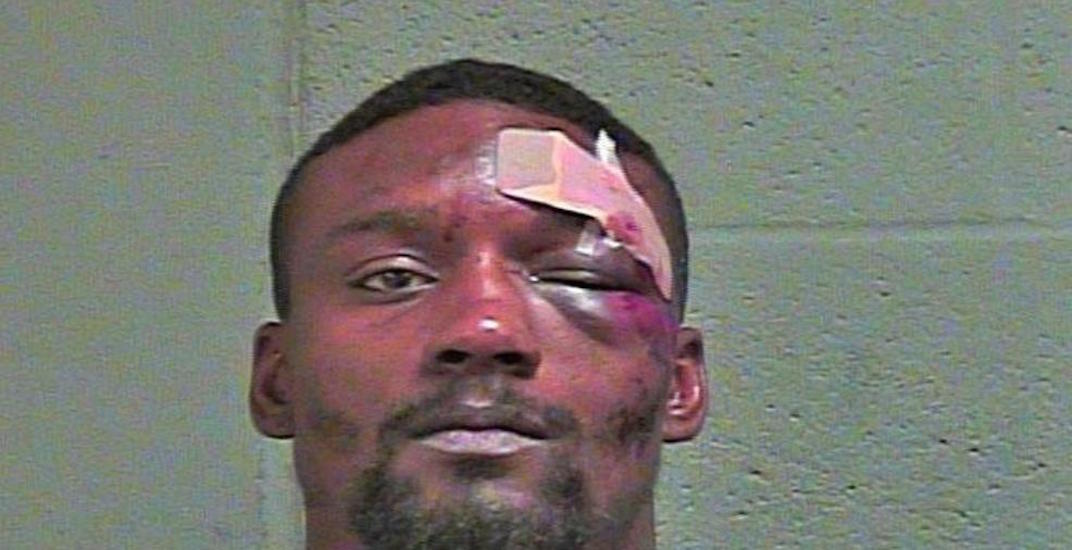 Roy Finch is reportedly in trouble with the law.

The Calgary Stampeders kick returner has been accused of assaulting police officers and was arrested Sunday in Oklahoma.

He has been arrested after an alleged assault and battery on an officer, resisting, and possession of marijuana. Finch was suspended for two games last season for violating the CFL’s drug policy.

Here’s a recount of the altercation with officers:

The Edmond Police Department reports that at approximately 6:30 a.m. April 15 officers were called to the Villas at Stonebridge, 157 Stonebridge, after a vehicle had been parked at the complex and running for more than an hour.

Police arrived on scene and made contact with Roy Finch, 26. Officers noted an odour of marijuana coming from the vehicle. When officers were attempting to place Finch in custody on a marijuana complaint he allegedly swung at one of them. While attempting to restrain him, Finch was able to get away from custody and run through the complex.

Officers reportedly hit the 26-year-old in the back with a taser and Finch’s mugshot shows evidence of a nasty altercation.

Police dash-cam video shows a second altercation, in which officers appear to throw Finch to the ground.

“We have recently become aware of the matter regarding Roy Finch,” said president and general manager John Hufnagel in a media release. “We are in the process of gathering information. Once we have more information, we will have further comment.”

Finch played college football with the University of Oklahoma before moving on to play three seasons in the CFL, including the last two with the Stampeders.