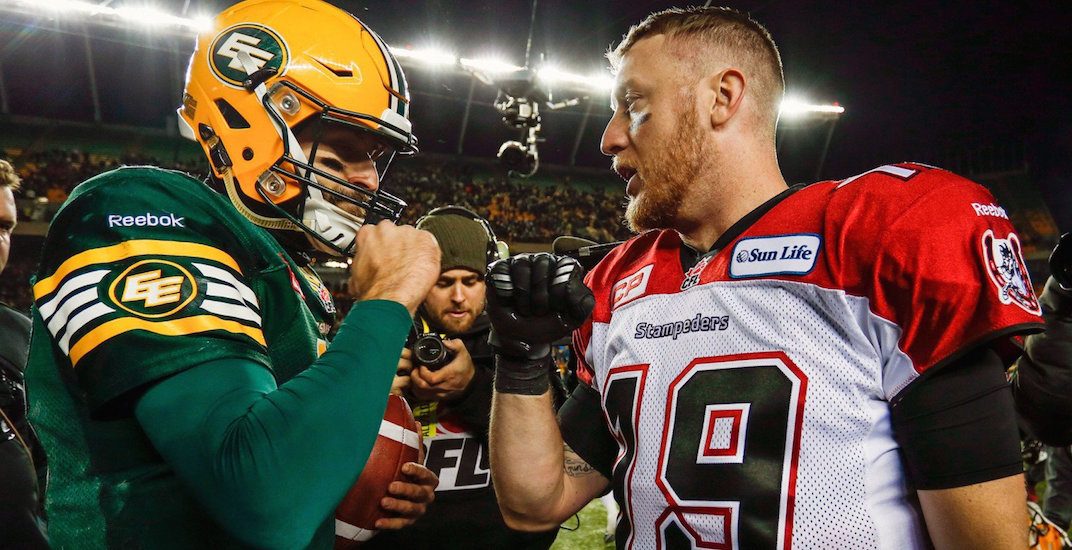 Who’s ready for another Battle of Alberta?

The Calgary Stampeders, who received a bye to the Western Final after another CFL-best regular season found out their opponent on Sunday.

And yep, it’s going to be Edmonton.

The Eskimos won 39-32 on the road in Winnipeg in the West semi-final, and have momentum on their side.

Quite frankly, this is a matchup that should worry Stamps fans.

With not much to play for, Calgary has lost three games in a row. Conversely the Eskimos have won six in a row, including a 29-20 win against the Stamps on October 28.

Still, the Stampeders have shown themselves to be the class of the CFL over a long period of time. Their talent is due to shine through when it matters most in the playoffs.

The Western Final will take place on Sunday at 2:30 pm MT at McMahon Field. The winner of that game will play the winner of the the Eastern Final between Toronto and Saskatchewan in the Grey Cup on November 26.