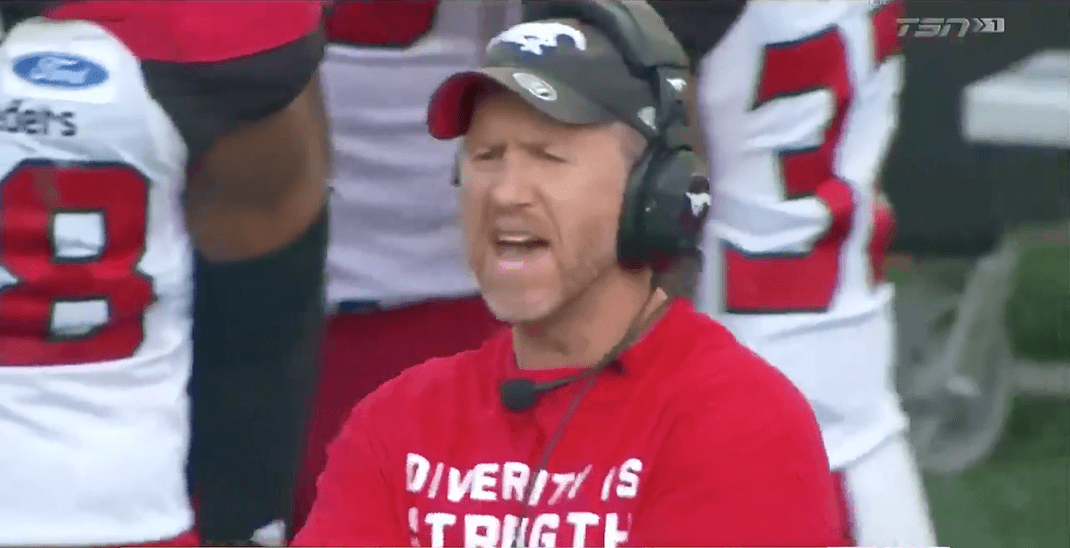 Players will do anything to try and throw the opposition off their game.

This time though, it was Calgary Stampeders coach Dave Dickenson that took matters into his own hands prior to a 43-yard field goal attempt by Saskatchewan Roughriders kicker Brett Lauther.

Lucky for us, Sunday’s game was one of TSN’s Live Mic broadcasts.

“Hey Lauther, you’re gonna miss!” is what fans at home heard, clearly the voice of the Stampeders head coach.

Audio faintly kicks back into the commentary background when Dickenson shouts at Lauther to “be careful” because they have a good kick returner.

The heckling only appeared to serve as extra motivation for Lauther, who nailed the long-range attempt, en route to going a perfect 6-for-6 in field goal attempts.

The Roughriders closed out the game with a 40-27 scoreline that spoiled Calgary’s perfect season to that point.