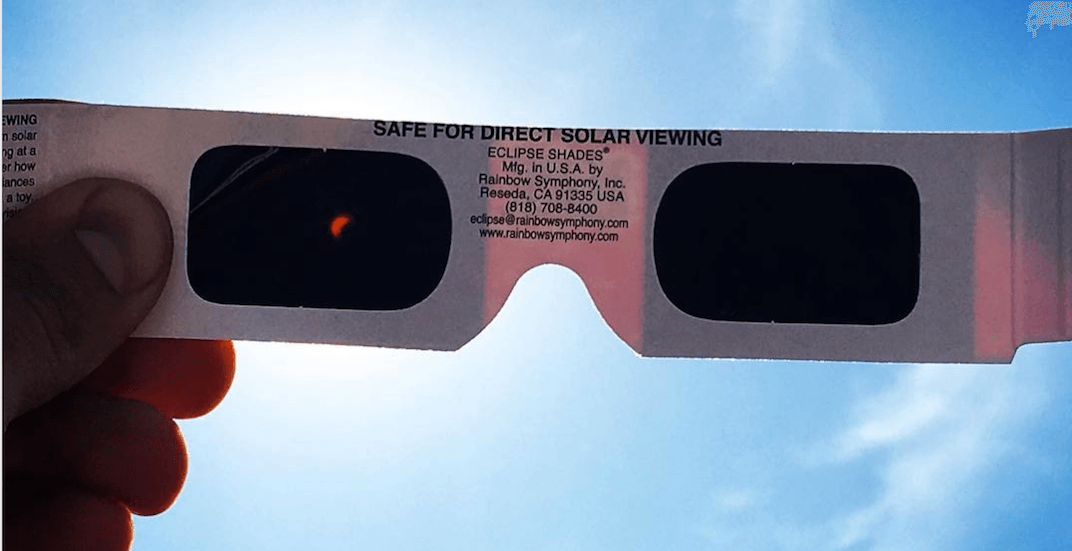 The celestial phenomenon has come and gone.

Skies were clear and the universe delivered as Calgarians gathered to catch a glimpse of the solar eclipse on Monday morning.

The solar eclipse wasn’t necessarily “total” in Calgary as it was in Lincoln Beach, Oregon (and other areas along the eclipse’s route to the East Coast), but Calgarians still got to enjoy 81% totality around 11:33am.

The partial eclipse began at 10:20 am and ended at 12:30pm. Temperatures even dipped a few degrees as the phenomenon reached its maximum.

For those who missed it, or lacked the proper viewing lenses, here are some photos of the 2017 solar eclipse in Calgary:

Fun Fact: Total Eclipse of the Heart is my go to Karaoke song! Pretty cool pics of the eclipse from Calgary so far. This one was taken at its peak at 11:35 MST. #yyc | #calgary | #Eclipse2017 | #yyceclipse