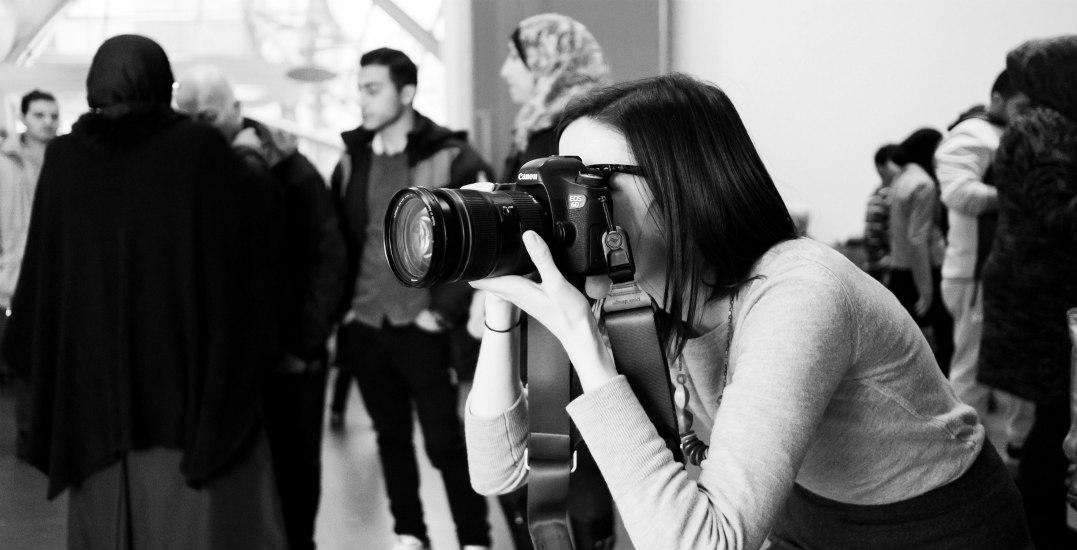 Image: Stephanie Simpson, This Is Not a Passport Photo

On average, how much time do you think you spend per week on social media? What would you be doing with that time if you weren’t checking Instagram, Facebook, or Twitter?

Putting the smartphone down is something that many find difficult to do in our always-on society.

“Social media can be a helpful source of inspiration and support, but it can also be a distraction and a deterrent from creating work that you care about when that work doesn’t get a huge response from your audience. As much as you can, step away and create work that you love,” said Edmonton photographer, illustrator, and filmmaker, Stephanie Simpson.

As a documentary photographer, Simpson looks for complexity in a story, informed by a variety of sources and perspectives. She’s drawn to creating content that’s based on personal stories that relate to contemporary environmental and social issues.

“As much as I can, I try to find an emotional angle that I feel can connect a broad audience to an issue that may otherwise feel remote.”

The creative produced her first digital short film, This Is Not a Passport Photo, in just four months after she received funding for the project from STORYHIVE last year.

Initially, the idea behind the film was a photography project, to create family photographs for resettled refugees. Simpson’s inspiration came from a number of photo essays documenting the items Syrian people took with them when they fled Syria.

“Those who were able to take a few things from home often chose photographs – not full albums, just a few images – but many didn’t get that chance. The thought was staggering – I couldn’t imagine what they had gone through, but I could imagine losing my family photos and that alone was overwhelming.”

“I couldn’t replace what they had lost, but I wanted at least to help the Syrian families arriving in Edmonton create new images. Family photography is something that so many of us value, and so I expected that other Canadians might want to engage with the story.” 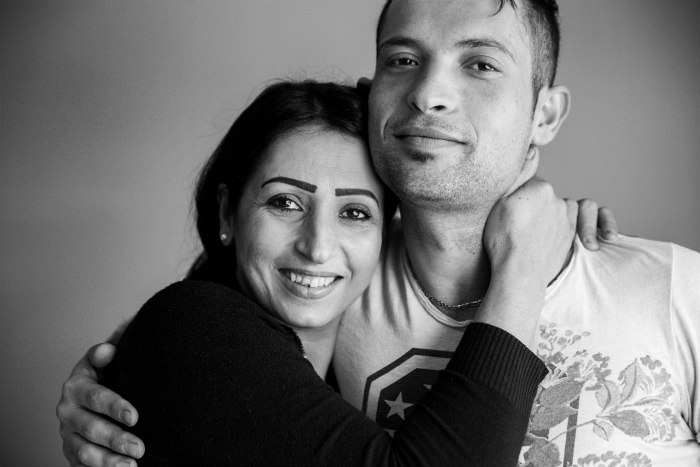 Image: Still from This Is Not a Passport Photo

In addition to recommending taking breaks from social media to create what you love, Simpson would give this advice to someone who’s just starting out in the field of photography.

“Practice often. For me, this meant giving myself projects (initially weekly, then daily) to stay accountable.

“Push your boundaries. The skills you need to photograph different subject matter – food, concerts, kids, the night sky – are hugely varied. When you experiment, even if you find that the particular subject isn’t for you, you’ll better equip yourself to capture the things you love.” 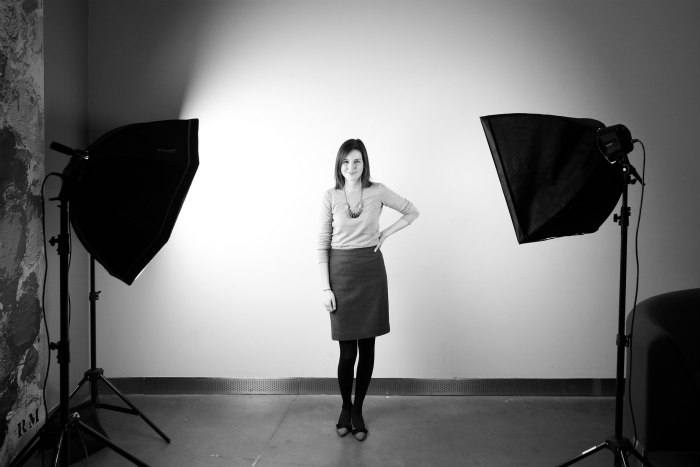 Image: Stephanie Simpson This Is Not a Passport Photo

Outside of work, Simpson connects with other creatives in Edmonton by attending events, workshops, classes, and public lectures orientated around the arts, at least a few times a month.

The talented filmmaker is currently working on the development of a “short film series about food production; a photography project about newcomers to Canada (a spinoff of This Is Not a Passport Photo); and an illustrated book.”

Now you have the opportunity to follow your passion just like Stephanie Simpson has by joining the Creator Directory at STORYHIVE. Whether you love to be behind the camera or in front, STORYHIVE is sure to find a cozy spot for you. Actors, filmmakers, directors, and writers, among others, make up the creative family and you’re going to want to be a part of it.

STORYHIVE offers production grants and distribution opportunities for filmmakers, musicians, storytellers, and creators, in BC and Alberta. They tell stories and make careers happen.