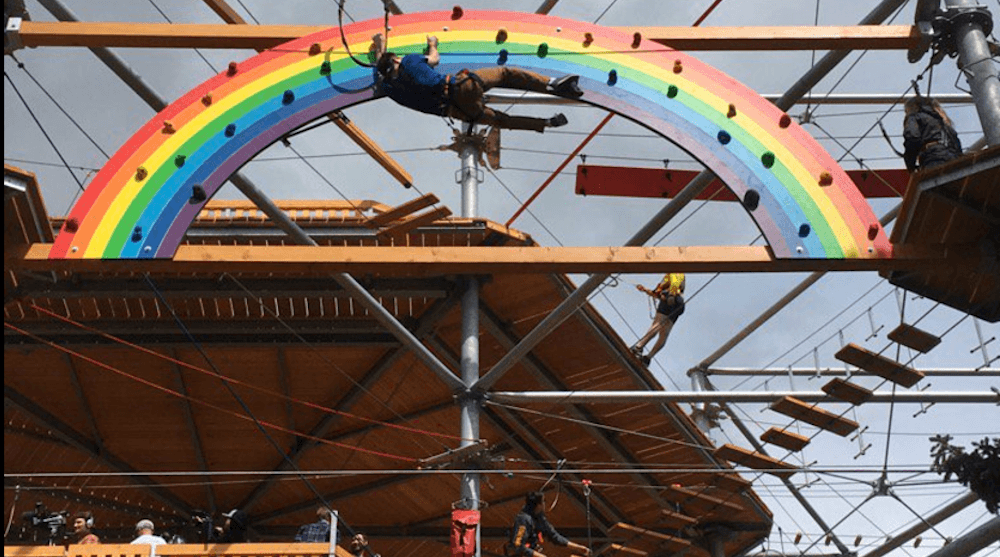 Alberta’s capital doesn’t always have the most fabulous things to boast about, but this time Edmonton wins. 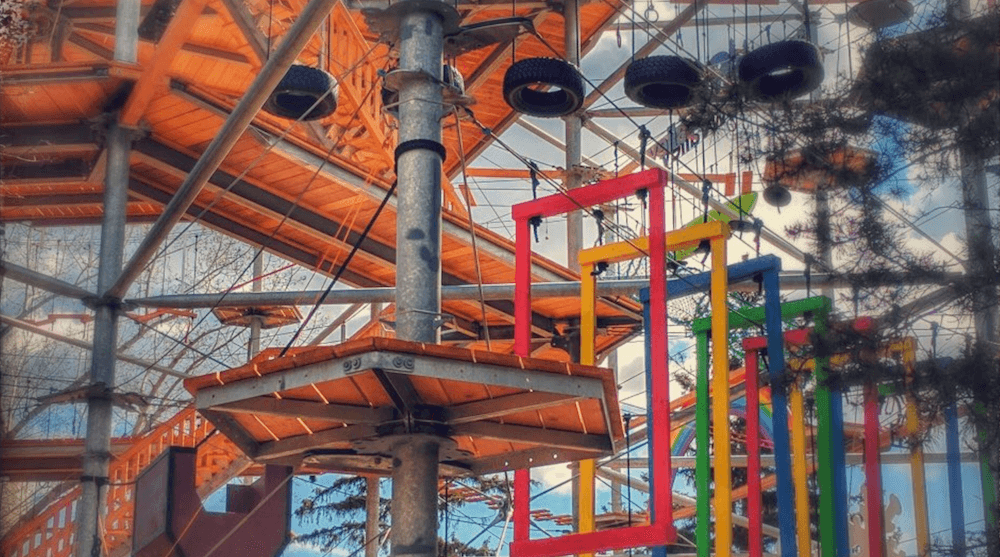 This is the first Aerial Park Tower of its kind to be built in Canada and only third one in North America.  Colorado is home to the Epic Tower and the second, called Soar Tower opened in other Nashville last year.

There are 19 games for kids aged 4 to 6 years old on the ground level, plus an additional 90 some games on levels 1-3 for older kids and the kids at heart. Average climbs take about two to three hours and you are harnessed in at all times.

Themed elements can be found scattered throughout the park including a ski bridge, snowboard balance bridge, floating picnic table, and bicycle to name a few. Games are graded like runs on a ski hill – green, blue, black and double black.

Opening in just a few days, this might make heading up north a little more tolerable – I mean common, you can only go to WEM so many times.