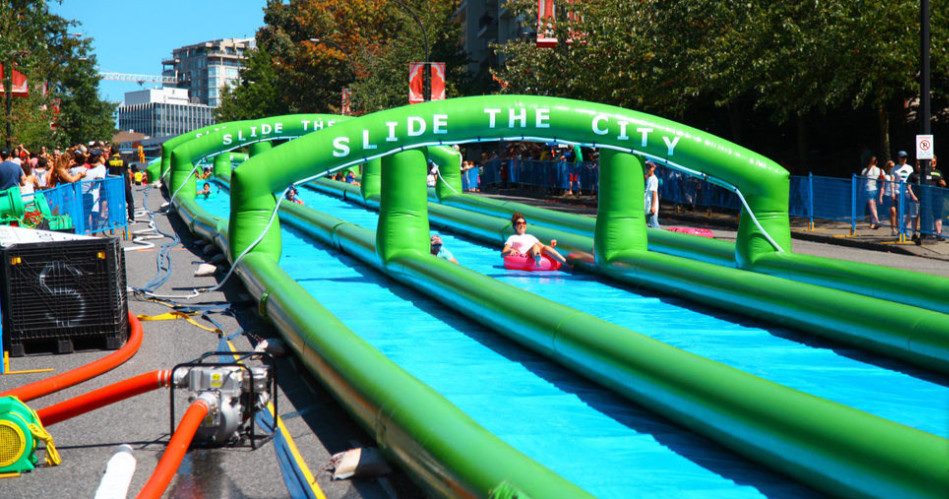 Slide The City says its second annual event in Calgary will be held just outside the Southern Alberta Institute of Technology (SAIT) campus along 10 Street NW, with the starting point located at where the street intersects with Sait Way NW.

Looking south on 10 Street NW, the route for this year’s Slide The City in Calgary:

The vinyl slide uses water to provide sliders with the slip-and-slide experience. Water used on the slide is tested regularly during the day of the event, treated with chlorine, and replaced.

This year’s event will be comparatively shorter than last year’s, which was held over a two-day span on 10th Street near Kensington. Organizers said over 8,000 people attended last year’s multi-day event.

Following some of last year’s logistical issues, single-time and triple-time sliders will be required to select a wave time – a two-hour period in which a participant will go down the slide.