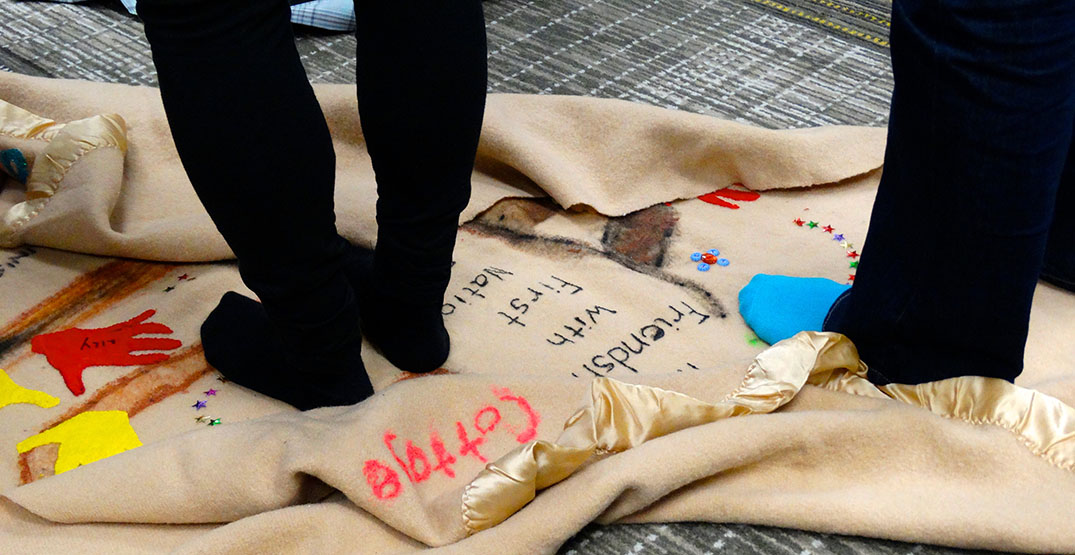 People participate in a KAIROS blanket exercise to learn about colonialism during a Truth and Reconciliation event in Ontario in 2015 (Susan G. Enberg/Shutterstock)

The Sixties Scoop Indigenous Society of Alberta has asked Premier Jason Kenney to remove a member from the province’s new curriculum review panel over his racist comments about Indigenous history.

Adam North Peigan, president of SSISA, wrote an open letter to Kenney calling for the removal of Chris Champion, a visiting research fellow at Queen’s University, from the panel that will evaluate Alberta’s new school curriculum.

“We are very upset and mortified,” Peigan wrote, adding Champion has a “history of making public comments that only fuels racism towards the Indigenous people in Alberta.”

Champion is a historian and one of eight experts who will review the social studies section of Alberta’s new kindergarten to Grade 4 social studies curriculum. But given his previous comments about Indigenous people, Peigan doesn’t think he’s worthy of the job.

Champion wrote that including Indigenous perspectives in school history curricula are a “fad” in a 2019 article in the Dorchester Review, a magazine he founded. He also wrote that a KAIROS blanket exercise that teaches children about colonization “brainwashes children into thinking of themselves as ‘settlers’ stealing the land.”

Those perspectives have no place in the school curriculum, Peigan wrote.

“Mr. Champion… casts doubt on the suffering of residential school survivors and he also questions the integrity of our elders,” Pegain said, adding his removal would signal Kenney’s commitment to reconciliation.