In southern Alberta, a straight shot west to east takes you through the soaring Rocky Mountains and thick forests to the arid hoodoos of the Canadian Badlands. Smack in the middle sits Lethbridge, a booming city of nearly 100,000 people that’s perfectly situated for adventure. 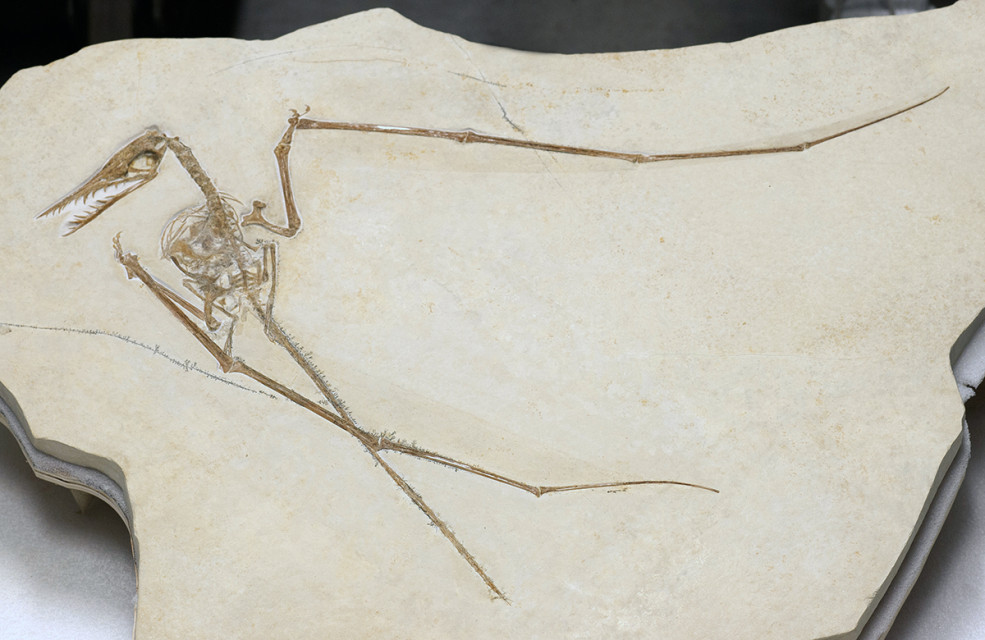 Lethbridge is located in the Canadian Badlands, a fossil hotbed since the 19th century. The Badlands cover a 35,000-square-mile region, and Lethbridge is uniquely placed as a home base for road trips with picturesque picnics in the coulees or hoodoos in mind. Devil’s Coulee and the Devil’s Coulee Dinosaur Heritage Museum are about 40 minutes south of Lethbridge. A little further south is Writing-On-Stone Provincial Park, a stunning example of the Badlands formations and excellent opportunities to learn about First Nations history and petroglyphs.

Locals love Two Guys and a Pizza Place, where owner Corey Medd dishes up creative and delicious pizzas (try the Arriba Arriba or the Perogy Pizzazz), microbrewery beer and dessert pizzas (choose from Apple Cinnamon, Cherry, Blueberry or Cookies N Cream). At independent coffee shop Round Street Cafe, indulge in exceptionally well brewed coffee and handcrafted sandwiches, soups and baking. If poutine is your thing (and why wouldn’t it be?) Piggyback Poutinerie downtown does offer a classic squeaky cheese and gravy over fries option. Of course, true aficionados will order the buffalo chicken and blue cheese, duck confit or their infamous Triple Porky, topped with pulled pork, maple sausage and bacon. 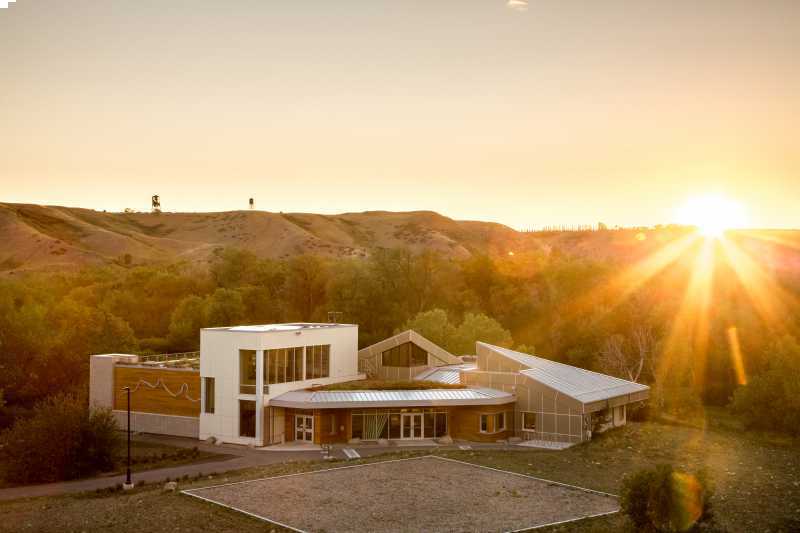 Nature lovers will revel in the spectacular Oldman River valley parks system, a collection of eight interconnected urban parks in the Oldman River valley. Combined, these 16 square kilometres makes it one of the largest urban park systems in North America, and the third largest in Canada. A good starting point for a self-guided walk through the valley is the Helen Schuler Nature Centre, a brand spanking new LEED-Gold certificated building with changing exhibits and a variety of public programs for children and adults. 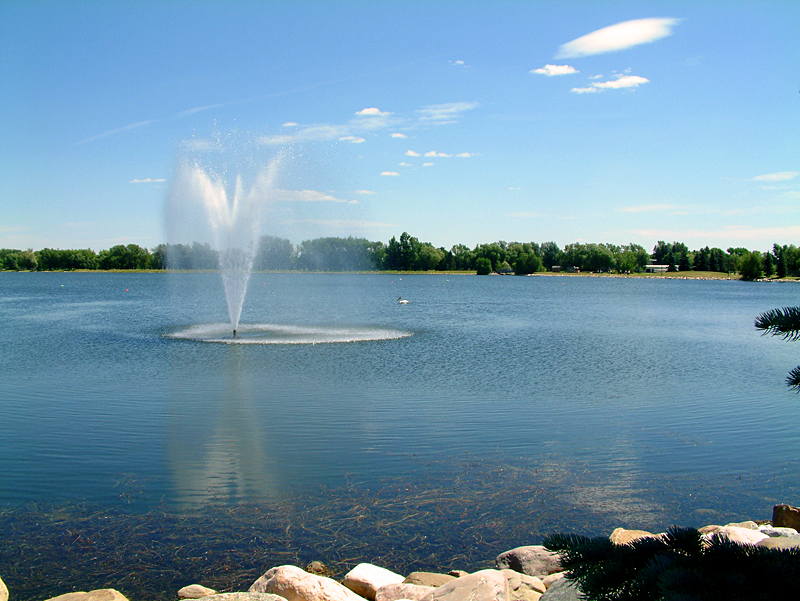 “Henderson Lake” by Original uploader was Kmsiever at en.wikipedia

A focal feature of the city, Henderson Lake is a 24 hectare manmade lake, circled by mature trees and groves, gardens, picnic shelters, playgrounds and more than seven kilometres of trails. Bring your kayaks, canoes and stand up paddleboards, but watch your toes – the lake is teeming with crayfish. 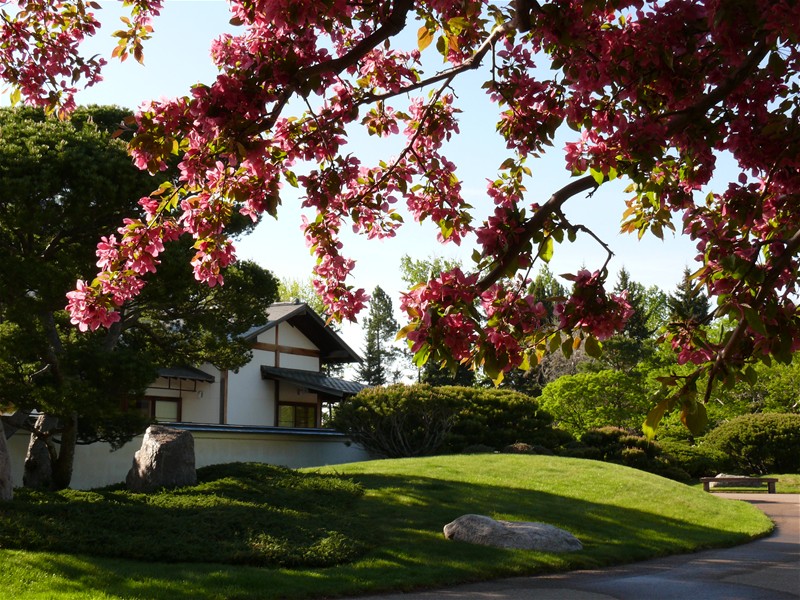 Find a little serenity now at the Nikka Yuko Japanese Garden, on the southern edge of Henderson Lake. Visitors are greeted by a host in traditional Japanese garb. Guided tours are available, though many return visitors choose to find a place to sit and enjoy the tranquility of the garden in solitude, nary a set of white earbuds in sight. The garden merges Japanese and Canadian culture with many layers of symbolism in the design, with rocks, bridges and water features providing beautiful highlights. The structural components (teahouse, bell tower, azumaya shelter, gates and bridges) were handcrafted in Kyoto, dismantled and shipped to Canada, then reassembled by master tradesmen from Kyoto. 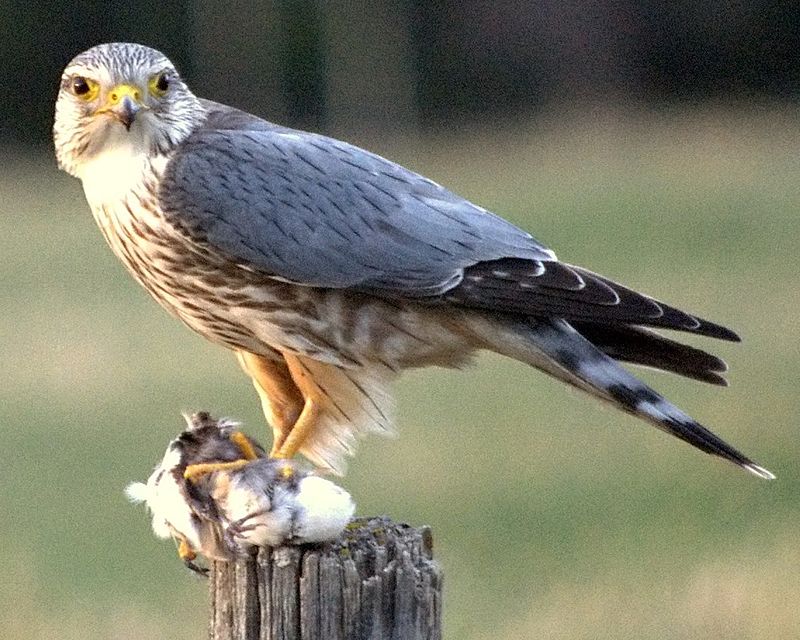 Situated on 70-acres of beautiful wetlands, visitors can learn about the hawks, falcons, eagles and owls of Alberta at the Alberta Birds of Prey Centre, Canada’s largest birds of prey facility. The hawk walk is a popular part of a trip to the centre, these birds sit glaring mere feet from the pathway. Trust me, it’s more intimidating that you might expect. Flying demonstrations are another highlight, and take place every 90 minutes throughout the day.