Out with the old and in with the newly renovated. The Second Cup located on Southland Drive in the Braeside Shopping Centre just got a recent facelift.

The new cafe is the 12th new concept Second Cup Coffee Co. store to be opened in Canada and the first one in Calgary. The new cafe features a slow bar where handcrafted beverages are created in front of customers with an interactive seating area, a milk bar where dairy options are “on tap” in a fun custom design, pour-over coffees, and the use of a steampunk while brewing teas and coffees. 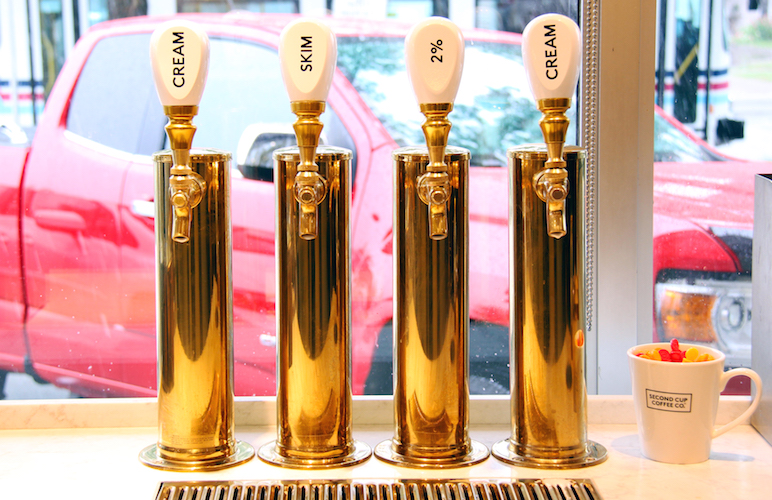 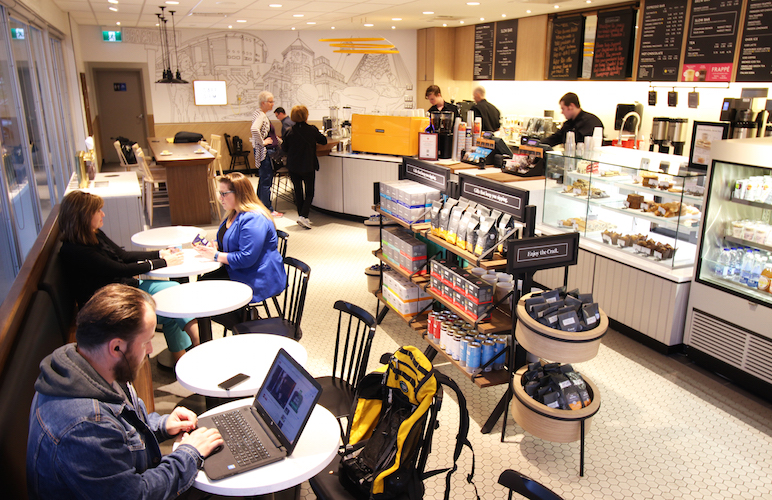 “Calgary is a special place for all of us at Second Cup and we are thrilled to share our passion for coffee with Calgarians in this brilliantly renewed space,” says Ms. Alix Box, President and CEO, The Second Cup Ltd. “Calgary is one of the key markets in the Second Cup transformation, and while we have had a café in this location for more than 20 years, today represents a new beginning. This café – as with all new cafés of the future – proudly recognizes Second Cup Coffee Co.TM operators with outdoor café signage acknowledging their role in making this café unique and meaningful.”