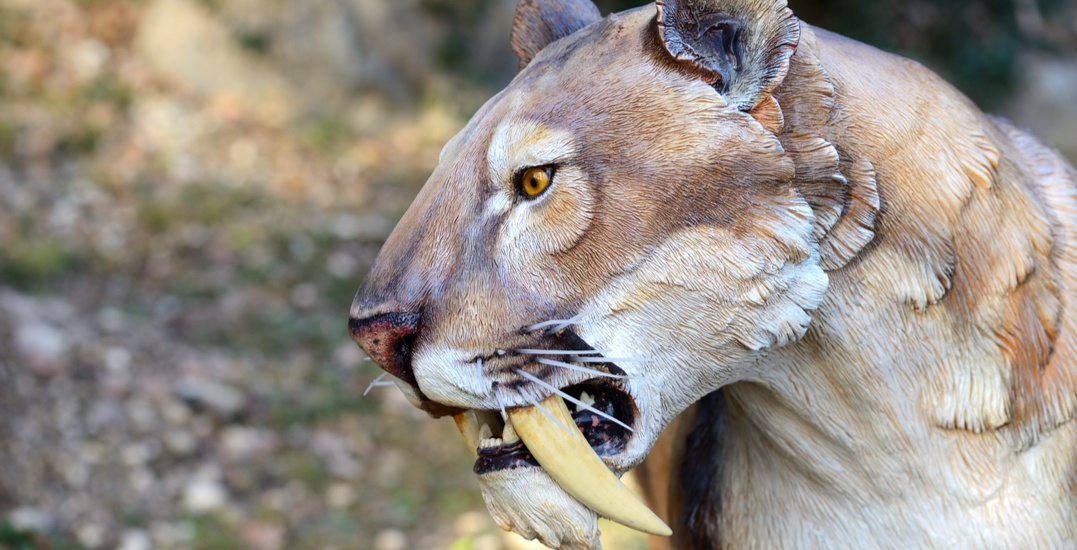 Huge, sabre-toothed cats used to prowl the continent of North America over 10,000 years ago, with some existing as far north as what we now know as Medicine Hat, according to new research.

In a study published in the Canadian Journal of Earth Sciences in January of this year, the article “Late Pleistocene records of felids from Medicine Hat, Alberta, including the first Canadian record of the sabre-toothed cat Smilodon fatalis” states that fossils collected in the 1960s contained the first confirmed occurrence of what is commonly referred to as sabre-toothed tigers in Canada.

According to the article’s abstract, over 1,000 vertebrate fossils were originally collected around 50 years ago by a team led by C.S. Churcher and A. MacS. Stalker in the Medicine Hat bluffs.

However, the sabre-toothed tiger, or Smilodon fatalis, fossils were not described or illustrated, meaning that the ground-breaking discovery was never verified.

A team at the Department of Ecology and Evolutionary Biology at the University of Toronto has now described and illustrated the field fossils, confirming the only known presence of the sabre-toothed tiger in Canada.

“Notably, this record of S. fatalis is its first confirmed occurrence in Canada and is a significant northerly range expansion, bringing the global distribution of this species in line with what is typical for a large felid,” the abstract reads.

“Should the tentative record of Panthera cf. P. spelaea be correct, this would represent its first occurrence in Alberta and a southeastern range extension, bringing it into the range of P. atrox,” the abstract states.

“The possible presence of both P. atrox and P. spelaea suggests that Late Pleistocene pantherine biogeography in North America may be more complex than previously believed, particularly during relatively warm interglacial periods.”

We’re just glad that we don’t have to worry about running into these cats on the Alberta plains nowadays.