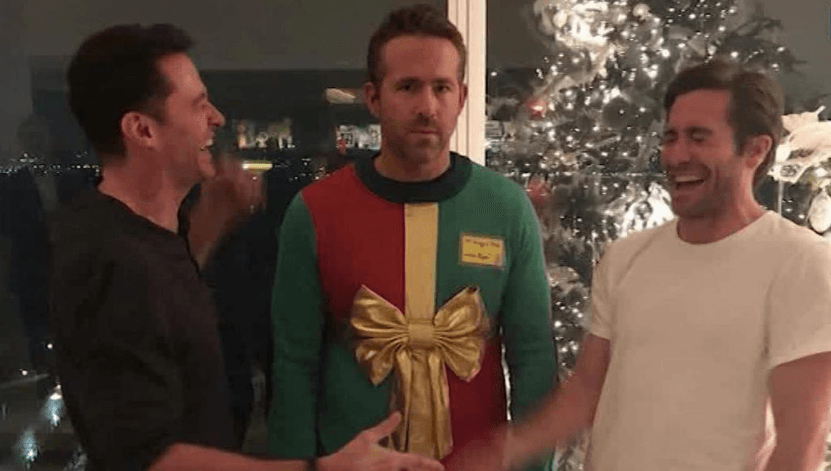 Ever show up at a party and think, man, I am not dressed correctly for this?

The Deadpool star was just served a wicked holiday prank by his good buddies and fellow Hollywood heavyweights Hugh Jackman and Jake Gyllenhaal.

Reynolds said his friends told him he was attending a Christmas sweater party. But the party wasn’t a costumed affair at all. 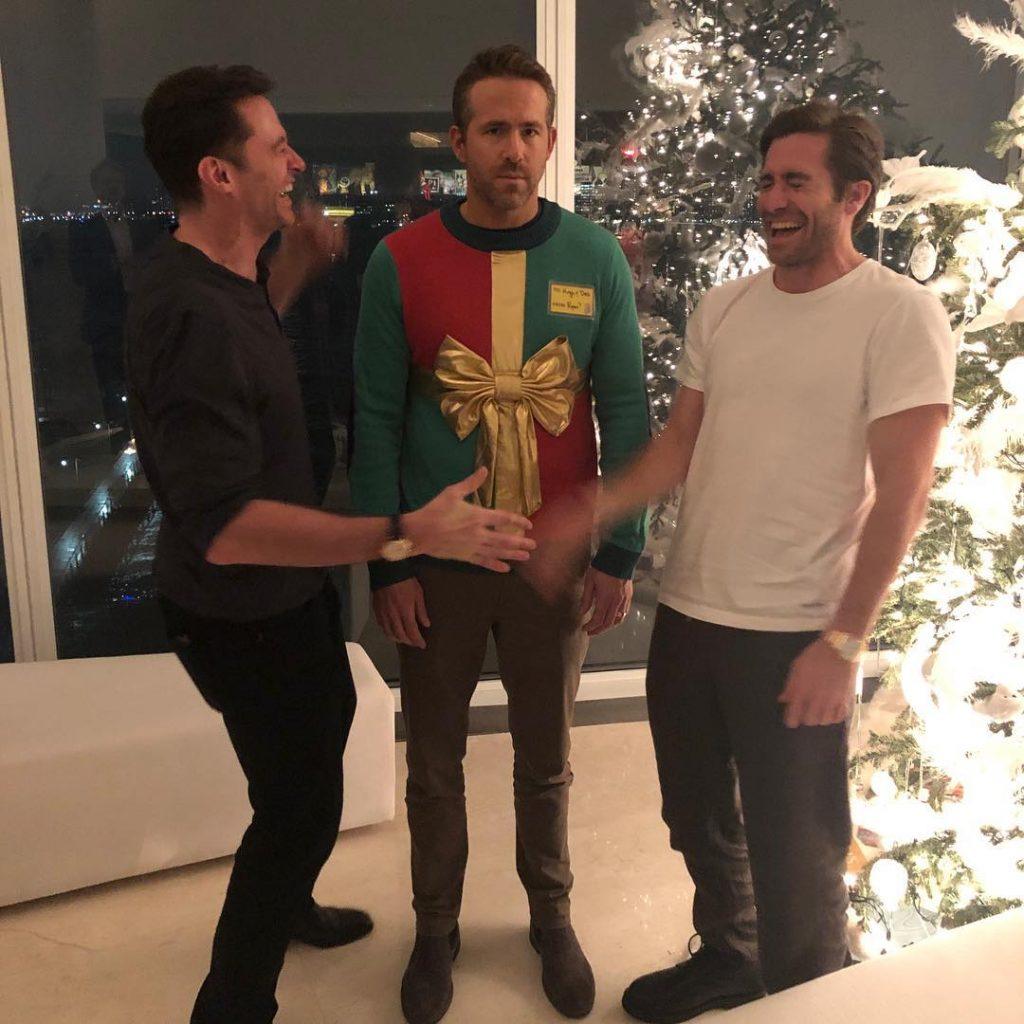 An Instagram post shows the 42-year-old downtrodden between his two grinning buddies and the caption: “These f*cking assholes said it was a sweater party.”

The prankster pair seem rather pleased with themselves about pulling it off — slapping each other’s hands in another pic posted to Reynold’s page.

The thing that makes this prank extra epic is the detail on Reynold’s ugly sweater, which is present-themed. There’s a little tag beside the bow that is addressed to Gyllenhaal and Jackman.

These fucking assholes said it was a sweater party. 🎄