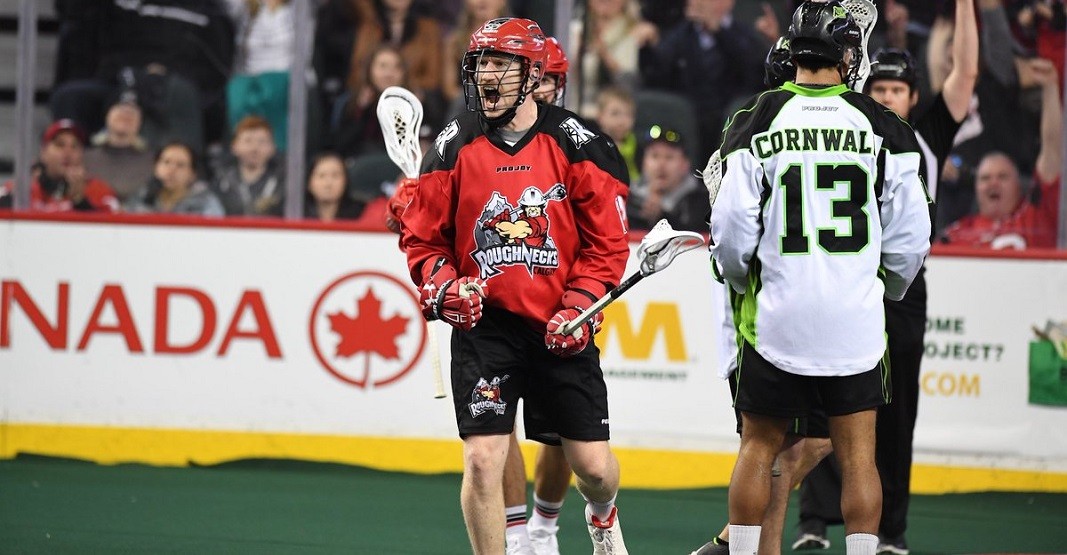 He’s the Alex Ovechkin of lacrosse.

Since Curtis Dickson entered the National Lacrosse League in 2011, no player has scored more goals than the 349 tallies the sniper from Port Coquitlam, B.C has registered with the Roughnecks.

With four games still to play in the 2018 season, Dickson’s 36 goals in 14 games this year ranks him third in the league, just five back of the leader.

But by Dickson’s standards, this would actually be considered a down year.

A year ago, Dickson won the goal scoring race with 54 goals in 18 games, eight more than the runner-up.

The season prior was even better, with the 6-foot-2, 210-pound Dickson registering a career-best 61 goals, the third highest single-season goal total in NLL history.

It’s something that shouldn’t be taken for granted by the fans in Calgary. After all, elite snipers don’t grow on trees, and Dickson statistically has been among the best to ever play in the league. 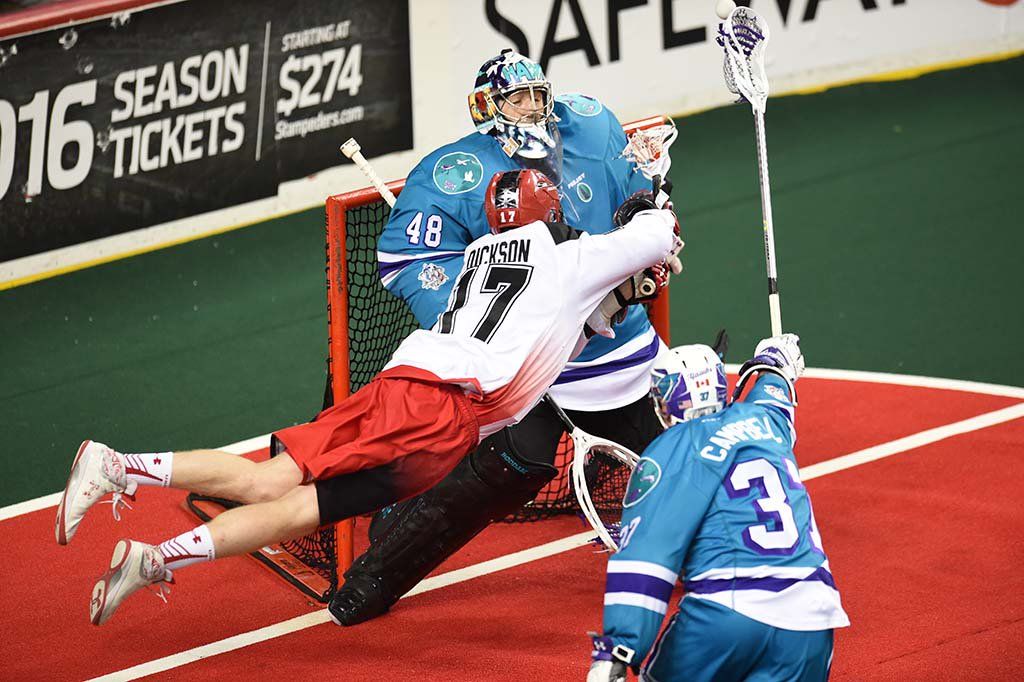 At just 29 years old, Dickson  is on pace to finish among the best goal scorers in lacrosse history by the time his career is done.

In terms of Roughnecks scoring, Dickson has almost taken over Dane Dobbie for most goals all-time. Though Dobbie is still playing, Dickson will pass him sometime next season assuming both stay around their current scoring pace. Dobbie currently has 361 career goals, just 12 more than Dickson.

A few more seasons of prolific goal scoring and Dickson will find himself in the top ten in all-time scoring.

The question is, how far up that list can he climb?

John Tavares’ insane 815 career goals is out of the question, but after that it gets interesting.

Second all-time is John Grant with 668 goals, and Dickson could pass that with enough strong seasons.

Assuming Dickson averages 40 goals a season, it would take him eight seasons to hit that mark. Starting next season at 30 years old, it might be tough for Dickson to produce that well for that long, but this is one of the best goal scorers of all-time after all. It could be done.

After Gary Gait (third all-time with 635 goals), next on the list is Colin Doyle with 527 goals. Assuming Dickson stays healthy, he should be able to top that and crack the top five.

Helping Dickson’s case for continued goal production is that his shot totals have been incredibly consistent in his career. He’s the only player in the league to hit 200 shots in each of his last six seasons (11+ shots per game). When you shoot that much, the goals will naturally follow.

Dickson’s already among the elite when it comes to the goals-per-game statistic. He scores an average of 2.60 goals every game, which is just a fraction of a goal less than John Tavares (2.71), who is fifth all-time in that stat.

If you’ve seen Dickson play, you can say you’ve seen one of the best goal scorers in lacrosse history. And with every goal, he gets one step closer to the history books.