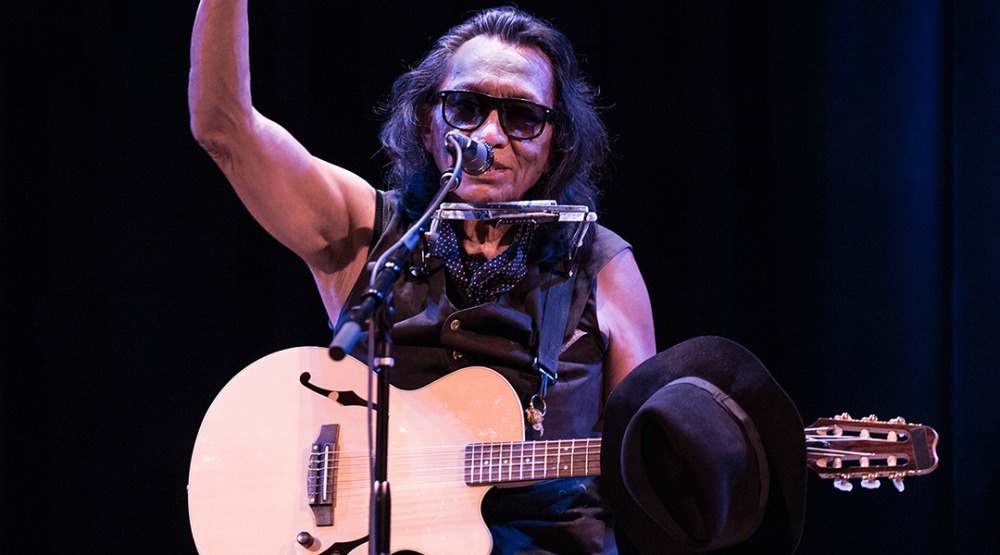 Legendary Mexican-American folk musician Rodriguez is hitting up Calgary with his full band on August 3.

Performing at the Southern Alberta Jubilee Auditorium, fans can expect to hear the blues meets soft rock musician play iconic hits including I Wonder, Like Janis, and more.

Sixto Diaz Rodriguez was born in Detroit in 1942, and has translated his diverse experiences into his music. He holds a BA in philosophy from Wayne State University, and sings of cruelties facing the inner city poor in much of his music.

As a talented singer-songwriter, Rodriguez began performing at bars and clubs in Detroit in the 60s. From there, he recorded his popular albums Cold Fact and Coming from Reality with Sussex records.

Rodriguez’ music is now popular on a global scale and his track Sugar Man became the soundtrack for 2012 Oscar award-winning documentary, Searching for Sugar Man, directed by Malik Bendjelloul.

Rodriguez now tours extensively in South Africa, Australia, Europe, Canada, and the US. As an artist, he appreciates greeting fans old and new a like – many of whom are able to find common ground through listening to his music.

You can expect to hear Rodriguez play songs from his albums Coming from Reality and Cold Fact on his North American tour this summer.

Tickets for the concert officially go on sale tomorrow at 10 am through Live Nation. And we’re offering one lucky Daily Hive reader the chance to win two of them for free by entering the contest found below.

Enter for your chance to win two tickets to see Rodriguez and his full band at the Southern Alberta Jubilee Auditorium on August 3.

To enter to win two tickets to see Rodriguez and his full band live on August 3, do at least one of the following:

3. Leave a comment below telling us your favourite Rodriguez song (1 entry)

Contest entries will be accepted from the time and date of publishing until 11:59 pm on March 31, 2017. One winner will be chosen at random and contacted through the platform they used to enter.