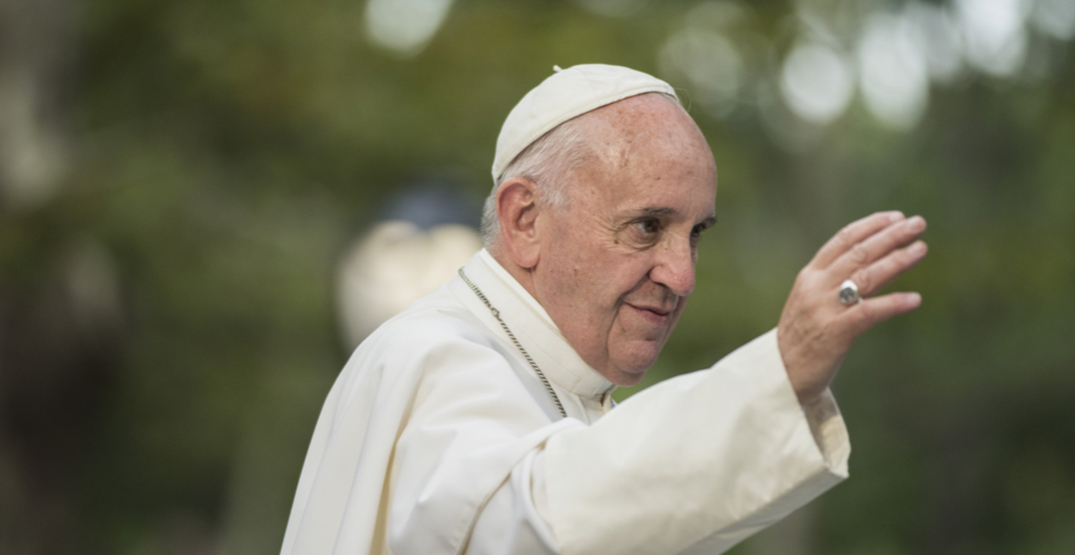 Pope Francis is travelling to Lac Ste. Anne on Tuesday, resulting in massive rolling road closures across central Alberta during his visit.

Rolling closures along sections of Highways 16, 43, and 633 will be in effect on July 26 to accommodate the papal motorcade, the Alberta government said in a news release.

Rolling closures mean the highways will be closed before and after the Pope passes through.

To accommodate the movement of guests to the event, closures and restricted access to Highways 16 and 633 can be expected on all range roads and township roads west of Highway 43 and east of Highway 765 south of Lac Ste. Anne.

Highway 633 between Highways 757 and 43 will be closed except for buses and local traffic.

Due to the high volume of traffic expected in the area on July 26, travellers can expect delays on Highway 16 west of the City of Edmonton to Highway 757 and should plan ahead and consider alternate routes if possible.

On Monday, the Pope delivered a historic apology for residential school abuses, saying that he was deeply sorry adding that asks for “forgiveness in particular in ways in which many members of the church cooperated in projects of cultural destruction and forced assimilation promoted by the governments of that time which culminated in the system of residential schools.”