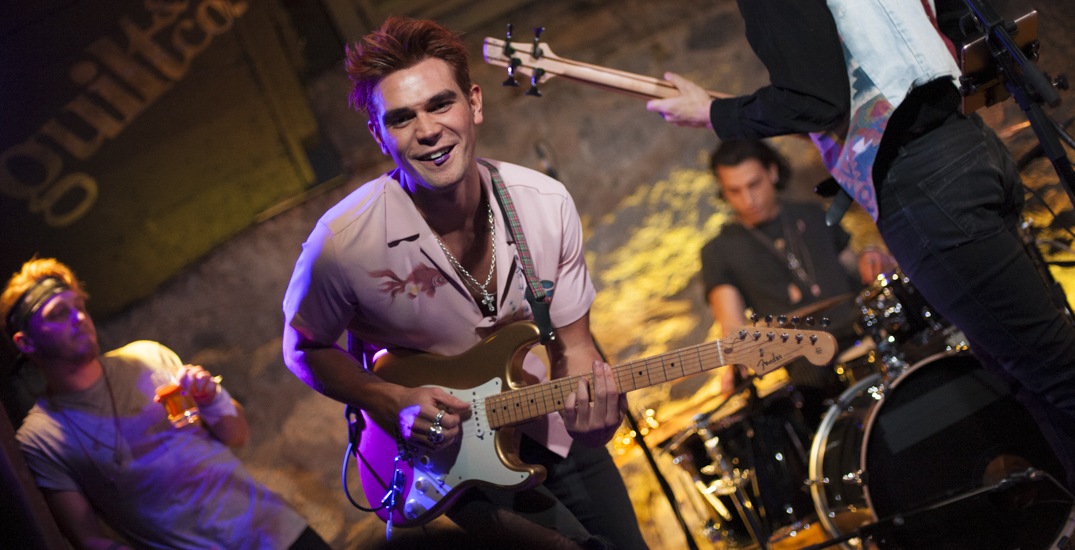 All photos by Anil Sharma

Tuesday nights in Vancouver’s Gastown neighbourhood aren’t often known for being electric and exciting, but that was far from the case last night.

A handful of lucky fans were able to watch the debut concert of Vancouver’s newest band, The Good Time Boys, a group of four that just happened to include KJ Apa and Rob Raco – two stars on CW’s hit show, Riverdale. 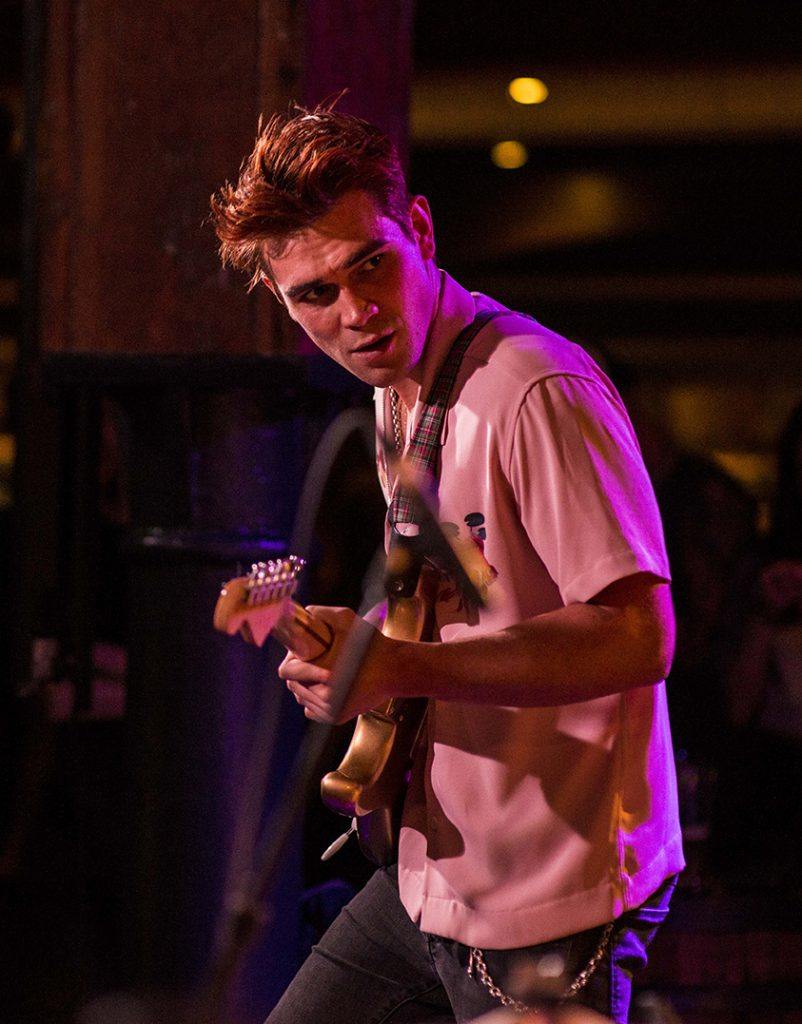 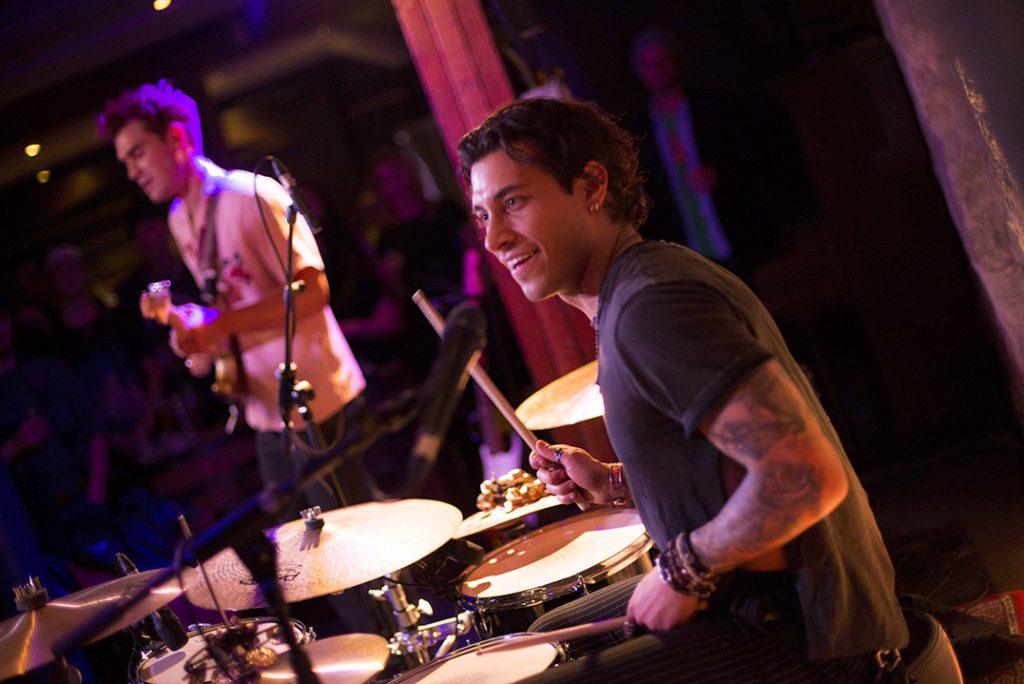 KJ Apa, who plays Archie Andrews, showcased his talent on the guitar and Rob Raco, who plays Joaquin DeSantos, played the drums.

The four-man group filled the tiny dance floor of Guilt & Company and performed an eight-song set, as those passing by pressed their faces against the glass windows.

“We started practicing two days ago,” explained bass player Alex Carruthers, to Daily Hive after the show. “This is our first show. Rob [Raco] flew in from LA for this.” 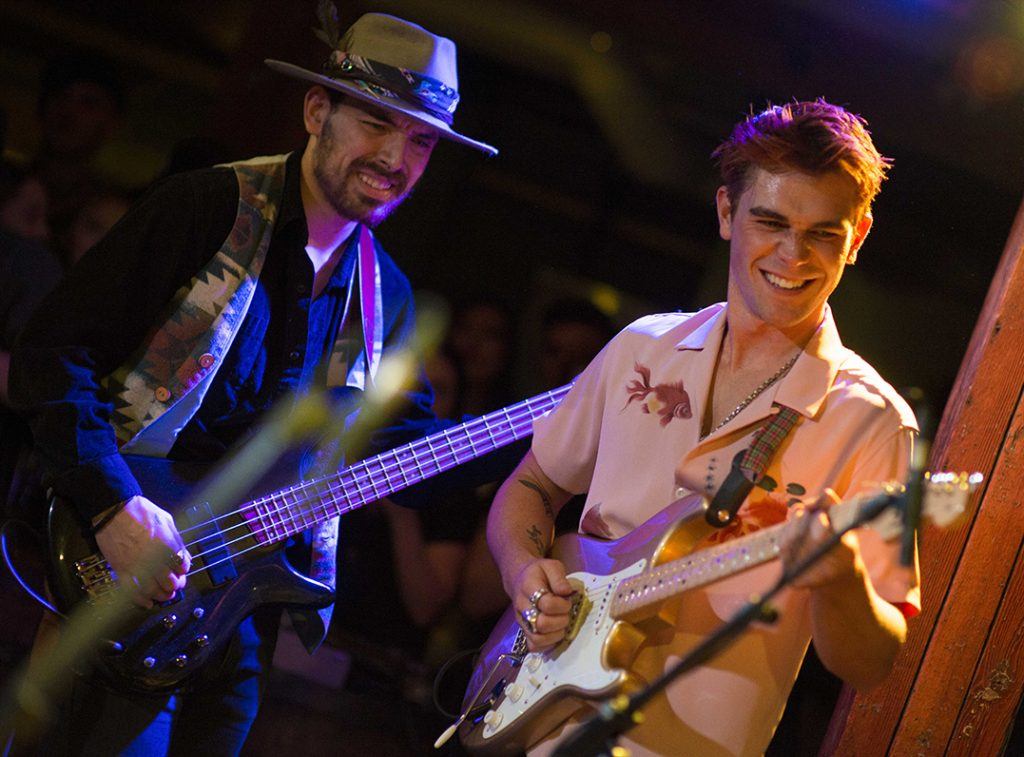 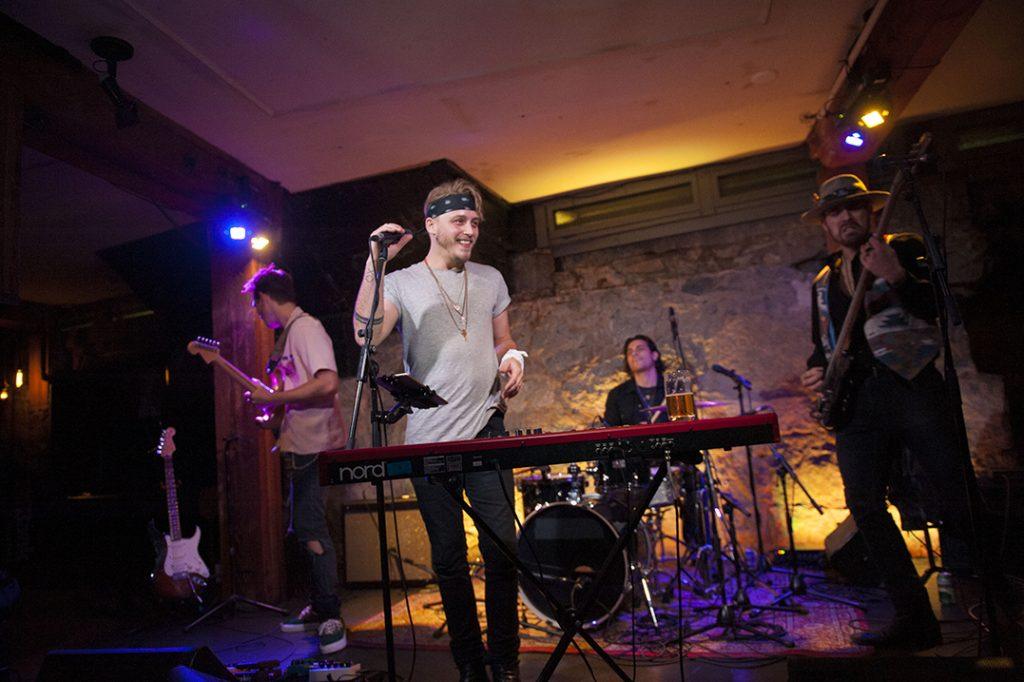 “He and I are old friends. Him, KJ, and I have become friends and had an idea to play together. We got Josh Wyper (vocals and keyboard) to play with us at the last minute and he filled an incredible spot.”

Their semi-secret show included a soul-funk spin on Fleetwood Mac’s “Dreams,” John Mayer’s “Vultures,” and a finale of David Bowie’s “Fame,” to name a few songs. 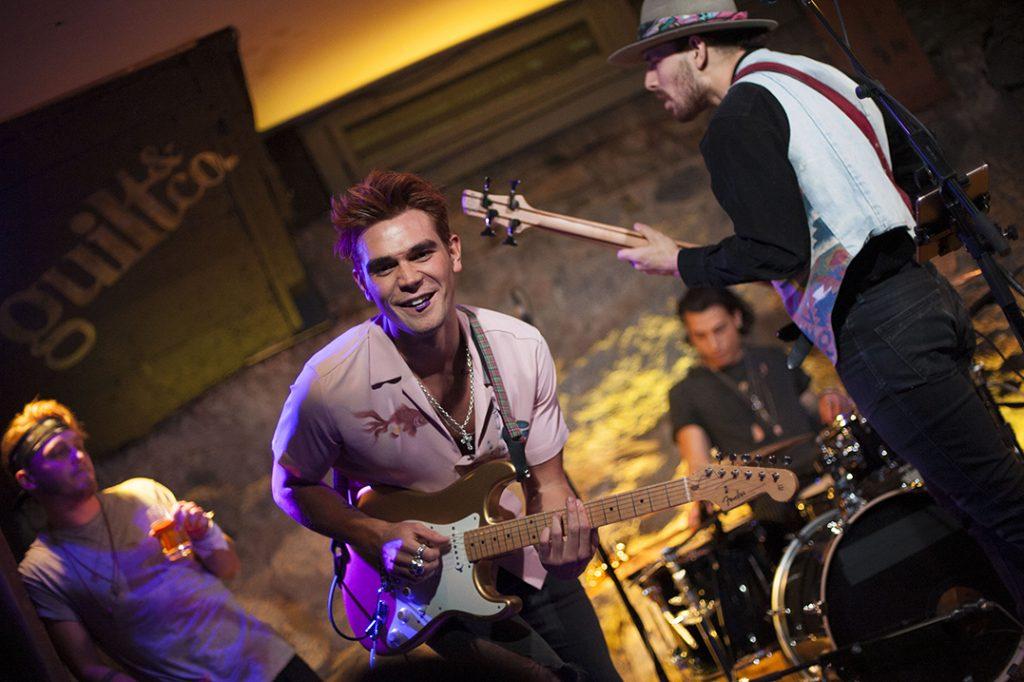 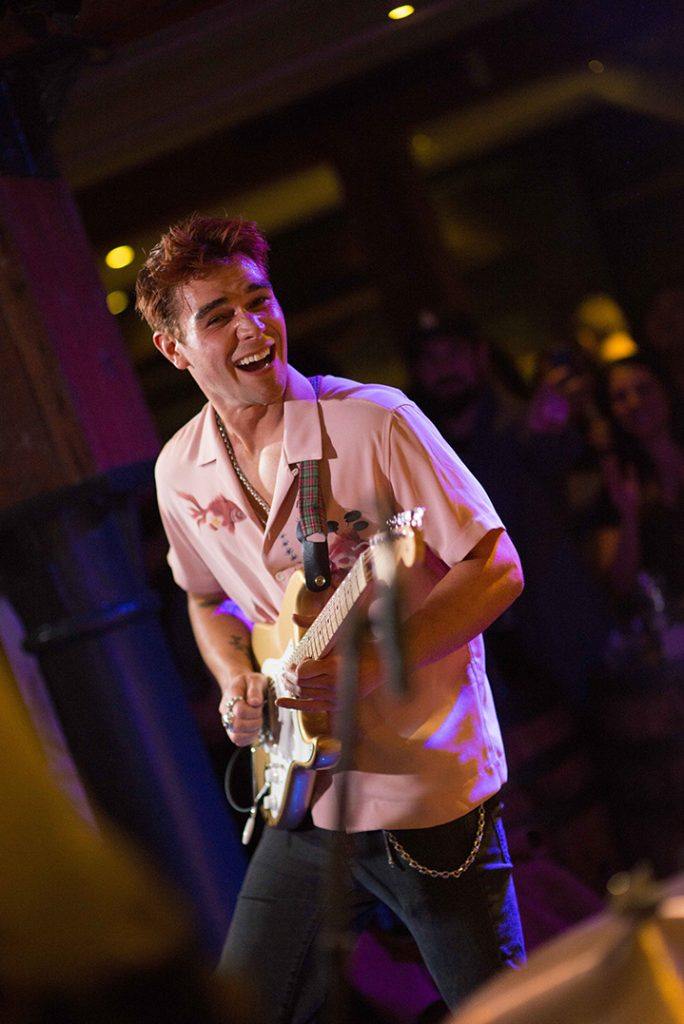 “All four of us became a band of brothers tonight,” smiled Carruthers. “It was a lot of fun.”

“[KJ and Rob] being stars doesn’t affect me because we’re friends,” he continued. “When people come out like this you remember that they’re big stars but for us, we’re just friends making music.

“The songs we played felt like a good fit for us. There’s definitely going to be more coming. We did a lot of covers tonight but in the future we’re going to be writing, getting into the studio and start getting bigger shows. This was a test run and it went really well.”

Successful actors have a long history of embracing their rock and roll passions. These six stars created their own versions of The Good, The Bad and The Ugly:

Donald Glover: From Atlanta to a galaxy far, far away, Childish Gambino has always kept it real.

Jared Leto: Pretentious? Pompous? Perhaps, but 15 million albums sold suggest that Leto has created a legacy rather than a passion project.

Billy Bob Thornton: Few people remember his musical work with The Boxmasters, other than being the genesis of the last time anyone took Jian Ghomeshi’s side in an argument.

Jada Pinkett Smith: Her more-than-enviable dream life raised questions about the authenticity of the angst in her vocals for metal band Wicked Wisdom.

Bruce Willis: It’s easy to forget that Hollywood’s grumpiest star released “The Return of Bruno,” an album of cheesy soul pop covers, back when he had hair instead of an attitude.

William Shatner: The most bizarre of all the actors turned musicians, his spoken word interpretations of the classics are either unlistenable or genius, depending on who you talk to.