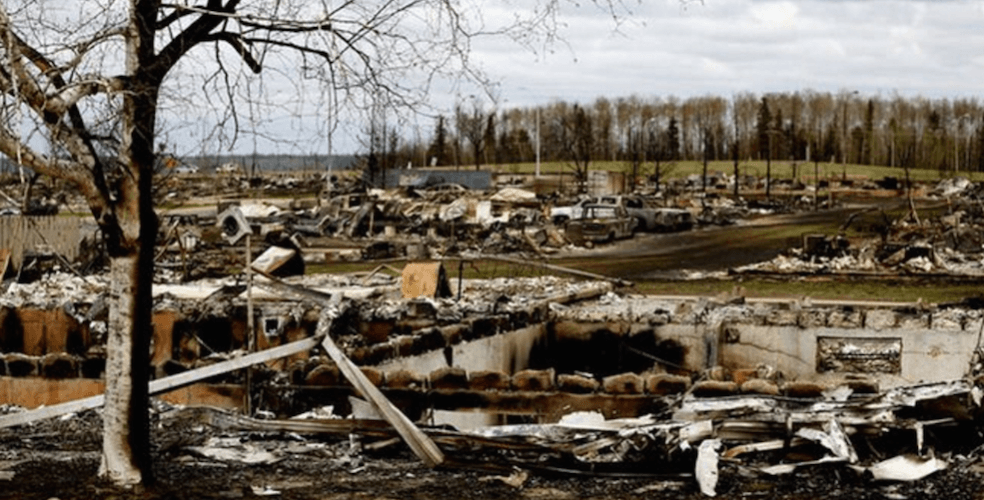 The Northern Alberta Wildfires have been burning for more than two weeks, prompting a provincial state of emergency and action from both the Provincial and Federal governments.

In Wednesday’s update, Premier Rachel Notley said a conditional timeline for re-entry into Fort Mac is now in place. Residents who were forced to flee their homes on May 3rd could potentially move back to the city as early as June 1st.

The June 1 move back date is contingent on if the area is safe enough for people to return. Weather in the area is contributing to the government’s optimism, having been cooler and more humid recently bringing down some much-needed rain.

Residents of Fort McMurray can use an online mapping website created by the Regional Municipality of Wood Buffalo to assess the status of their homes and businesses. The site allows you to enter your address and then brings up an aerial view of the property.

Journalists and residents have been taking to social media to show the continued effects of the fire. In the last few hours, reports are showing the fire has now grown to just over half a million hectares in size and has crossed the Saskatchewan border.

The #ymmfire grows again. Now 483-thousand hectares or 7x the size of Edmonton. Some rain in forecast! #FortMacFire pic.twitter.com/eNuvTjLupV — Bill Fortier (@BillFortierCTV) May 19, 2016

A friend sent me this shot from The airport at Firebag right now. #ymmfires

Heading to safety thanks to Craig! @katynicolea #ymmfires #evacuation2 A photo posted by yvonne_leforr (@yvonne_leforr) on May 16, 2016 at 6:46pm PDT

The ‘beast’ rages on. Huge flare up on the southern edge outside #FortMac #ymmfires @globalcalgary @globalnews

Air quality a big problem here in Fort Mac. In some spots it’s hard to even see 50 metres in front of you. @globalcalgary #wildfires #Alberta #ymmfires A video posted by Jayme Doll (@dolljayme) on May 14, 2016 at 10:40am PDT

9000ft near Waynewright, Alberta (Canada). this is my view (no filter, camera not worse than eyesight) and I can faintly smell smoke. #fortmcmurray #ymmfires #fromthesky #aviation #canada #instagramaviation #c172 #cessna