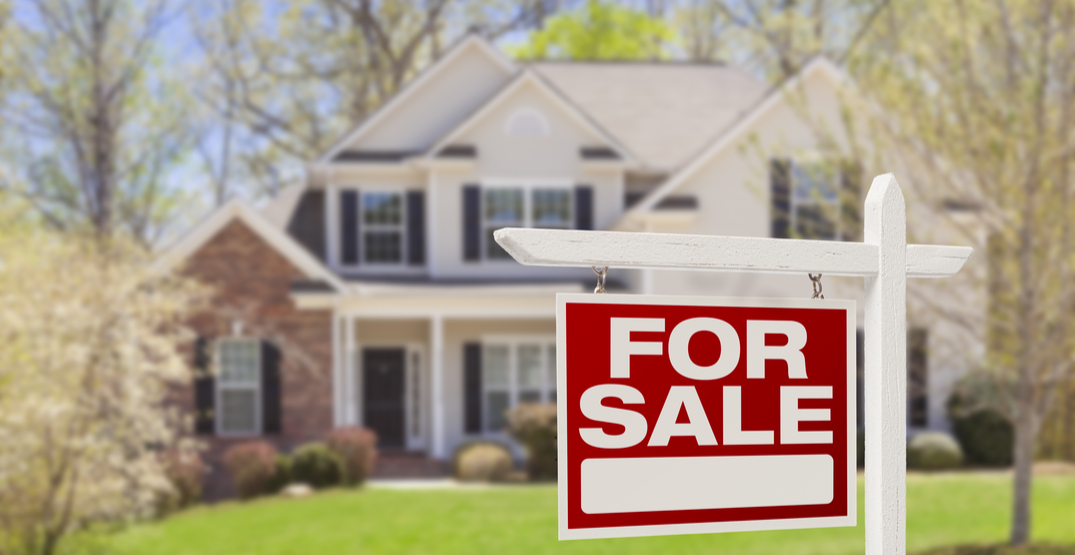 Expect ‘modest’ price increases when it comes to real estate in Canada next year.

According to the RE/MAX 2019 Housing Market Outlook, the average sales price is expected to increase by 1.7% nationally.

The new Outlook reports that housing markets across the country have stabilized in 2018, after the unprecedented increases in average sales price that many markets experienced in 2017.

“However, there continue to be some outliers in 2018 average sales price gains, particularly in areas outside of the main city centres,” states the Outlook report.

So what does the market look like from coast to coast?

According to RE/MAX, reduced foreign buyer activity has opened up more opportunity for local buyers in Greater Vancouver’s condo market. And while average residential sale prices for all properties increased by 2%, from $1,030,829 in 2017 to $1,049,362 in 2018, the number of sales dropped by 30%.

That low absorption rate is expected to bring down average residential sale prices in 2019 by 3%, which is good news for buyers.

“The drop in sales in key markets across British Columbia can be partially attributed to Canadians’ increasing difficulty in getting an affordable mortgage in the region,” says Elton Ash, Regional Executive Vice President, RE/MAX of Western Canada. “The situation created by the introduction of the mortgage stress test this year, as well as continually increasing interest rates, means more Canadians will be priced out of the market.”

Slowing economic conditions in Alberta have contributed to a decrease in average residential sale prices in Edmonton, from $393,003 in 2017 to $379,539 in 2018, according to the report. And while economic recovery is expected to take some time, “the luxury market is thriving, with prospective investors in cannabis and migrant speculators driving this new segment.”

But in Calgary, the market is expected to stay relatively flat in 2019, which RE/MAX reports is due to its reliance on the oil and gas industry, and further real estate hindrances like the mortgage stress test.

Lack of affordability in the single-detached market will make it difficult for buyers, but the resale condo market, on the other hand, now represents almost 37% of total residential sales, with its relative affordability fueling the growth.

Average residential sale price is expected to increase by 2% in 2019, which is above the national average.

“Due to the stress test and increasing interest rates, we are seeing more buyers in traditionally affordable regions in Ontario unable to enter the market,” says Christopher Alexander, Executive Vice President and Regional Director, RE/MAX of Ontario-Atlantic Canada. “This is particularly true for first-time buyers and single Millennials, as evident in cities like Brampton, Kingston and Durham.”

In Atlantic Canada, Halifax, Saint John and St. John’s have all experienced stable price appreciation in 2018, RE/MAX reports. Detached homes continue to be the most in-demand property type in the area, while the region’s ageing population and retirees are driving the condominium market.

The economic slowdown and drop in oil prices in St. John’s have resulted in a buyer’s market, but activity is expected to pick back up in the latter half of 2019, according to the Outlook.

Here’s a glimpse of the predicted changes in home sale prices in cities across Canada: 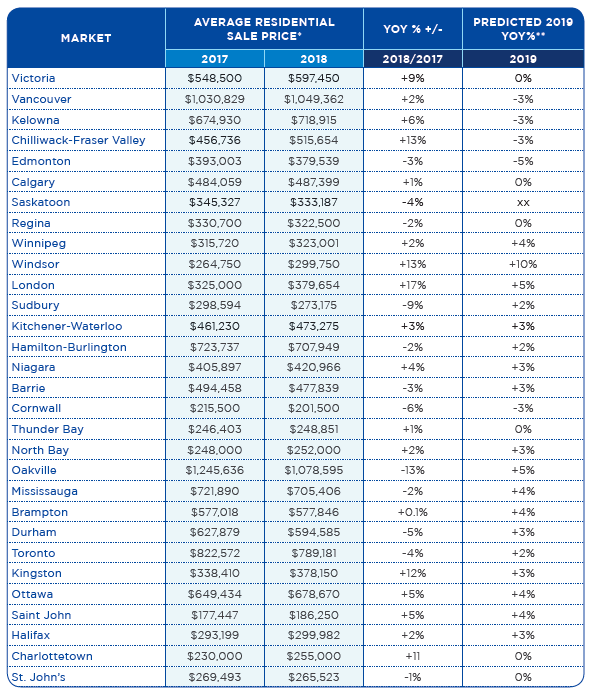